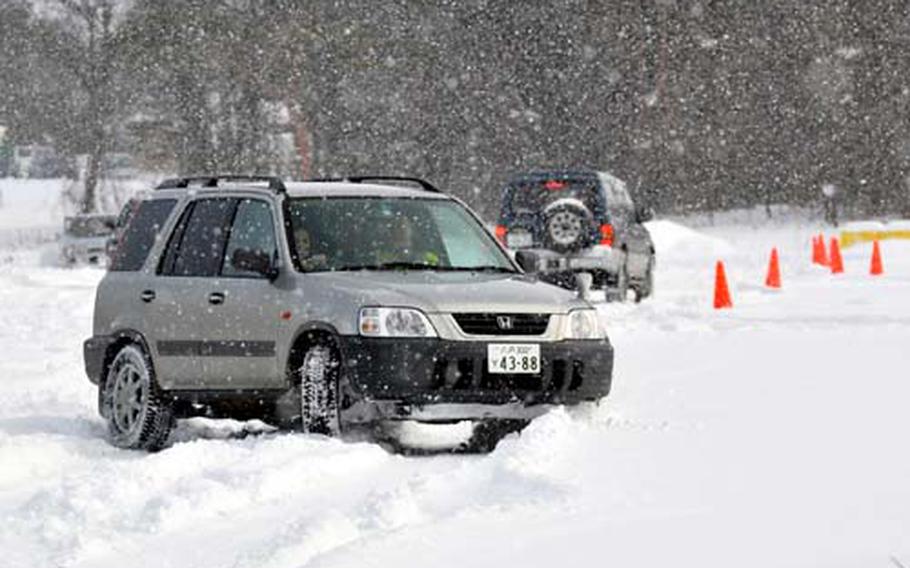 MISAWA AIR BASE, Japan &#8212; Staff Sgt. Trent Mall believes he has a good reason for wanting to be an instructor in the new &#8220;Slippery Weasel&#8221; winter driving course here.

Mall said that each person he teaches to drive on ice and snow means one less person to worry about on the roads.

And he has reason to worry: Misawa base residents rack up an average of more than an accident a day each January and February. To help combat the problem, the 35th Fighter Wing&#8217;s safety office created the new voluntary training course, putting a vacant lot on Security Hill to use with three separate tracks.

On Jan. 15, they ran the first course, certifying additional instructors and allowing a handful of participants to slip, slide and skid their way through three training sessions.

The group spent an hour in a classroom before driving their own cars to the course.

He said he had been steering into the turns to get the back end of his car to slide.

&#8220;We&#8217;re going to make sure that we not only train our folks to be able to drive in these conditions, but also to let the community to know that we&#8217;re doing everything we can to be able to reduce the number of accidents Americans have.&#8221;