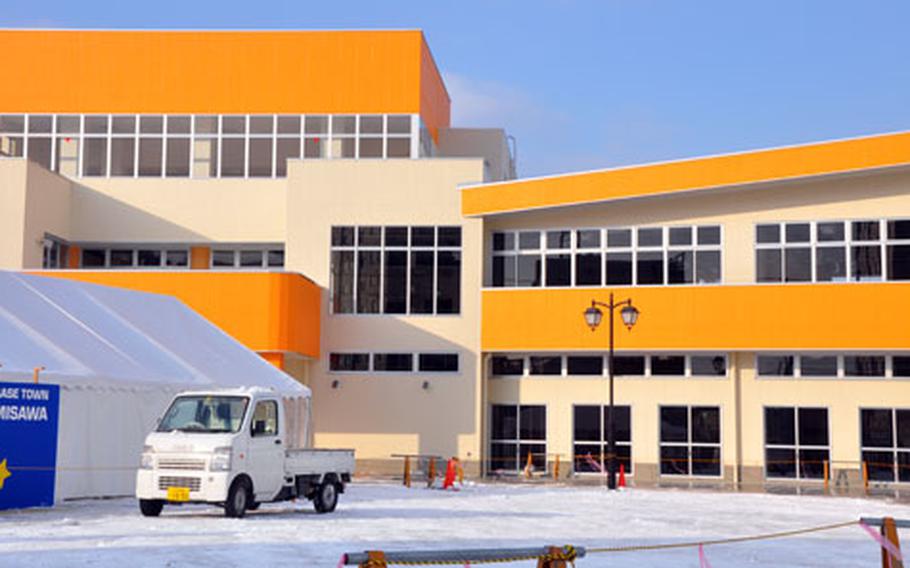 Nearly every store in the MG Plaza mall, which opened on Dec. 19, remained empty, making for a not-so-grand opening. The mall is one part of a $72 million project aimed at revitalizing the downtown area. (T.D. Flack / S&S)

MISAWA CITY, Japan &#8212; The grand opening of the MG Plaza shopping mall last week wasn&#8217;t quite as grand as officials had hoped.

Only one of the 20 store spaces was open when the mall &#8212; just outside the Misawa Air Base front gate &#8212; opened on Dec. 21. Plans for a full-time FM radio station and city-run cable television station in the building also were scrapped because of budget limitations.

Masatoshi Endo, of the city&#8217;s chamber of commerce, said Misawa City is looking still for businesses to open in the mall.

MG Plaza is the centerpiece of the American Village project, a $72 million Misawa City plan to revitalize its downtown district and draw tourist dollars. Under the plan, businesses and some homes on the shopping strip near the base&#8217;s main gate are being redesigned to look Western, officials have said.

When complete, about 70 buildings will have been razed and rebuilt.

The only store under operation in MG Plaza at the opening was a farmer&#8217;s market, selling locally grown fruits and vegetables, seafood and local specialty foods.

About 10 local residents opened what the city is calling &#8220;challenge shops,&#8221; inside the market. For about $85 a month, the residents can run their own small shops, similar to flea-market vendors.