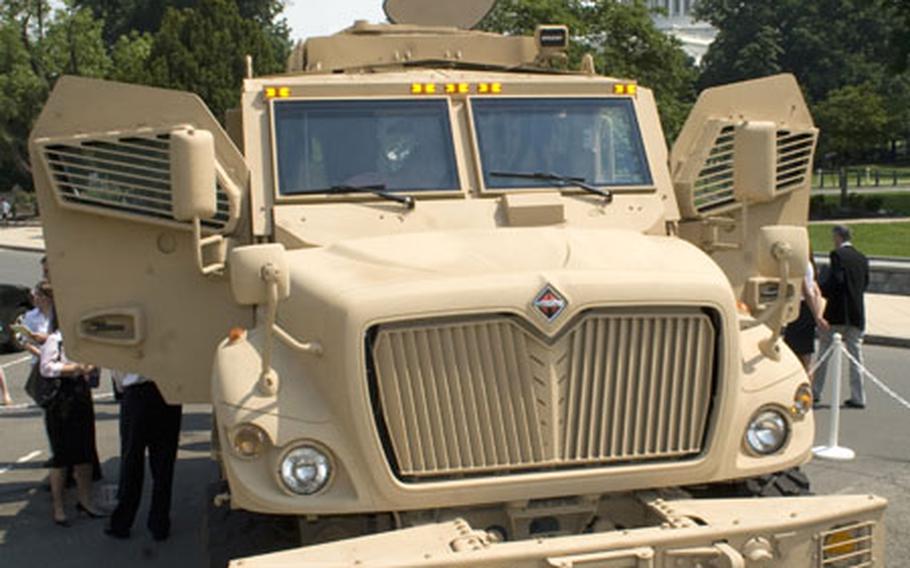 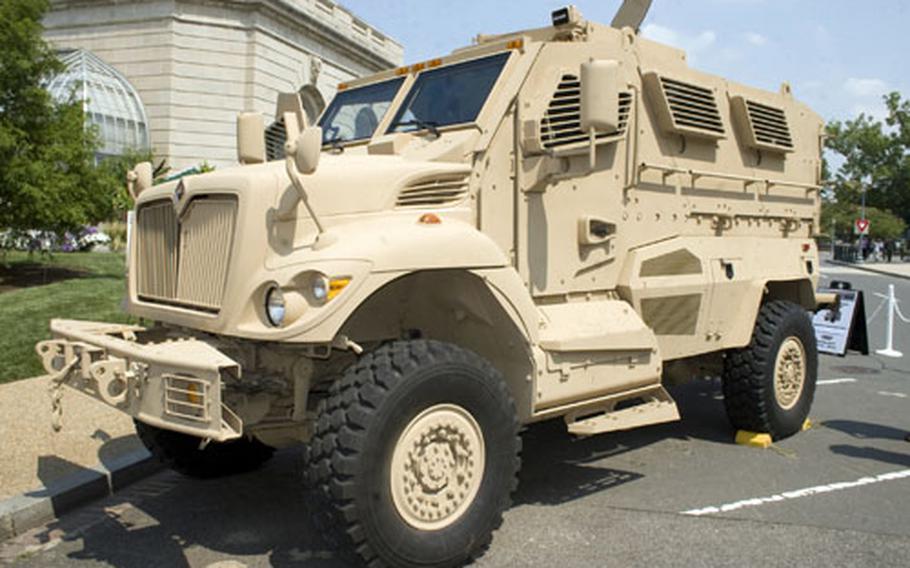 Last week, the Marine Corps awarded International a contract to build an additional 755 MRAPs, bringing the total order for the military to 1,971 by next February. (Joe Gromelski / S&S) 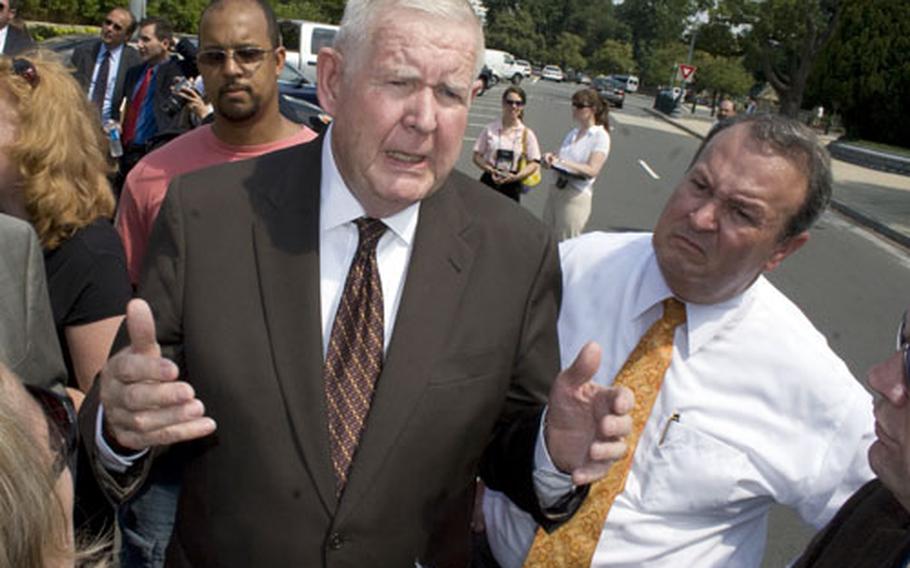 Rep. John Murtha, D-Pa., talks to reporters after getting a look at an MRAP on Capitol Hill. (Joe Gromelski / S&S)

WASHINGTON &#8212; House lawmakers are confident that Mine-Resistant Ambush Protected vehicles are now getting into Iraq as quickly as possible, but they criticized the Pentagon for taking too long to get production under way.

Murtha&#8217;s comments came Thursday as he and other representatives toured one version of the heavily armored trucks on display near the Capitol.

Officials with International Military and Government LLC, who held the demonstration and are part of a group of manufacturers under contract to build the MRAPs, said they are on schedule to build nearly 2,000 of the trucks by February.

The Defense Department hopes to ship about 3,500 MRAPs downrange by the end of this year. This week Congress approved the shift of $1.2 billion in military funds to the effort, on top of more than $4 billion approved earlier this year.

First Lt. Geraldine Carey, a spokeswoman for Marine Corps Systems Command, which is in charge of purchasing MRAPs for all of the services, said since November more than 200 MRAPs have been delivered to Iraq. Total, the Marine Corps has about 150 MRAPs in Iraq while the Army has about 400 in country, officials said.

MRAPs are designed with V-shaped hulls to deflect blasts from underneath, providing greater protection against roadside bombs for troops inside the vehicle.

But unlike in the M117 Armored Security Vehicle, which features a closed turret on top, gunners in the MRAPs are still partially exposed in an open turret similar to those in Humvees. Last year, troops told Stars and Stripes that gunners felt much safer in the ASVs because of that extra protection.

Carey said operational commanders requested the open turret in their MRAP specifications for mission needs. Murtha acknowledged that any vehicle the military fields will have some weaknesses.

Murtha said since Congress made a push earlier this year to boost the MRAPs in Iraq, defense contractors have told him military officials have been working with them to streamline the funding and construction process, allowing them to build much faster than normal.

The MRAPs &#8212; heavier and larger than the up-armored Humvees &#8212; cost nearly $1 million apiece and will cost $150,000 each to ship over to Iraq. If military officials had recognized the need for the better-armored vehicles sooner, Murtha said, the military could have used ships to ferry them overseas more efficiently.

Last week, Marine Corps Commandant Gen. James Conway rebutted media reports that commanders had been rebuffed when they asked for MRAPs earlier in the war.

In 2005, the Corps turned to up-armored Humvees to provide more protection for Marines because the vehicles had added protection against explosions from the side, Conway said.