Military working at max capacity to get injured to hospital ship 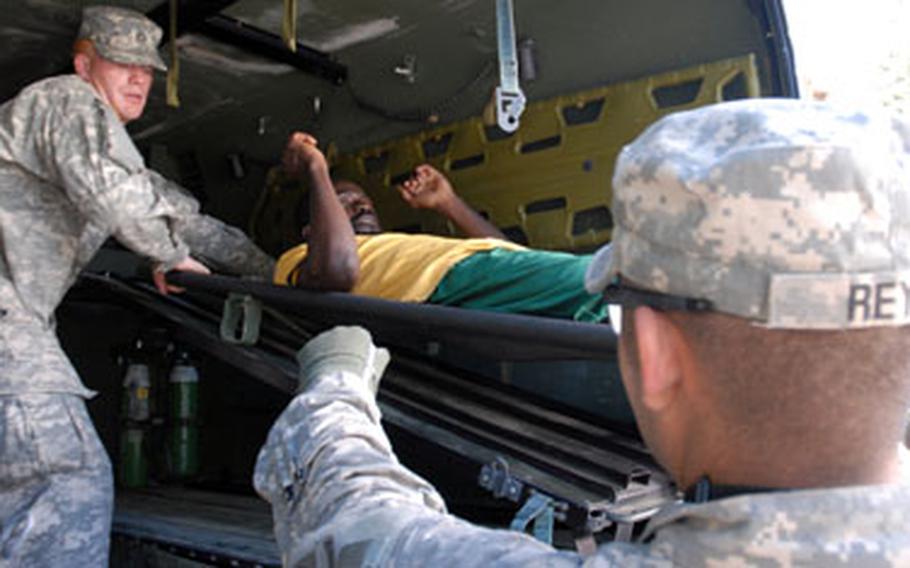 Soldiers unload an injured Haitian man from an Army ambulance Thursday to evacuate him to the USNS Comfort. ()

Soldiers unload an injured Haitian man from an Army ambulance Thursday to evacuate him to the USNS Comfort. () 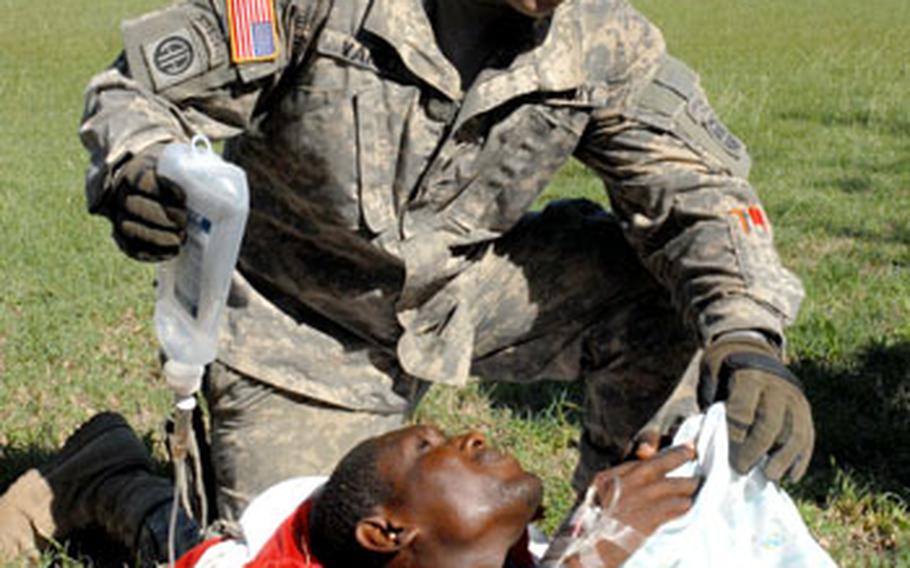 Spc. William Vargo tends to an earthquake victim bound for the USNS Comfort on Thursday. The military planned to evacuate at least 100 people Thursday from the main Port-au-Prince hospital. The effort was expected to last at least two days. (Photos by Megan McCloskey) 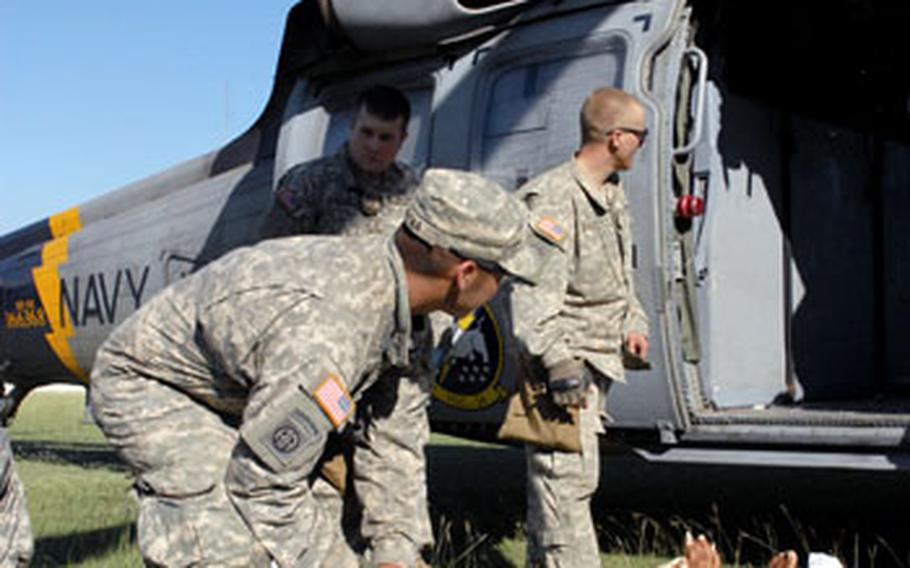 Sgt. 1st Class Michael Reyna holds the hand of an earthquake victim bound for the USNS Comfort before boarding a Navy helicopter at the presidential palace Thursday. () 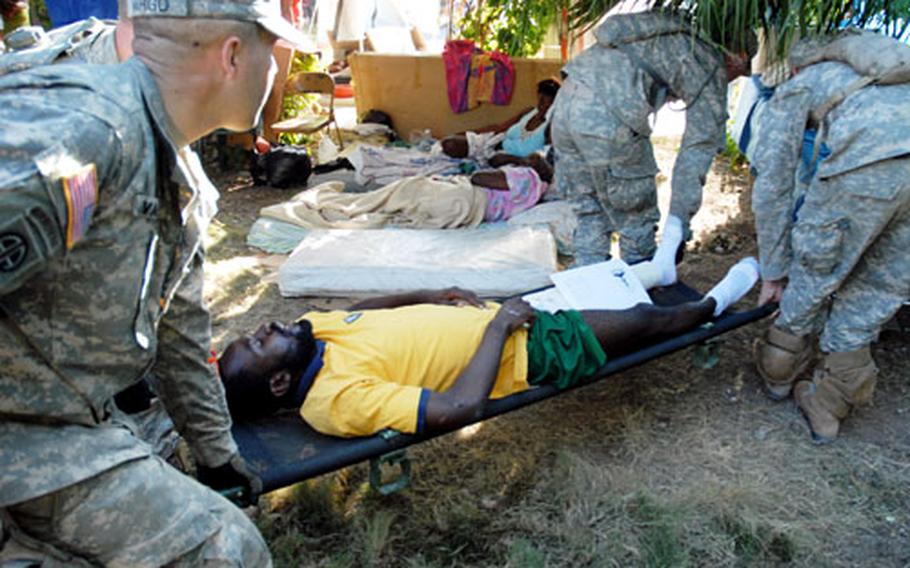 Soldiers carry an injured Haitian man from the main Port-au-Prince hospital to an Army ambulance, which was taking patients to the presidential palace for a helicopter transport to the USNS Comfort on Thursday. ()

PORT-AU-PRINCE, Haiti &#8212; The Army hasn&#8217;t done an evacuation like this since Normandy. The USNS Comfort is operating at a level like never before.

More than a thousand Haitians most seriously injured in last week&#8217;s earthquake are being flown by helicopter to the Navy&#8217;s hospital ship for surgery and other desperately needed treatments.

The military was attempting to get at least 100 patients aboard the Comfort by sundown Thursday.

&#8220;We are geared up to function at our absolute max,&#8221; he said, noting they started taking patients before the ship was even visible off the horizon.

The Army provided much-needed manpower to get the mission done.

Patients were then taken to the lawn of the presidential palace where they were loaded onto helicopters bound for the Comfort.

The patients, some holding onto their medical chart or a baggie of intravenous medicine, sat quietly in the shade while awaiting their ride.

Despite swollen and twisted limbs, only when being jostled on the stretcher did they grimace or show any sign of pain.

&#8220;We train for evacuations but nothing on this scale,&#8221; Lt. Col. Pat Hynes said, noting the planning started Wednesday afternoon and concluded until 3 a.m. He called it the largest Army evacuation effort since World War II.

The goal is to unburdeon the main Port-au-Prince hospital from the crush of emergency patients so it will be free to become a hub for speciality cases and outlying hospitals can deal with the more general cases, Hynes said.

Depending on their injury, the Haitians will likely stay aboard the Comfort for four to five days.

The ship, in addition to trauma surgeons, has pediatric, orthopedics and plastic surgeons, as well as other specialists.

On Wednesday, the staff was busy with amputations.

The next challenge is finding some place the Haitians can go after being treated.