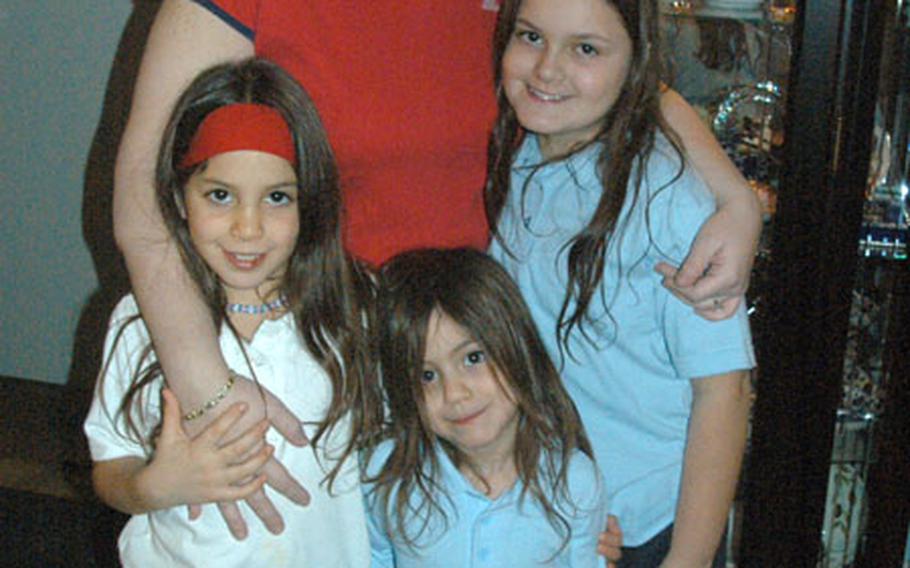 With surgical help, Elke Medina has lost around 125 pounds, in part for her daughters, Alexa, 9, Gabriella, 7, and Daniella, 5. (Rick Scavetta / S&S)

With surgical help, Elke Medina has lost around 125 pounds, in part for her daughters, Alexa, 9, Gabriella, 7, and Daniella, 5. (Rick Scavetta / S&S) 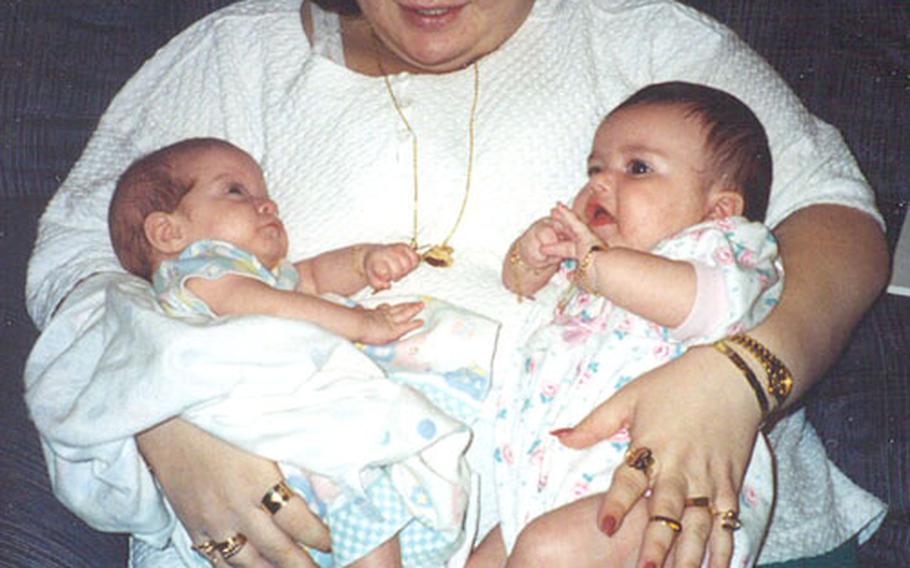 When Elke Medina posed with baby daughters Alexa and Gabriella in 1997, she weighed more than 300 pounds. (Courtesy of Elke Medina)

MANNHEIM, Germany &#8212; When Sgt. Edgar Medina arrives home on rest and recuperation leave from Iraq on Monday, he&#8217;s in for quite a surprise.

His wife, Elke, who battled obesity her whole life, underwent gastric bypass surgery in April and has lost around 100 pounds since he left for the war.

She is one of dozens of women in U.S. military communities in Europe who have sought out the weight-loss surgery, according to Dr. Rudolph Weiner, the chief of surgery at the Sachsenhausen Clinic in Frankfurt who has performed several of the operations. Many have seen similar weight loss.

Edgar, 31 and a trucker assigned to the 51st Transportation Company at Camp Anaconda in Balad, Iraq, left for the war in February. As a result of the pre-deployment training, his weight had fallen to 115 pounds &#8212; about the total weight that she has now lost.

By Edgar&#8217;s departure, Elke had already begun her transformation.

Her escape began through a cashier&#8217;s job at the local commissary, a position that got her out of the house and lifted her self-esteem, she said.

After reading a Stars and Stripes article about the surgery, Elke learned of success stories from a book by singer Carnie Wilson and a television report on NBC weatherman Al Roker.

During the procedure, a surgeon blocks off a large section of stomach, leaving a pouch the size of an egg, she said. That small stomach is then rerouted to the intestine.

But her decision for surgery came only after years of failed dieting, she said.

Mostly, she said, she found that to conquer her food addiction she had to confront the traumas that gave her reasons to overeat.

Growing up in Queens, N.Y., Elke said she was abused by her father.

Her father committed suicide in 1980. By then, Elke was addicted to drugs and wound up in rehab twice by age 20.

In spring 1991, Elke lost her grandmother and a close aunt. Then her own pet Rottweiler mauled her in an attack that hospitalized her for two weeks.

At her lowest point, in 1992, Elke decided to travel to her other grandmother&#8217;s home in Quito, Ecuador. There she met Edgar at a bullfight. The two began a relationship that led to Edgar moving to the States.

In 1994, she gave birth to their daughter Alexa, now 9. Sisters Gabriella, now 7, and Daniella, 5 followed.

She went for help.

The base clinic referred her to Weiner at the Sachsenhausen Clinic in Frankfurt. Weiner said he performs a laparoscopic gastric bypass, meaning he uses several small incisions rather than open surgery to reduce the patient&#8217;s stomach size.

For U.S. insurance to cover the costs, a patient must be at least 100 pounds overweight, have at least a five-year history battling obesity and have failed other weight loss programs, he said.

The irreversible procedure takes less than an hour, Weiner said. Patients generally spend five days in the hospital and a week resting at home before returning to work, he said.

Through word of mouth, Weiner&#8217;s name and technique have circulated among Americans overseas, he said. Over the past year, Weiner said he has performed the surgery on more than 100 Americans, mostly women. Of that, about 80 came from U.S. military communities in Europe. He estimated that about 20 were military wives whose husbands are deployed to Iraq.

Now, with such a small stomach, Elke has to watch what she eats. She has to be careful with foods like rice and pasta, which expand in the stomach. Gas bubbles from soda are uncomfortable. She has to wait an hour to drink after her meals. But she still eats some of her favorite foods, such as pizza.

Elke agreed to tell her story in hopes that it might inspire others to make changes in their lives.

She continues to work tirelessly at the commissary, where her colleagues and supervisors have watched her slim down while juggling various shifts and positions, and caring for her family.