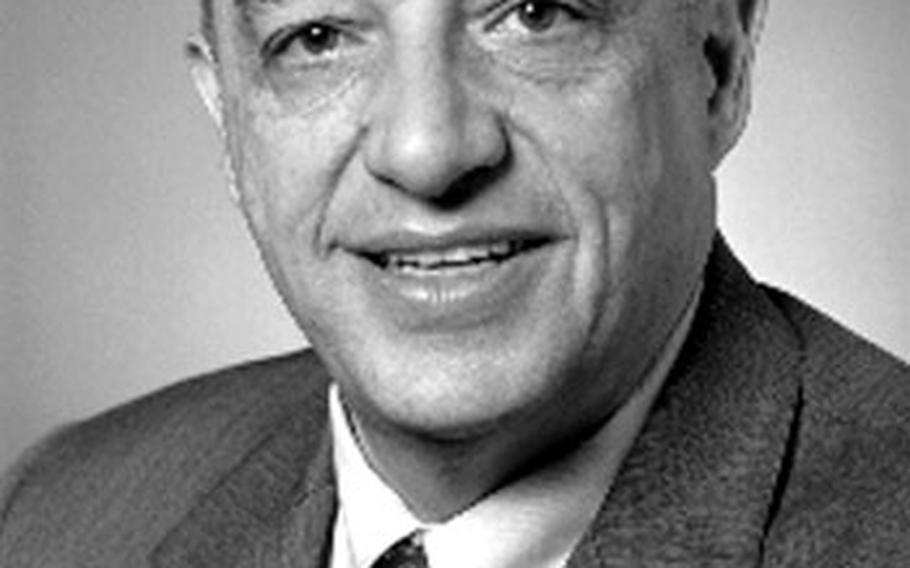 Moskos was drafted into the Army in 1956 and served for two years. He joined Northwestern&#8217;s faculty in 1966, according to the university. For his research, he visited combat units in countries including Vietnam, Kuwait, Somalia, Kosovo and Iraq.

His work drew praise from military leaders such as Gen. David Petraeus, commander of U.S. troops in Iraq.

"Charles was a remarkable man, a renowned scholar who repeatedly offered thoughtful advice and thought-provoking ideas on the challenges with which we have grappled over the years," Petraeus is quoted as saying in the news release.

Moskos was part of the military working group appointed by President Clinton to look whether gays and lesbians could serve in the military, said Kathi Westcott, of the Servicemembers Legal Defense Network, a gay and lesbian rights advocacy group.

"This law requires the Department of Defense to discharge members who engage in or attempt to engage in homosexual acts, state they are homosexual or bisexual, or marry or attempt to marry a person of the same biological sex," Lainez said in a Monday e-mail.

While the SLDN considers Moskos an honorable man, the group also had a "deep philosophical disagreement" with him over his support for "don&#8217;t ask, don&#8217;t tell," said group spokesman Victor Maldonado.

"The unfortunate passing of Charles Moskos may be an opportunity for Americans to re-evaluate the continuing need for a ban on gays and lesbians in the military," Maldonado said.

Moskos himself criticized the policy after its inception, according to a news release from the Palm Center, a research institute with the University of California, Santa Barbara, that focuses on controversial social issues.

In 2000, Moskos called the policy "insidious" because it created an environment where some gay servicemembers were afraid to report harassment because they did not want to draw attention to themselves, the news release said.

"Charlie consistently defended the &#8216;don&#8217;t ask, don&#8217;t tell&#8217; policy, but was also concerned about the effect it was having on gay and lesbian troops," said Palm Center Director Aaron Belkin in the news release.

And in 2007, he told Stars and Stripes that the policy had a loophole that allowed servicemembers to get out of the military by claiming to by gay.

"The fastest way to get an honorable discharge in the military is to say you&#8217;re gay," he said at the time.