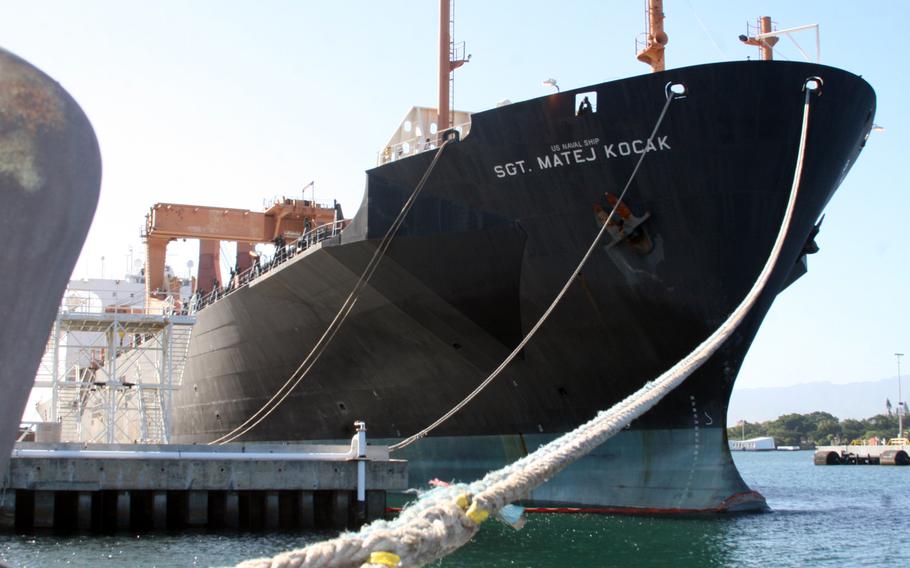 The U.S. Navy and Japanese authorities are working to refloat a Military Sealift Command vessel after it ran aground Thursday off the coast of Okinawa.

The USNS Sgt. Matej Kocak, an 821-foot long, 50,000-ton prepositioning ship designed to carry supplies and ammunition in support of American ground troops, ran aground off the island’s east coast at 11:30 a.m., according to a Navy release. The ship is located some six nautical miles from the coast of Uruma.

None of the ship’s 127 civilian crewmembers were injured in the incident, according to the release. All remained on the ship.

An early assessment found no hull leaks and no damage to the surrounding area, the release stated. Tugboats were on scene to stabilize the vessel and further assess the situation.

Ship groundings can cause significant damage to ship hulls, propellers and surrounding infrastructure.

Military Sealift Command operates as the Navy’s logistics arm, providing fuel, ammunition and underway replenishment to ships at sea. Civilian mariners crew MSC ships, and a civilian master is in charge of all ship maneuvers, even when military detachments are on board.