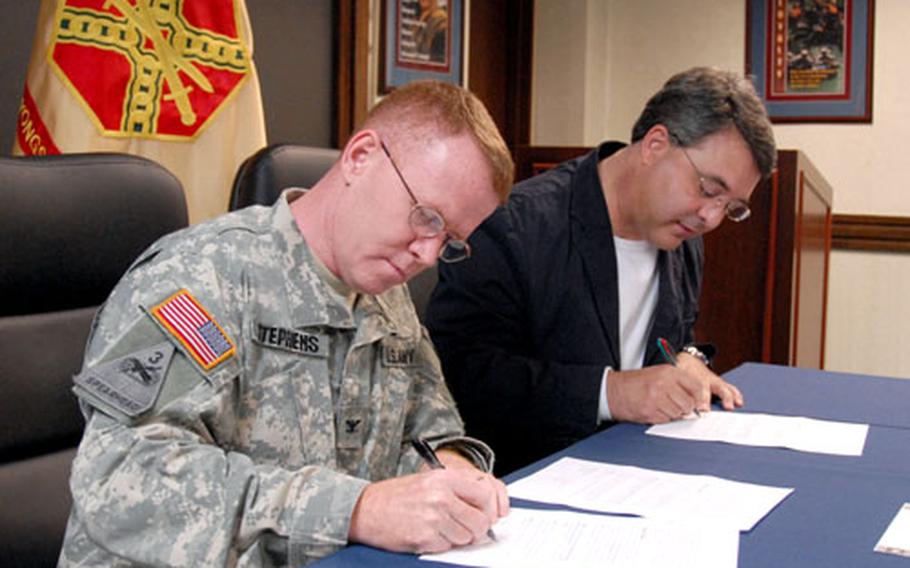 The Yongsan Retiree Council will give retirees ways to be involved in the community and will provide information on retirement benefits, something many struggle to get, said chairman Steve Rego.

&#8220;Those retirees who by choice live overseas have a much more difficult time getting any of their benefits. It&#8217;s not intentional, it&#8217;s just a lot of red tape,&#8221; said Rego, a retired Army lieutenant colonel.

About 2,000 military retirees live in South Korea, he said. Of those, about 1,450 have second careers working for the government, either as civilian employees or for military contractors.

Rego said U.S. Forces Korea leaders supported the creation of the council, whose trustees and board of advisers are made up of retired military personnel.

The council is the first for Yongsan Garrison. The camps north of Seoul have had a similar council for six years, and the Daegu area has had one for two years. Another is being planned for the Camp Humphreys installations, Rego said.