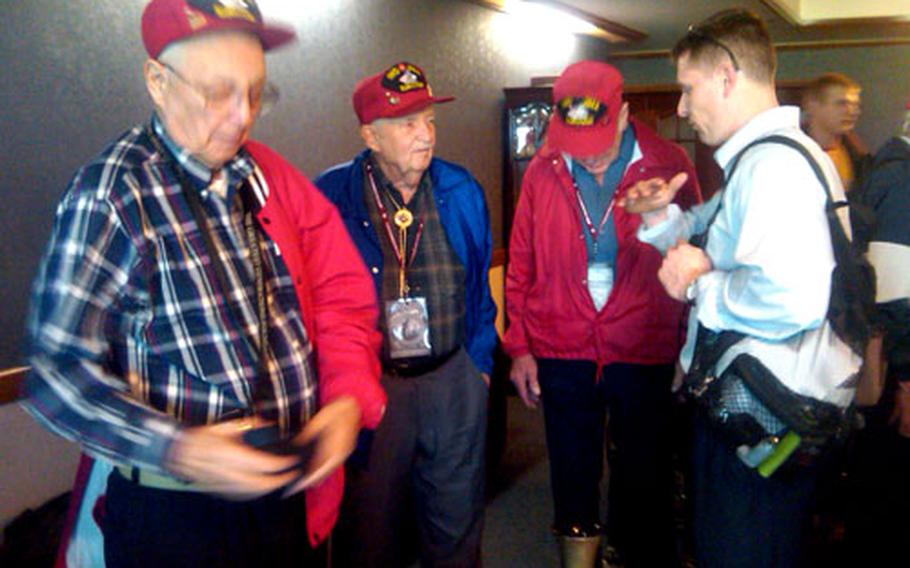 World War II veterans wait at Kadena Air Base for their flight to Iwo Jima. (Dayle Cedars / Courtesy of KMGH-TV)

World War II veterans wait at Kadena Air Base for their flight to Iwo Jima. (Dayle Cedars / Courtesy of KMGH-TV) 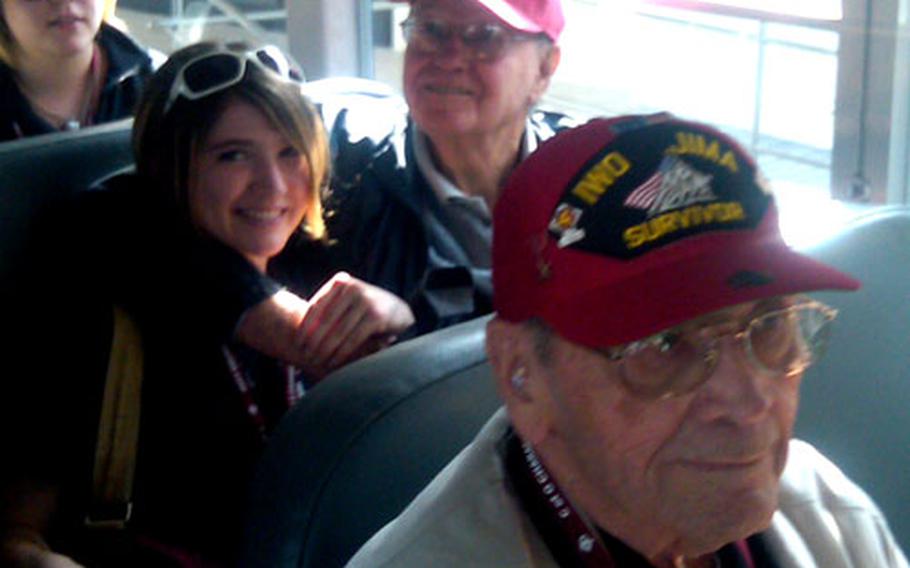 Veterans Max Brown, front, and Don Whipple and a student take the bus to the plane. (Dayle Cedars / Courtesy of KMGH-TV) The veterans pose for a photo in front of the plane they were hoping would be their ride to Iwo Jima. (Dayle Cedars / Courtesy of KMGH-TV) 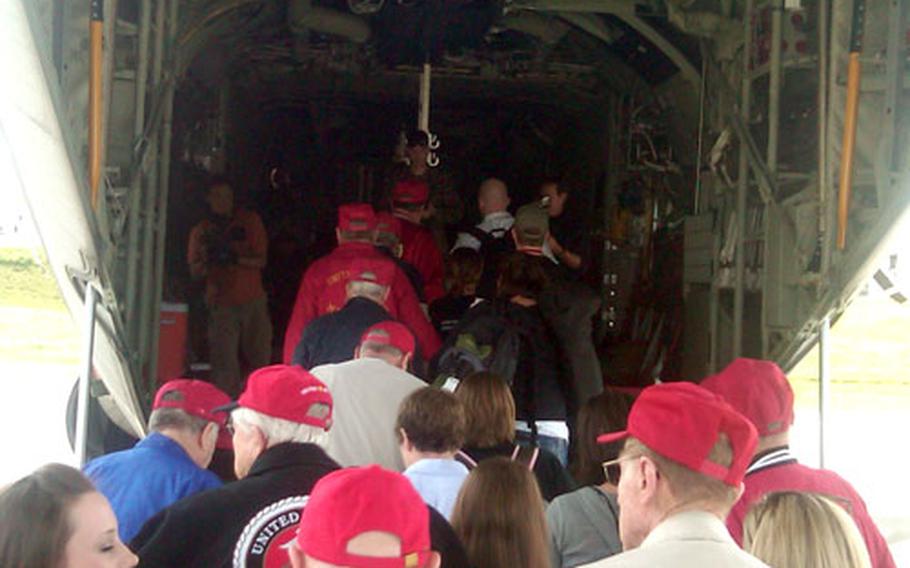 After all the delays, the veterans are finally on their way. (Dayle Cedars / Courtesy of KMGH-TV)

YOKOTA AIR BASE, Japan &#8212; The military changed its mind and took a group of aging World War II veterans to Iwo Jima on Wednesday.

The former Marines, who fought at Iwo Jima 65 years ago, went to the island Wednesday morning on a C-130 aircraft, said 2nd Lt. Lucas Burke, a Marine Corps spokesman on Okinawa, where the group has been staying while in Japan.

They joined hundreds of Marines, including Marine Commandant Gen. James Conway, at Iwo Jima for a ceremony to commemorate the anniversary of the historic 36-day battle.

The Pentagon initially denied the veterans&#8217; request for military transportation but reversed that decision the day after Stars and Stripes reported that the military was unable to help the stranded veterans. Details about how and why the military was able to make the trip happen were unclear Wednesday, and Burke referred further questions to the Office of the Secretary of the Defense.

The Greatest Generation Foundation, the Denver-based nonprofit that coordinated the trip, asked the military for help with transportation after a charter plane company that had volunteered to take the group from Okinawa to Iwo Jima canceled unexpectedly two weeks ago.

The group needed approval to visit Iwo Jima from the Japanese government, which controls all flights to the tiny volcanic island now known in Japan as Iwo To, its original name.

While 12 veterans came from the United States to Japan with the foundation, it was unknown whether all were traveling to Iwo Jima on Wednesday. One veteran was hospitalized with stroke-like symptoms after arriving on Okinawa but was released Sunday and another suffering from an infection was admitted to the hospital Tuesday, Davis said.

The group arrived on Okinawa on Saturday and was expected to return to the United States on March 9.

See more about the veterans&#39; trip to Iwo Jima at TheDenverChannel.com.