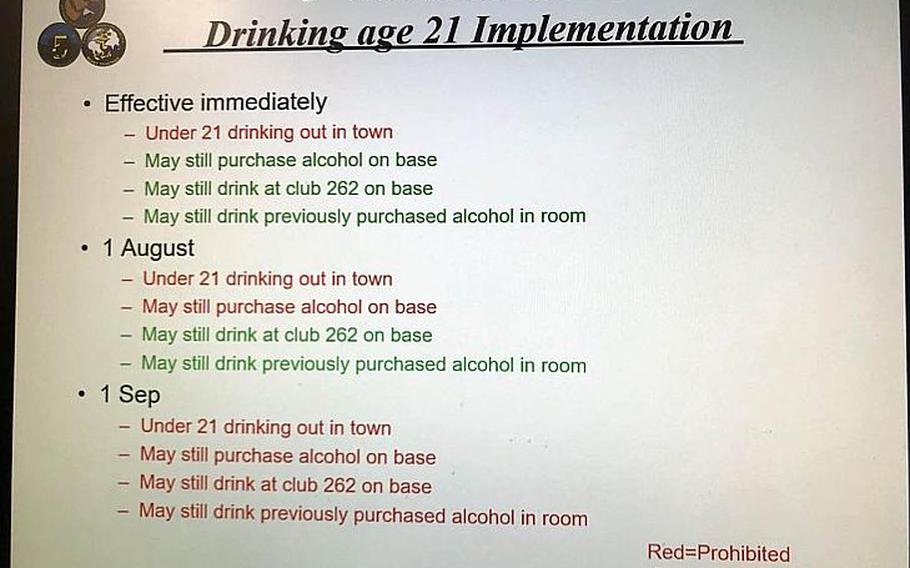 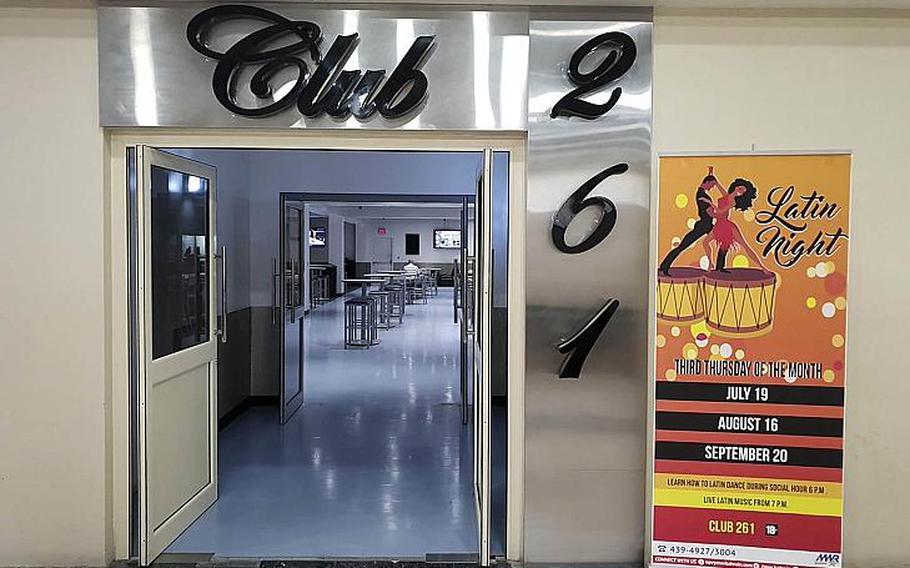 Buy Photo
Club 261, the nightclub located at Naval Support Activity Bahrain. Personnel under 21 stationed in Bahrain will no longer be permitted to drink alcohol at the club beginning Sept. 1, 2018. The military barred drinking for personnel under 21 off base on July 26, 2018. (Jason Behnke/Stars and Stripes) 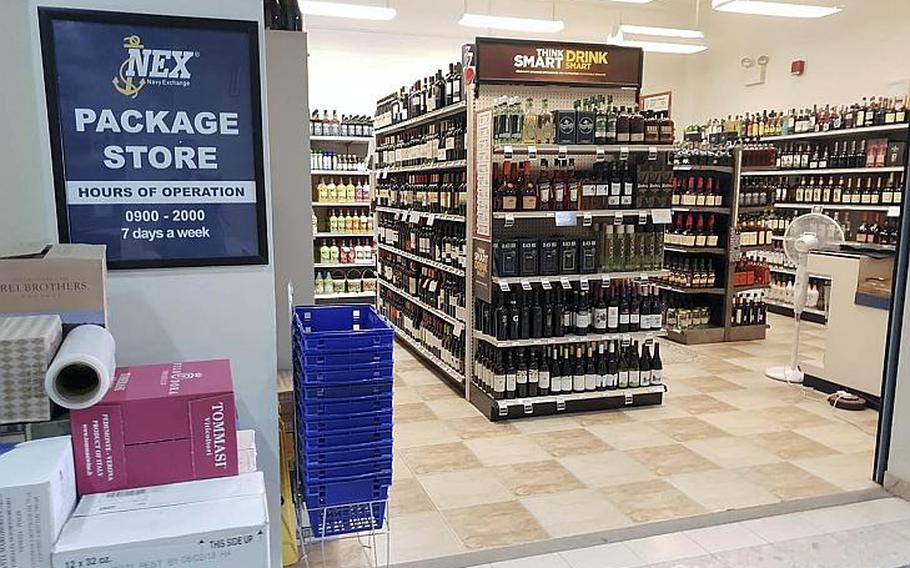 Buy Photo
The Navy Exchange package store is the only place to purchase liquor at Naval Support Activity Bahrain. Personnel under 21 stationed in Bahrain will no longer be permitted to buy alcohol on base beginning Aug. 1, 2018. (Jason Behnke/Stars and Stripes)

MANAMA, Bahrain — The minimum age for drinking alcohol for servicemembers and Defense Department personnel in Bahrain is being raised to 21 years old, officials announced Thursday.

A three-step process changing the drinking age from 18 to 21 was outlined in a picture sent Thursday afternoon to DOD personnel in Bahrain via a command messaging list. The message came out just before the weekend, which begins on Friday in Bahrain and elsewhere in the region.

Navy officials said the policy change had nothing to do with an increase in alcohol-related incidents. Instead, it had to with the command’s closer adherence to the Navy’s alcohol policy, said Lt. Christina M. Gibson, U.S. Naval Forces Central Command spokeswoman.

“The policy change is to ensure that all military service members, DoD civilian employees and contractors attached or assigned to military units in Bahrain or while transiting through or temporarily visiting Bahrain, as well as the dependents of all these personnel, are operating within Navy policy,” Gibson said in an email.

The Navy instruction for drinking in foreign countries allows for servicemembers to follow the local drinking laws; however, commanders are free to use their discretion.

In the first step of the process, the purchase of alcohol off base by anyone under 21 was banned Thursday.

On Aug. 1, the ban will be extended to purchase of alcohol on base, though the consumption of previously purchased alcohol and drinking at the on-base club will still be allowed.

On Sept. 1, the policy goes into full effect with a ban on consumption of alcohol by anyone under 21.

Gibson said the original interpretation of Bahraini laws was why 18-year-olds were allowed to drink.

“However, based upon a recent review and research concerning this issue, it was determined that Bahraini law does not establish a drinking age,” she said. “Therefore, the drinking age has been set to 21 in accordance with Navy policy.”

Drunken behavior in public and driving under the influence of alcohol are against the law in Bahrain, according to a United Kingdom government website on living in Bahrain.

Bahraini government officials were not immediately available for comment.