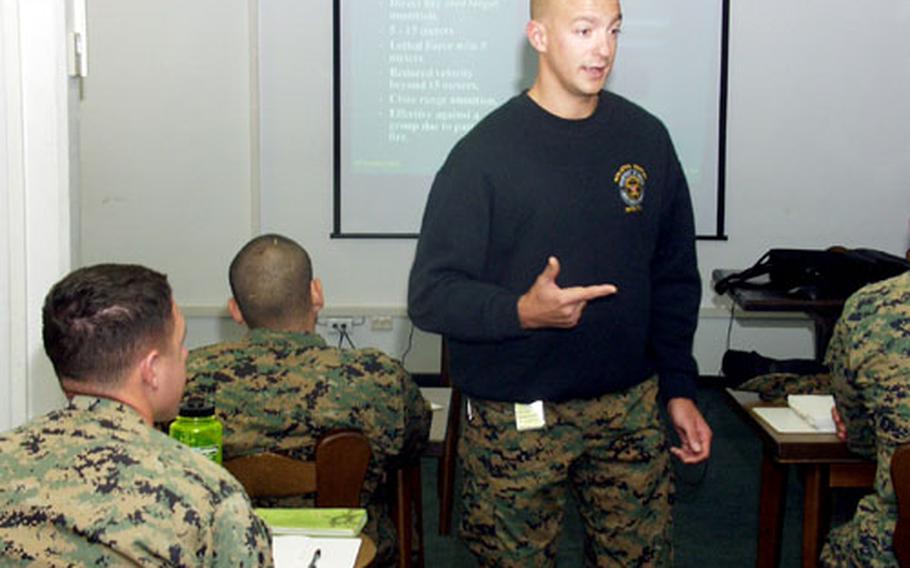 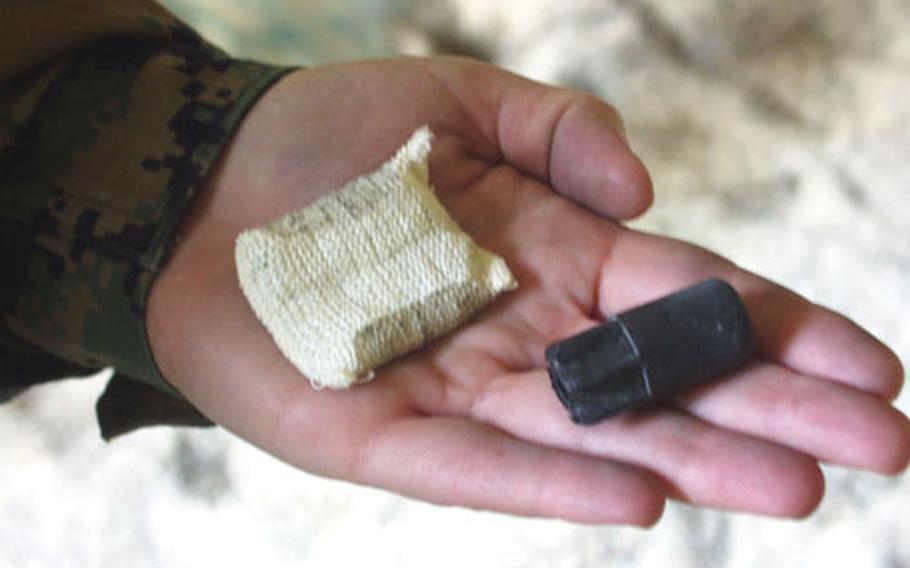 The 12-gauge beanbag round, left, and the 12-gauge fin-stabilized rubber round are two of the nonlethal weapons that Marines in Stuttgart are being trained to use. (Charlie Coon / S&S) 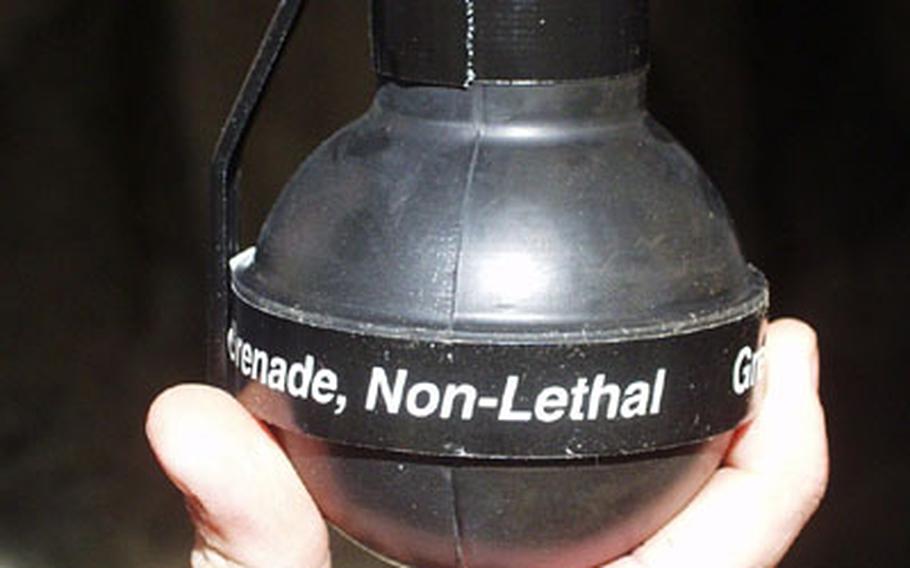 STUTTGART, Germany &#8212; One year ago the commander of the U.S. European Command, Marine Gen. James L. Jones, asked about the status of nonlethal weapons among Europe-based forces.

Plans to use the less-than-deadly tactics and weapons are now being put together for use in nonwar situations, according to Laura Falkenbach, the EUCOM Non-Lethal Weapons Program officer.

&#8220;There is an increasing demand for a broader scope of options between lethal and nothing; that, on top of some emerging peacekeeping requirements in our [area of operation],&#8221; Falkenbach said. &#8220;So he wanted to know where we stood on it.

&#8220;You&#8217;re always going to have the lethal option. Sometimes having a nonlethal option will change the attitude of a crowd. You&#8217;re trying to reduce collateral damage and keep it at a manageable level.&#8221;

The U.S. Marine Corps Forces Europe in Stuttgart is hosting a two-week training course on nonlethal weapons and tactics, which ends Friday. Fourteen Marines are taking the course and will, in turn, become teachers themselves.

Falkenbach said that various commands in Europe had nonlethal gear one year ago, but there was no across-the-board training or doctrine on using it.

&#8220;We provided a summary of our capabilities and recommendations on how we could further use nonlethal capabilities in this theater,&#8221; Falkenbach said. &#8220;We ended up talking with a lot of [EUCOM component commands] and found there was a lot of interest out there.&#8221;

The nonlethal gear comes in sets that can include munitions, training items, smoke grenades, riot gear, bullhorns, high-intensity lights and traffic-control devices such as road spikes.

The sets are modularized in &#8220;embarkation boxes&#8221; and can be transported by sea and air. They can be air-dropped, if needed. The sets are currently designed to outfit a company of 200 troops.

There&#8217;s an array of weapons that the Marines in Stuttgart were being trained to use. Some were for use at very close range, and others were for use at a distance of up to 50 meters.

The key was not to kill people who didn&#8217;t deserve it, according to Sgt. Travis Toney of the 2nd Special Operations Training Group, 2nd Marine Expeditionary Force, of Camp Lejeune, N.C.

&#8220;The last thing you want to do with any of these weapons is to create a penetrating trauma.