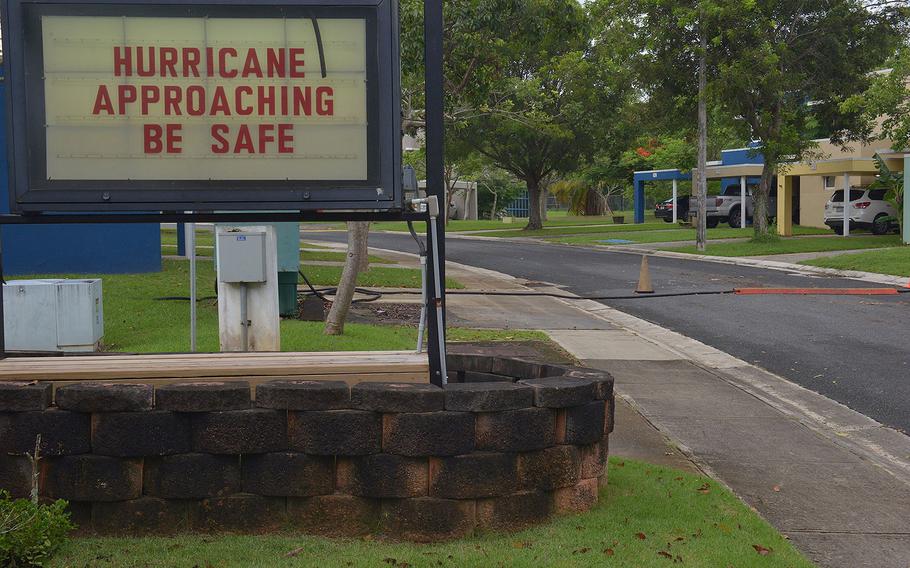 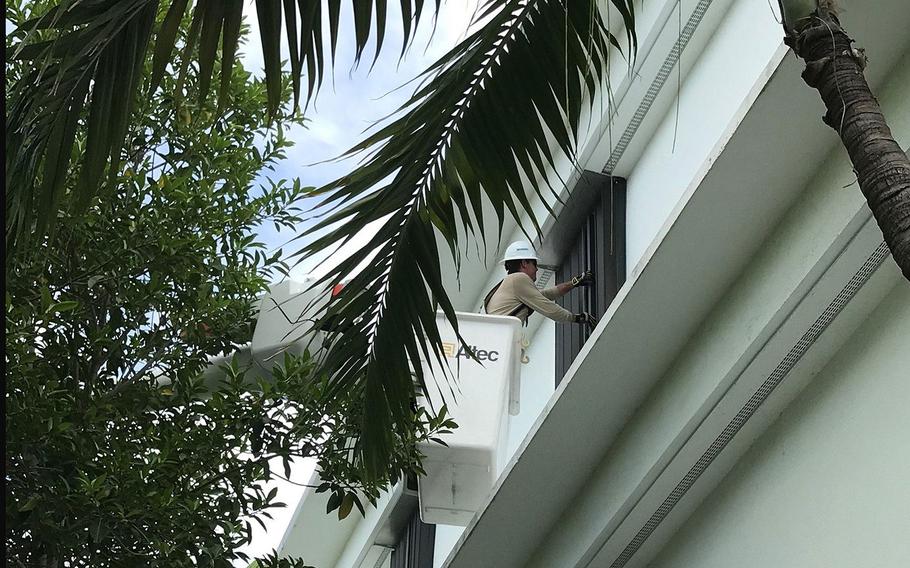 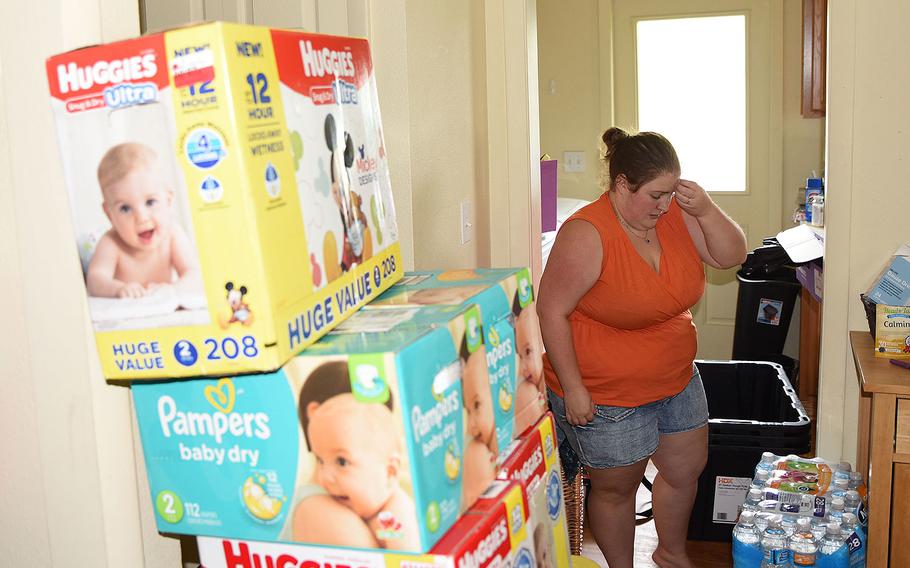 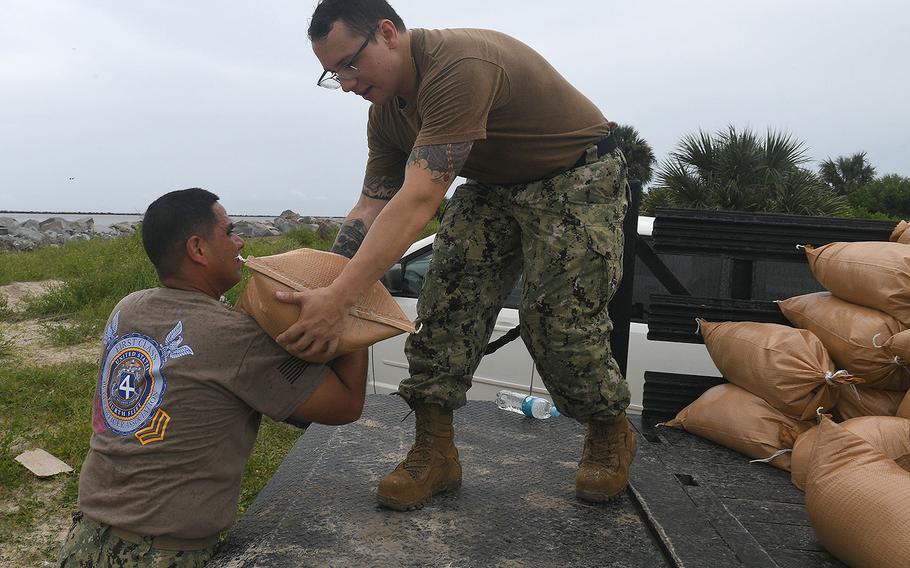 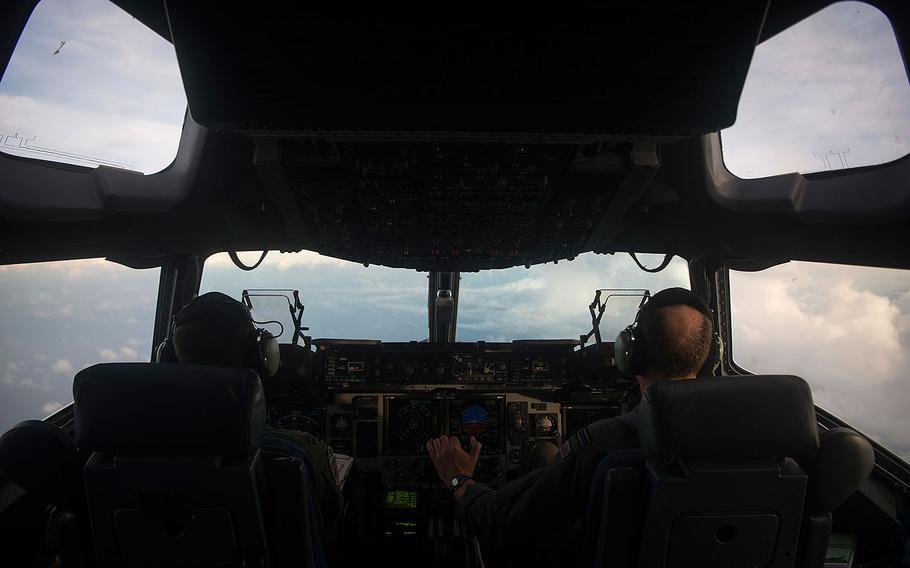 WASHINGTON — The U.S. Navy evacuated some 5,000 servicemembers from its Key West air station Wednesday as National Guard troops in Hurricane Irma’s path prepared to respond to the massive storm threatening American territory in the Caribbean and the Florida mainland, according to defense officials.

Nearly 14,000 National Guardsmen in Florida, the U.S. Virgin Islands and Puerto Rico had been alerted by Wednesday morning to prepare to respond as Irma beared down on the Virgin Islands and Puerto Rico, said Army Lt. Col. Jamie Davis, a Pentagon spokesman. Irma is one of the strongest storms ever recorded in the Atlantic Ocean and boasts sustained winds of 185 mph, according to the National Weather Service.

The National Hurricane Center described Irma as “life-threatening” and “potentially catastrophic” and urged people in its path to “rush” to prepare for impact. It had issued hurricane warnings for both Puerto Rico and the U.S. Virgins Island by Wednesday morning. The storm could reach Cuba, including the United States’ Naval Station Guantanamo Bay, by Friday and could still be a Category 5 storm, according to the Center.

The U.S. Navy has ordered military personnel at Guantanamo to shelter in place.

In Florida, where the storm could hit this weekend, Governor Rick Scott activated 100 National Guardsmen to prepare the response and ordered at least 7,000 more to report for duty by Friday. In a statement, Scott said he had asked the National Guard Bureau to identify 30,000 additional troops to respond if they are needed.

Meanwhile, the Navy evacuated non-essential servicemembers and their families from Naval Air Station Key West, Navy officials said. They were ordered to evacuate to within 300 miles of Atlanta, Ga.

The Navy also diverted two Virginia-based warships headed toward the Texas coast to respond to Hurricane Harvey, which hit there last week, to position themselves to respond if needed to Irma. The USS Kearsarge, a Wasp-class amphibious assault ship, and the USS Oak Hill, a Harpers Ferry-class dock landing ship, were positioned off the eastern coast of southern Florida where they could assist civilian authorities if they are asked, Davis said.

A Navy official said two other ships were being prepared to deploy toward south Florida to respond if necessary. The USS Iwo Jima, another Wasp-class amphibious assault ship, and the USS New York, a San Antonio-class amphibious transport dock, were being loaded with supplies at Naval Station Mayport, near Jacksonville, Florida as of Wednesday, the official said on the condition of anonymity.

Gibson said the Air Force was flying WC-130J “Hurricane Hunter” aircraft out of Keesler Air Force Base, Mississippi into Irma to collect storm data. The service was also preparing search and rescue units to respond, if needed, he said.

President Donald Trump had declared pre-landfall emergencies for the U.S. Virgin Islands, Puerto Rico and Florida as of Wednesday. Irma preparations come as National Guardsmen continue to respond to Hurricane Harvey. That deadly storm made landfall on Texas’ coast as a Category 4 hurricane on Aug. 25. More than 16,000 U.S. active duty, National Guard and reserve troops responded as Harvey dropped more than 50 inches of rain on areas around Houston and was blamed for more than 60 deaths.