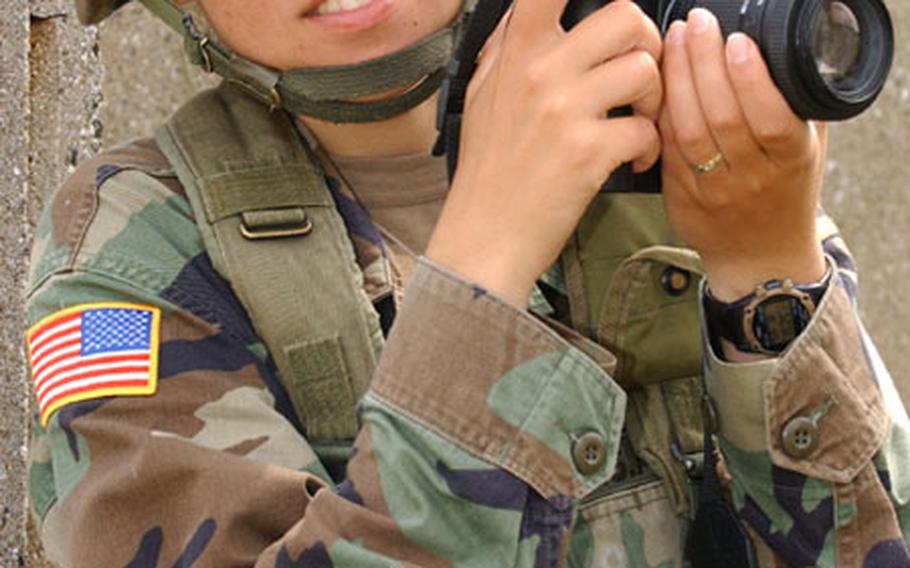 Army Sgt. Teodora Mocanu knows the value of freedom. As a child growing up in Bulgaria under the shroud of communism, she has seen what it&#8217;s like to live without it.

&#8220;[On TV], they would only show the American homeless people on the streets and how bad they lived,&#8221; Mocanu said, referring to the two government-run TV stations and one radio station available when she was a child.

Her grandfather was considered an enemy of the state because he owned property, she said, and sometimes people would disappear for days without reason.

When her name was randomly selected in a U.S. government- sponsored green card lottery, Mocanu chose to follow her father to Florida. He had left Bulgaria several years earlier after the 1989 fall of the communist government. In 2002, Mocanu became a U.S. citizen.

Once in the States, the language barrier was easy for her to overcome. In addition to Bulgarian and English, she speaks Russian and Italian. She is learning Romanian, her husband&#8217;s native language.

Mocanu is putting her language skills to work this summer translating and taking pictures of American and Bulgarian troops training at Bulwark &#8217;04.

Bulwark is the first and largest exercise between the two nations since Bulgaria joined NATO in May.

Mocanu knows the challenges her country faces and hopes to continue to contribute to Bulgarian-American relations when she begins Officer Candidate School in May.