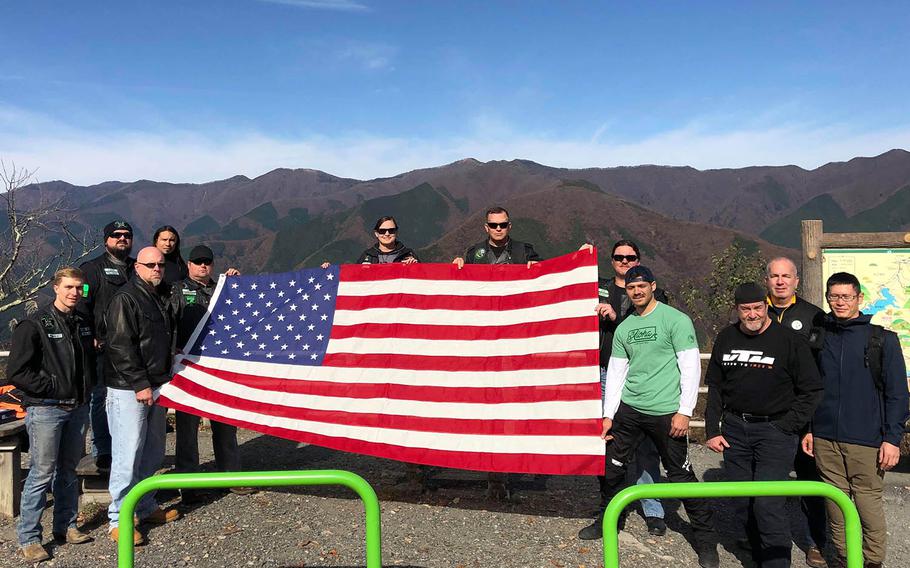 Motorcyclists from the U.S. military riding community carried a flag through the mountains west of Tokyo on Saturday, Nov. 17, 2018, in memory of Master Sgt. Nicholas Vollweiler, 35, who was recently stabbed to death near Yokota Air Base, Japan. (Courtesy of Paul Ticas)

Motorcyclists from the U.S. military riding community carried a flag through the mountains west of Tokyo on Saturday, Nov. 17, 2018, in memory of Master Sgt. Nicholas Vollweiler, 35, who was recently stabbed to death near Yokota Air Base, Japan. (Courtesy of Paul Ticas) 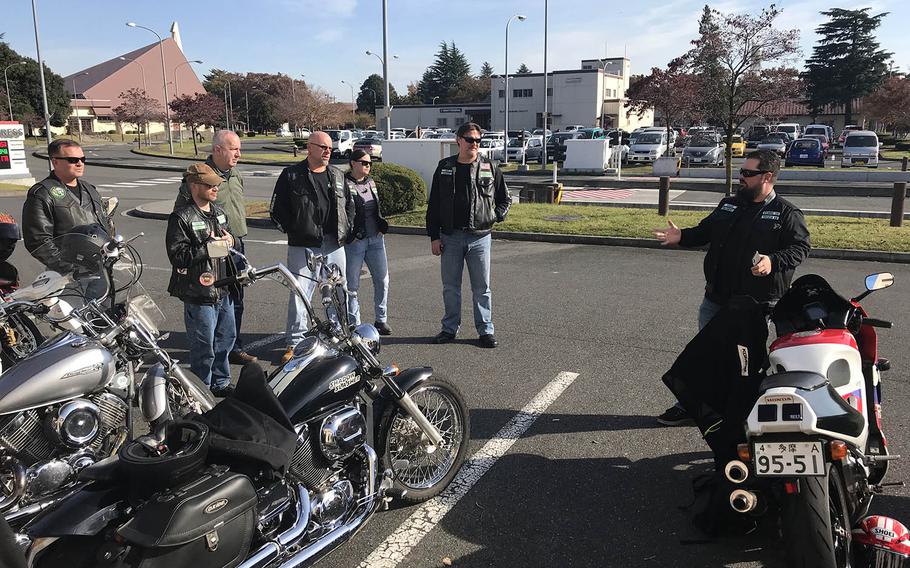 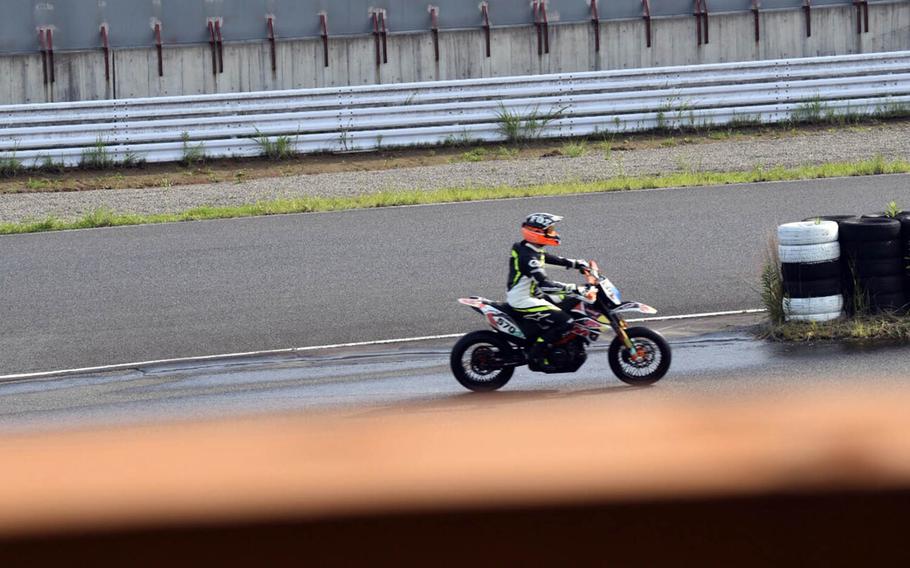 YOKOTA AIR BASE, Japan — Motorcyclists from the Tokyo military community have honored a fallen airman with a memorial ride through mountains west of the Japanese capital.

The riders gathered Saturday morning at the home of U.S. Forces Japan in memory of Master Sgt. Nicholas Vollweiler, 35, who was pronounced dead at a hospital Nov. 9 after being stabbed with a knife at his home just outside Yokota’s east gate in the city of Tachikawa.

A woman identifying herself as Aria Saito, 27, an office worker from Tokyo’s Koto ward, was arrested and charged in the killing.

“Something that brings a lot of folks together is motorcycle riding,” he said. “If any kind of tragedy happens in the military community the Green Knights are there.”

Vollweiler wasn’t in the Green Knights but went on group rides with its members to places such as Okutama, a mountainous area just west of Yokota.

Air Force Sgt. Travis Bell, 29, of Aurora, Wis., said he was so impressed with Vollweiler’s red, white and blue 1994 Honda RVF400 that he bought the same machine.

Vollweiler also had a diminutive 125cc Honda Grom, but his pride and joy was a KTM 1290, Bell said.

“He couldn’t get it legal in Japan, so he would only ride it at the track,” he said.

Yokosuka-based Ducati rider Carlos Mendes recalled riding with Vollweiler at the Sodegaura Forest Raceway in Chiba prefecture. Vollweiler was eager to get back on the track but bad weather and a recent military exercise put his plans on hold, Mendes said.

The riders took a photograph in the mountains where Vollweiler loved to ride, Ticas said. The flag and other mementos from Yokota will be sent to his family in the United States.

The security forces airman had a passion for his job as a military working dog handler, according to an obituary published in the Pocono Record newspaper. It said Vollweiler’s funeral was held Sunday in Brodheadsville, Pa., and that, in lieu of flowers, donations could be made to the United States War Dogs Association, 1313 Mt. Holly Road, Burlington, NJ 08016.