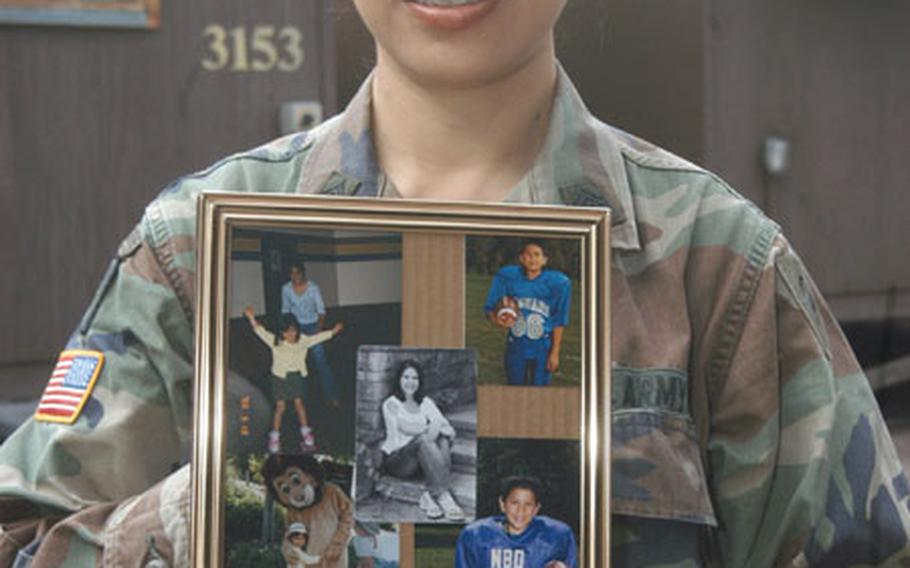 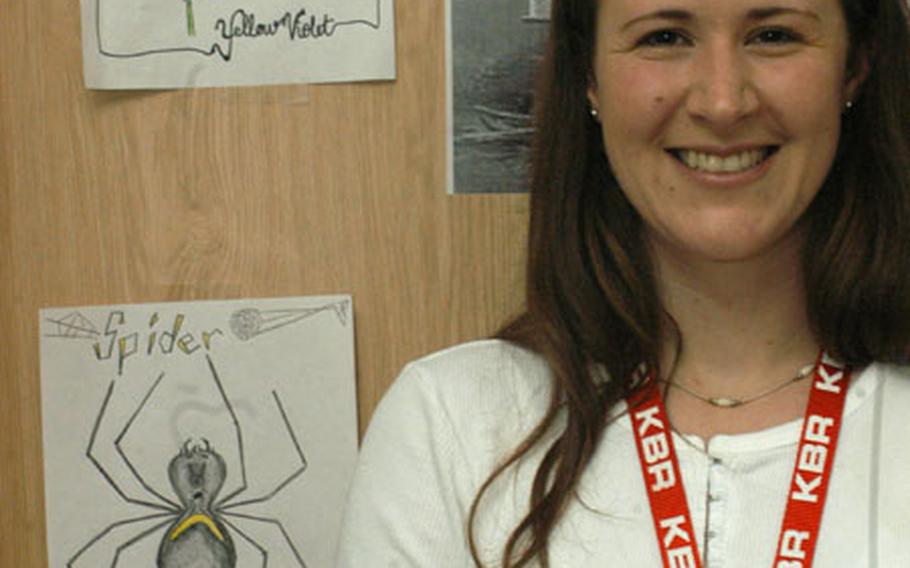 EAGLE BASE, Bosnia and Herzegovina &#8212; Before she deployed to Bosnia, Sgt. Rosie McGhee spent time every morning fixing the hair of her 2-year-old daughter, Simone.

In addition to bringing along photos of her daughter, she also carried a favorite hair bow to Bosnia with her.

While dedicated to the military work, McGhee and other mothers deployed far from home try hard to keep a connection with their children, but it&#8217;s not easy, they say.

When it comes to being an on-the-go mom, McGhee is not alone.

Amy Jensen used her drawing skills to develop a special bond with her son, Zackary. While deployed to Albania in 1999, Jensen would send drawings to then 3-year-old Zackary.

Although she arrived in Bosnia only a month ago to work on a civilian job with Kellogg, Brown and Root, she already has drawings of flowers and spiders on her office door ready to be mailed home to her son.

Her 1-year-old daughter, Sage, may be a little too young for drawings, so Jensen sings to her on the phone.

The job keeps Jensen, of Colorado Springs, Colo., busy 12 hours a day, seven days a week, and she looks forward to the phone calls every night.

Like McGhee, Jensen hopes that Dad is doing the hair and putting dresses on her little girl.

Sgt. 1st Class Viola Millard&#8217;s children aren&#8217;t as young, but parting with them for a nine-month military deployment is just as hard.

But in Bosnia, Millard will try to make the best of it with a phone call to her children, a care package from home and the company of other mothers at Eagle Base. A special poem from her youngest daughter, Courtney, is coming in the care package, and Millard is looking forward to it.

While the deployment is a vacation from her regular mother&#8217;s duties and cooking and laundry, she misses the home life.

While thousands of miles stand between deployed mothers and their children on this Mother&#8217;s Day, it will still be special &#8220;in thought and prayers,&#8221; Millard said.

But for McGhee, the distance is too great.