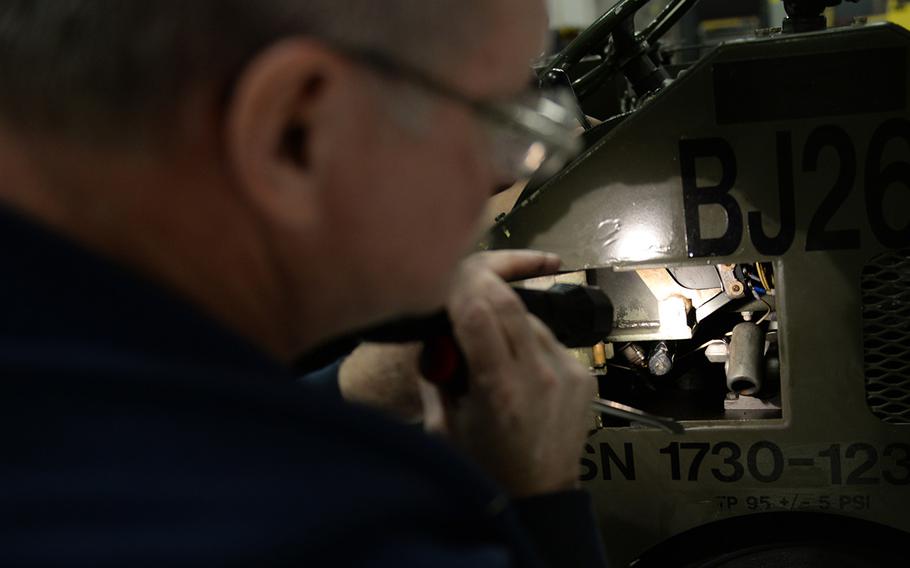 The services are still working through the exemptions for Defense Department civilians who work on and build aircraft, ground vehicles and other equipment. But despite concerns among Democrats, military leadership believes the 90-day halt in federal government hiring will not hurt operations, Army, Navy, Air Force and Marine Corps officers told a Senate panel.

Trump’s temporary hiring freeze was among his first acts as president and Democrats in the House and Senate have warned it could block the Defense Department from filling the crucial positions at facilities across the country as temporary employment terms expire.

“We have some pretty good assurances that … [with] the temporary hiring freeze that has been put in place we will be able to make exemptions for our people at our shipyards,” said Adm. William Moran, vice chief of naval operations. “We are still working through the mechanics of that, though.”

The hiring freeze order does not apply to military personnel and allows Defense Secretary Jim Mattis, as well as the other service secretaries, to make exemptions for national security and public safety reasons.

The Navy has been issuing individual exemptions and group exemptions, and is “going to get through this in the very near term,” Moran told lawmakers who sit on the Senate Armed Services Committee.

The Army has begun “triage” at its maintenance depots by providing exemptions to the term and temporary workers, who can be hired for less than one year and up to four years, said Gen. Daniel Allyn, the service’s vice chief of staff.

“We have a direct link between our commanders and the secretary to ensure that bureaucracy does not get in the way of taking care of our people,” Allyn said.

Democrats, who have dug in against Trump in the early days of the administration, have criticized the hiring freeze as potentially damaging to military readiness at a time when the services say they are overstretched and underfunded.

“I’m afraid that a freeze like this, if it continues, could really hurt us both on the readiness side and our veterans,” said Sen. Tim Kaine, D-Va., who ran for vice president last year as Hillary Clinton’s running mate.

The freeze also drew criticism from veterans because it blocked hiring at the Department of Veterans Affairs, though the acting department secretary has also made exemptions for front-line health care positions such as doctors.

Still, veterans who receive a preference when applying for jobs at the VA and other agencies could still be hurt by Trump’s order, Kaine said.

“When you do a hiring freeze at the federal level it falls most disproportionately on the veterans who are hired so significantly by our federal government,” he said.