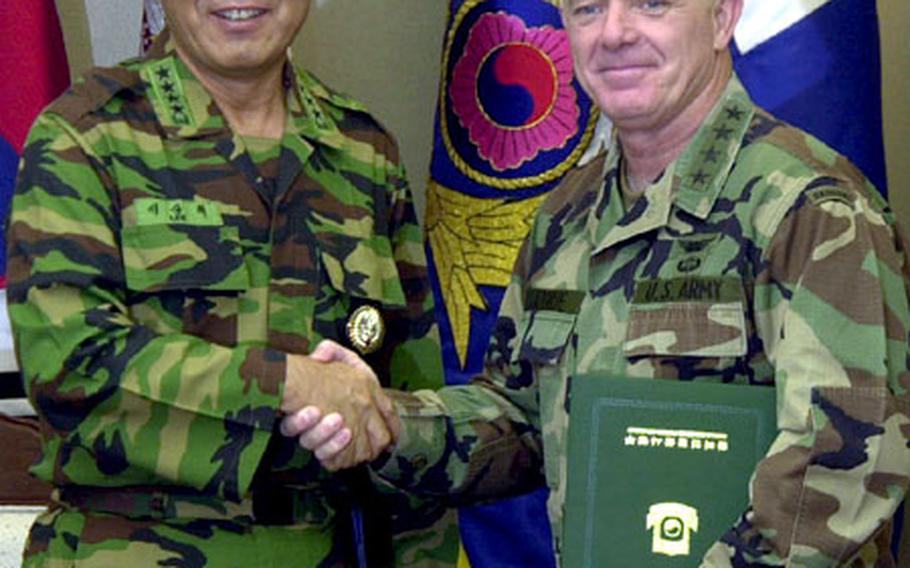 SEOUL &#8212; The head of U.S. Forces Korea and the chairman of South Korea&#8217;s Joint Chiefs of Staff signed letters Wednesday certifying that six military missions had been turned over successfully to the South Korean military as agreed upon in 2003.

The mission transfers are a part of the Mission Transfers Agreement approved by the 25th ROK-U.S. Military Commission Meeting in 2003, according to a USFK news release.

According to South Korean officials, the latest transfer was of the counterfire operations headquarters command and control mission. The South Koreans&#8217; ability to run the mission underwent final evaluation during the recent Ulchi Focus Lens training exercise.

Prior to signing the letters, LaPorte thanked the South Korean military for the hard work it put in to accomplish the transfers.