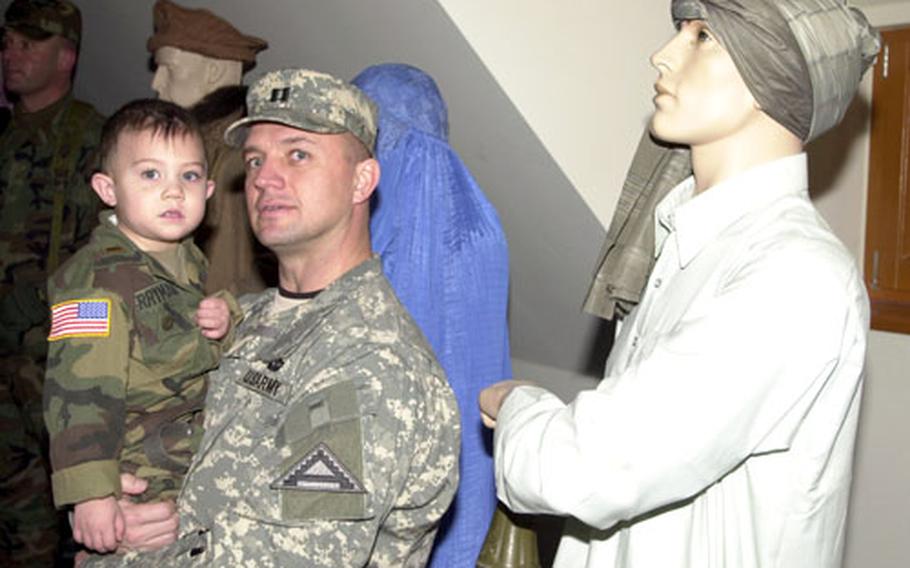 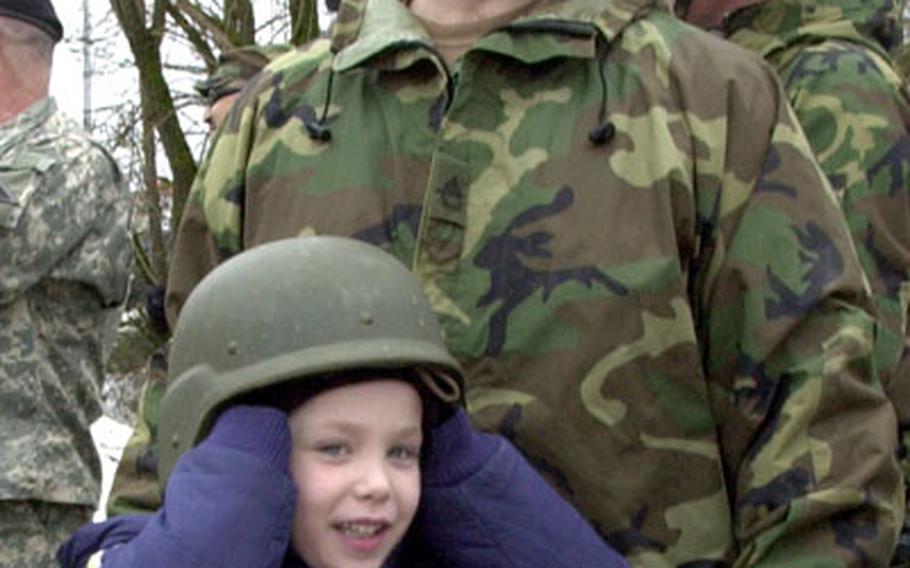 HOHENFELS, Germany &#8212; Some 100 youngsters got a firsthand look at how their parents train soldiers to fight suicide bombers, dodge roadside bombs and avoid car bombs at a Job Shadow Day on Wednesday.

The children followed their soldier mothers and fathers to work at the Joint Multinational Readiness Center &#8212; a facility that trains soldiers deploying to Iraq and Afghanistan.

The highlight of the day was a tour of the &#252;bensdorf MOUT (military operations in urban terrain) site &#8212; a small town inside the training area that the Army uses as a substitute for cities in Iraq and Afghanistan.

&#8220;We try to replicate, not duplicate what is going on downrange. We make our own [roadside bombs]. We have our own little cell phones that we use to detonate these bombs. We have our own suicide vests that people use to blow themselves up,&#8221; explained a civilian range worker to the children.

Is there a chance kids might be traumatized by the information?

&#8220;They hear about it on the news every day, so this is nothing new. If I showed them pictures that would be traumatic. A suicide bomber&#8217;s head always comes off when they blow themselves up, so it&#8217;s easy to identify the suicide bomber after an attack,&#8221; the range worker explained.

Some of the kids got a shock when a pair of mock roadside bombs detonated nearby to kick off a demonstration, but they were over it by the time a training rocket fired from a window, an armed &#8220;terrorist&#8221; ran across the street in front of them and a car bomb exploded at the gas station sending plumes of gray smoke into the sky.

Hohenfels High School student Nick Payne, 15, whose dad is Maj. Gary Payne, a range controller at Hohenfels, said it was the first time he had visited a MOUT site. He was amazed at the realism of the town.

&#8220;It gives them an idea about how their moms and dads work. My kids came out with me and helped me set it up. They got to see some of the toys I get to play with on a daily basis,&#8221; he said.

Oberlin&#8217;s son, Kenneth, 16, and daughter Samantha, 14, said their father showed them how to wire up the rocket used in the display and how to use blasting caps to set off simulated explosives.

The Job Shadow Day also included a static display of military equipment. After the MOUT site demonstration, the kids went back to their parents&#8217; offices or motor pools to check out the rest of the work day, officials said.