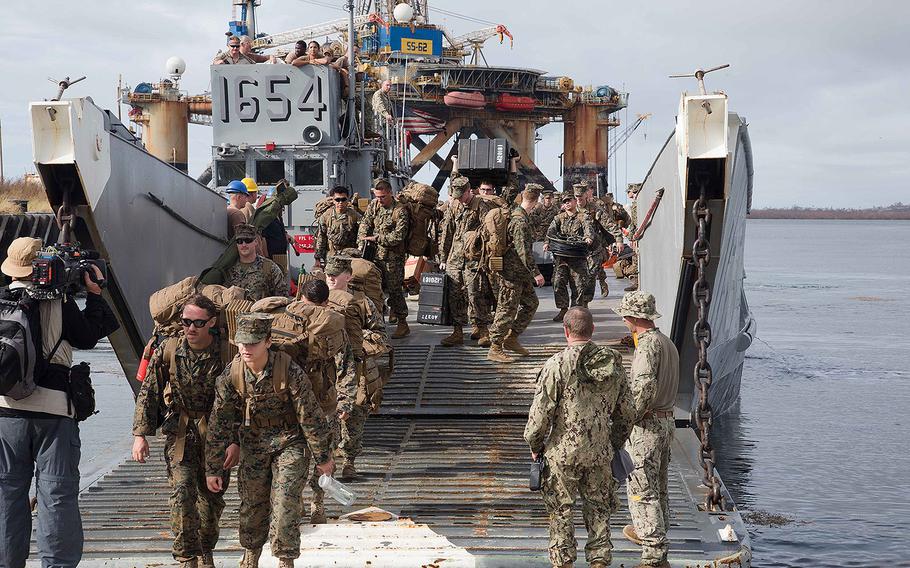 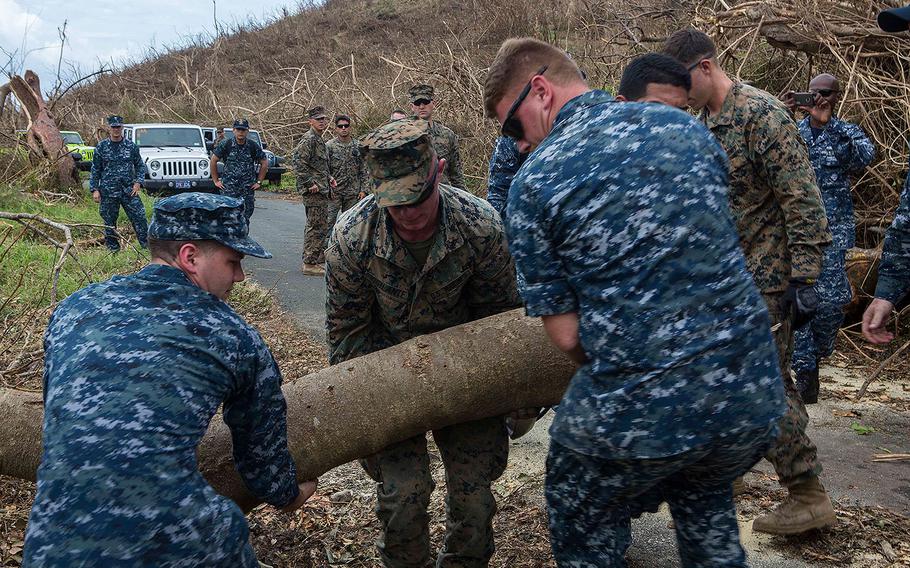 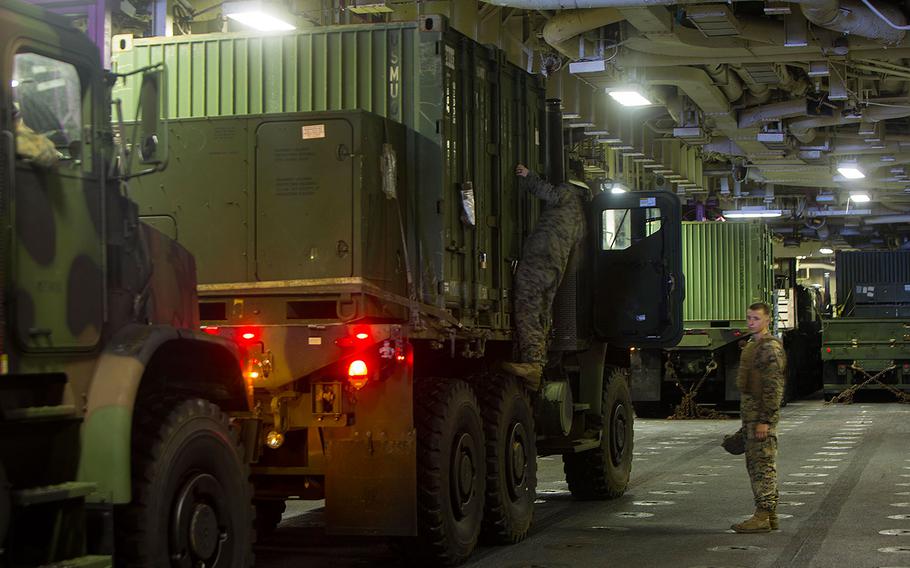 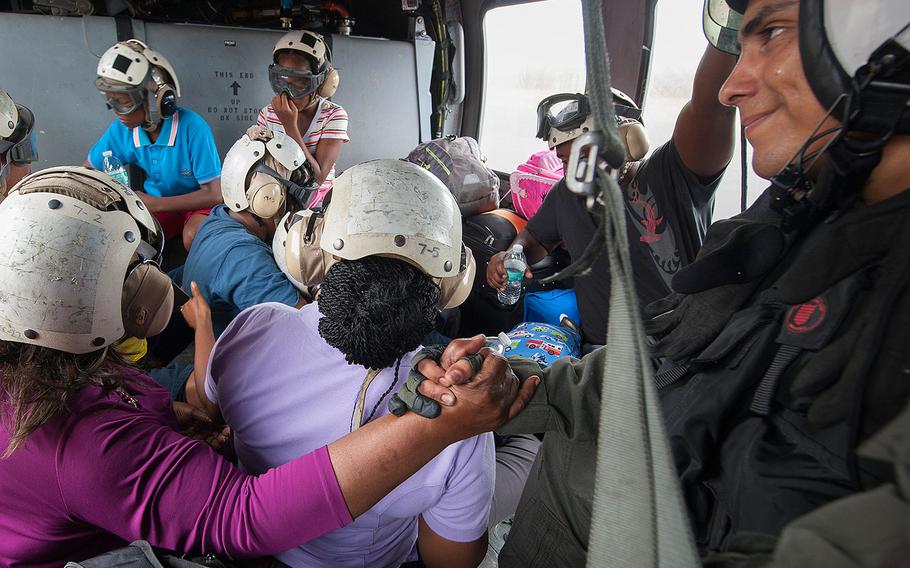 Petty Officer 1st Class Erick Sotelo of Helicopter Sea Combat Squadron 22, attached to the amphibious assault ship USS Wasp, comforts an evacuee following the landfall of Hurricane Maria on Sept. 25, 2017. Dominica residents were being evacuated from their island to the nearby islands of Martinique and Guadalupe. (Sean Galbreath/U.S. Navy)

WASHINGTON — The Department of Defense is preparing to send additional medical support and a shipment of satellite telephones to Puerto Rico and the U.S. Virgin Islands to aid Hurricane Maria victims devastated by the Category 4 storm, Pentagon officials said Tuesday.

The military’s top general on Tuesday pledged the U.S. territories in the Caribbean would receive the full support of the Defense Department.

“We’re going to do everything we can to help them out,” Dunford told senators on Capitol Hill. “We’re anticipating what they will need to get ahead of it.”

That will include the deployment of the USNS Comfort, a Mercy-class hospital ship based at Naval Station Norfolk in Virginia, according to Brock Long, director of the Federal Emergency Management Agency. The ship, which includes some 1,000 patient beds and carries medical evacuation helicopters, is expected to arrive in the region in about a week, Long said.

The military is also preparing to send more planes into the region.

With better access to airfields, the Pentagon expected to increase the number of aircraft ferrying supplies and personnel to Puerto Rico and the U.S. Virgin Islands by Wednesday, said Army Maj. Jamie Davis, a Pentagon spokesman. The military should be able to fly about 10 planes per hour into the region by Wednesday to provide relief. Only three to six aircraft can land each hour now, he said.

Puerto Rico, where the storm impacted the entire island of 3.4 million people, remained almost entirely without power Tuesday and nearly half of its inhabitants did not have access to drinking water, FEMA officials said Tuesday. Only 11 of 69 hospitals on the island had power and 95 percent of the territory was without cellphone service, they said.

At FEMA’s request, the military was preparing Tuesday to ship 350 satellite telephones to aid people in Puerto Rico and the U.S. Virgin Islands, many of whom have been unable to communicate with family members and friends for nearly a week.

About 2,600 active-duty troops were working on the ground on the islands Tuesday, primarily from the USS Kearsarge, an amphibious assault ship in the Caribbean providing helicopter-borne relief. Additionally, about 2,500 National Guard members were activated in Puerto Rico, according to defense officials. Those numbers were expected to grow throughout the week, they said.

An Army Corps of Engineers team charged with examining the Guajataca Dam, a critical levee in Puerto Rico’s northwest corner that is in danger of breaking, determined it remained intact but it needs reinforcement to ensure safety, Davis said. Some 70,000 inhabitants near the dam were ordered to evacuate, and the Corps of Engineers was working Tuesday with other officials to determine the best course of action, he said.