Military in Japan: No late drinking in town alone for E5 and below 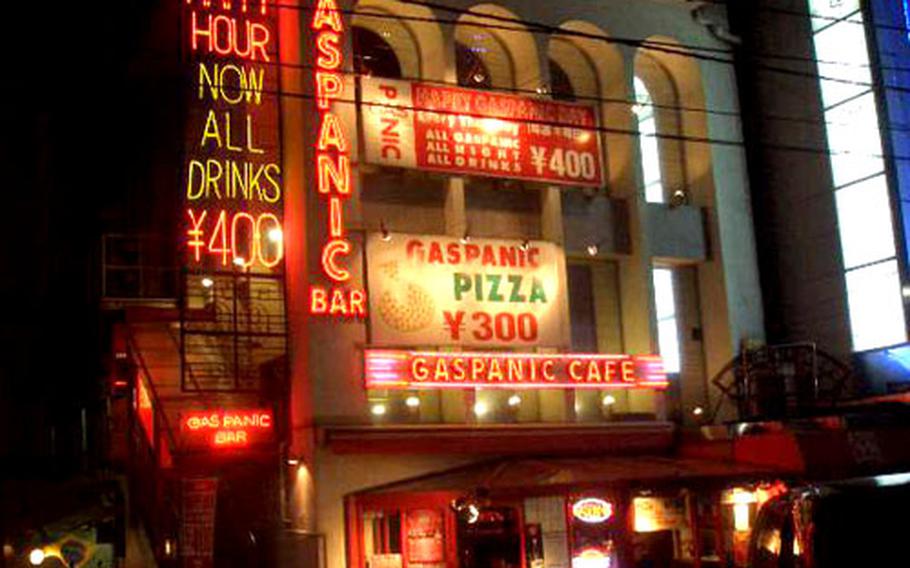 Buy Photo
A sign in the Roppongi entertainment district of Tokyo advertises happy hour in this undated photo. Junior enlisted servicemembers stationed in Japan must now be accompanied after 10 p.m. when drinking alcoholic beverages off base, according to a new U.S. Forces Japan liberty policy. (Stars and Stripes)

YOKOSUKA NAVAL BASE, Japan — Junior enlisted servicemembers stationed in Japan must now be accompanied after 10 p.m. when drinking alcoholic beverages off base, according to a new U.S. Forces Japan liberty policy.

The changes follow a series of arrests in Japan that last month sparked one of the largest protests against the U.S. military in decades on Okinawa, where half of all U.S. servicemembers are stationed.

Servicemembers in pay grades E-5 and below who drink off base after 10 p.m. must go out with another servicemember, Defense Department civilian worker or DOD family member; if they drink with someone else, that person should be command approved, according to the policy.

Servicemembers in all ranks are banned from drinking alcoholic beverages off base between midnight and 5 a.m., a rule instituted as part of the 2014 policy. In pay grades E-5 and below, a 1 a.m. to 5 a.m. curfew remains in effect.

For junior enlisted servicemembers on temporary duty in Japan, the restrictions are tighter; the new policy requires them to have a “liberty buddy” even if they aren’t drinking, if they go off base after 10 p.m.

The USFJ policy doesn’t preclude individual services from passing stricter measures. On Monday, the Navy made liberty buddies a requirement for sailors E-5 and below at any time they are drinking alcohol, both on and off base.

The order grants unit commanders the authority to replace the blanket policy, known as Operational Level 1, with greater restrictions.

At level two, commanders may extend curfew hours, include all ranks and ban both alcohol purchases and consumption off base.

Level three bars all nonessential off-base liberty and all alcohol consumption, which is what the Navy did for four days in June, after Okinawa police said they arrested a sailor who struck two vehicles and injured passengers while driving drunk the wrong way on a highway.

The new policy also calls on servicemembers “to intervene if they observe unacceptable behavior.”

At an all-hands meeting for sailors last month at Yokosuka Naval Base, Navy leaders called for similar intervention.

However, a chief warrant officer told 7th Fleet commander Vice Adm. Joseph Aucoin at the meeting that many sailors don’t get involved, because too often they get rounded up with troublemakers if they try to break up an incident at a bar.

“If somebody just tries to do the right thing and ends up in some kind of scuffle, I want our leadership to take that under consideration and make sure we’re not punishing people who are trying to be pro-active and prevent flare-ups,” Aucoin said after the meeting.