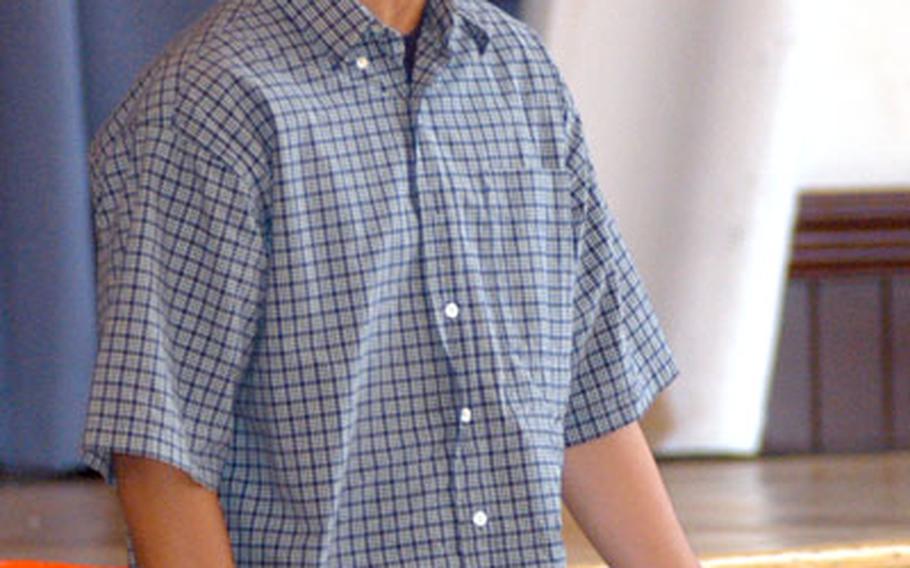 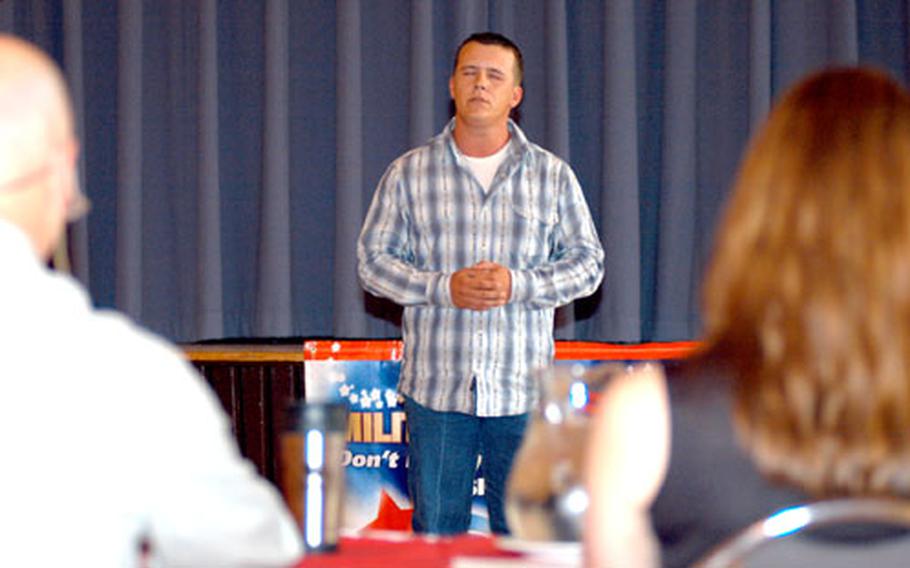 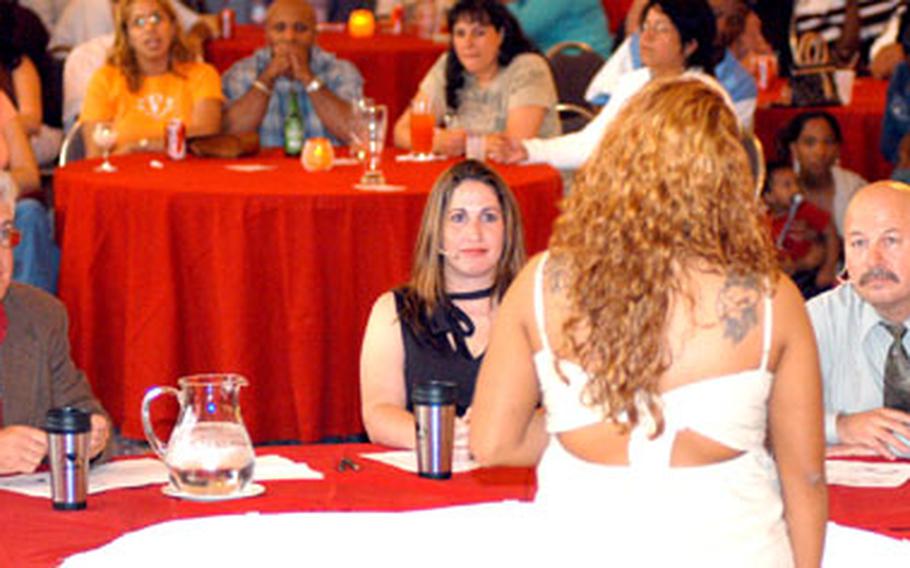 Ten active-duty servicemembers based in Europe are using their vocal skills to earn some money and a trip to the States &#8212; they just don&#8217;t know who they are yet.

Nine Army communities in Germany and another in Belgium are holding local &#8220;Military Idol&#8221; competitions, with the winner on each base getting $500 and a trip to the States to compete in the event&#8217;s finals.

The winners from Europe will be among 35 from around the globe who will sing Oct. 17-22 at Fort Gordon, Ga. In addition to a chance to win a $1,000 prize, there&#8217;s also a chance for some fame. The finals will likely be televised on the Pentagon Channel.

Interested in trying out? If you&#8217;re not already involved, then there&#8217;s always next year.

Garland Travis, entertainment director for U.S. Army Garrison Franconia, said those competing in W&#252;rzburg had to grab the microphone weeks ago.

That number will be trimmed over the next few weeks. About 400 people watched the performances last week at the Cantigny Club and Travis hopes the numbers will only grow. The club holds about 500.

The audience is important, because each of those attending can vote for their favorite performers. The audience makes up half the vote, with a panel of three judges accounting for the other 50 percent. So a competitor assigned to a large unit might have an advantage if his or her fellow soldiers turn out.

&#8220;Military Idol&#8221; is hosted by Morale, Welfare and Recreation and is essentially an Army competition, though servicemembers from other branches stationed in participating Army communities also are eligible.

The Army&#8217;s Community and Family Support Center in Alexandria, Va., secured a licensing agreement with Freemantle Media, co-producer of &#8220;American Idol&#8221; to hold the competition.

U.S. Air Forces in Europe held a similar competition that was won by Maj. Lawrence Speer of the 76th Airlift Squadron at Ramstein in April. But no Air Force or Navy communities in Europe are holding preliminaries in &#8220;Military Idol.&#8221;

Information on competitions in the Ansbach and Hanau, Germany, and at SHAPE/Chievres, Belgium, communities was not available.