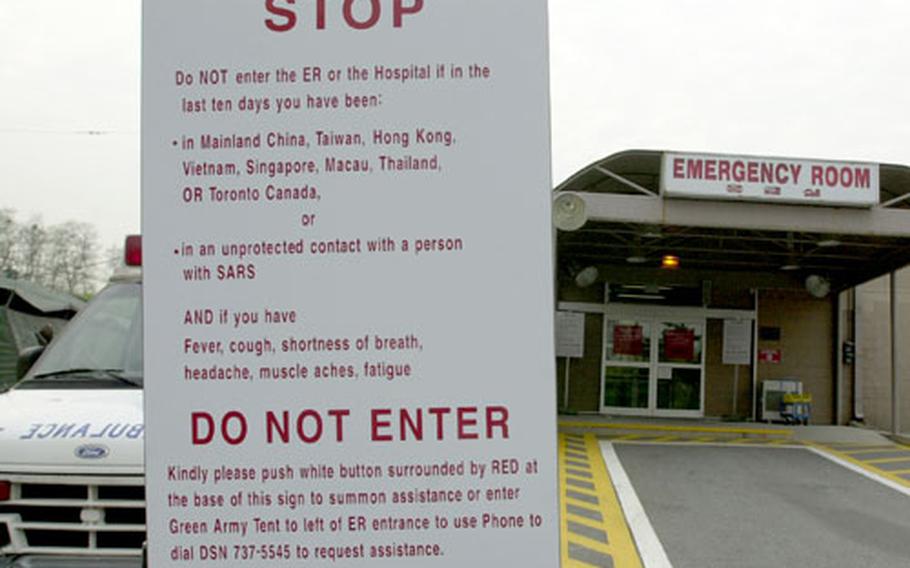 SEOUL &#8212; A U.S. servicemember and four of his family members were quarantined after returning to South Korea with suspected symptoms of severe acute respiratory syndrome, officials confirmed Thursday.

He said the family no longer is in quarantine.

O&#8217;Mara is on a team of from 25 to 30 U.S. military medical personnel across the peninsula focusing on preventing the possible spread of SARS.

He said medical personnel hold a daily video teleconference to discuss the latest developments and current issues, including information from the U.S. Centers for Disease Control and Prevention and the World Health Organization.

He said the command is inviting people who travel to SARS-infected areas, or feel they&#8217;ve been in contact with a SARS-infected person, to call a hot line, 737-SARS, after they return from travel. Affected are China, Hong Kong, Taiwan, Singapore, Vietnam, the Philippines, Thailand, Malaysia and Toronto.

He also said a key part of the effort is to encourage the public to cooperate and quickly seek medical evaluation if concerns develop.