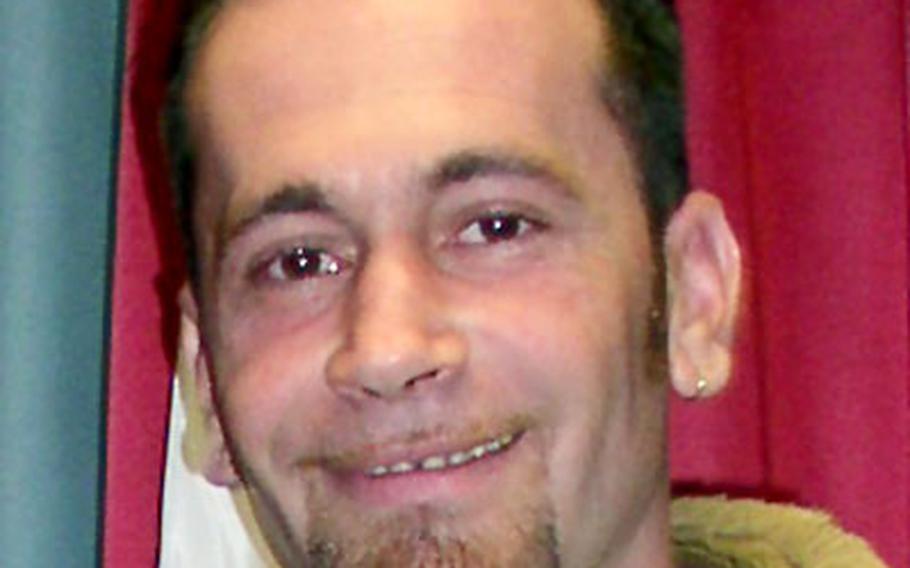 Raniero Marti, a local national employee at Camp Darby, Italy, is donating part of his liver to his mother-in-law, who lives in the States. The two have never met. ()

A local national employee at Camp Darby, Italy, is taking several months off work to donate a part of his liver to his American mother-in-law.

Raniero Marti has already left his job as a painter at Field Support Battalion-Livorno, and is in New York undergoing screening before the planned operation.

Marti, who has only been working for the U.S. military since Dec. 1, is married to an Italian whose mother holds citizenship from both countries and lives in the United States. When she contracted hepatitis C, her children were screened but were found not to be matches.

Marti, who reportedly has never met his mother-in-law, was.

&#8220;For me, it is just a natural consequence of the situation, knowing that her life depends on me does not give me a choice,&#8221; Marti said last week at a ceremony honoring him on base.

&#8220;I am excited, confused, embarrassed at the moment. It is going to be long and difficult, but I strongly believe in God and he guides me through these choices.&#8221;

Marti, who couldn&#8217;t be reached for additional comment, drew praise from his supervisors for both his work and his decision to help out his relative.

&#8220;Marti immediately became the paint shop hero,&#8221; said his foreman, Maurizio Franco. &#8220;He is not only a true professional, willing to learn the job. He also acquired in only two months growing responsibilities and always performed in the best way.&#8221;

Massimo Carpina, chief of planning, production and control for the battalion, said it likely would be several months before Marti returns to work. The operation, not commonly performed in Italy, reportedly takes about a month of recuperation time.

Carpina said the part of the liver being donated is expected to regenerate.