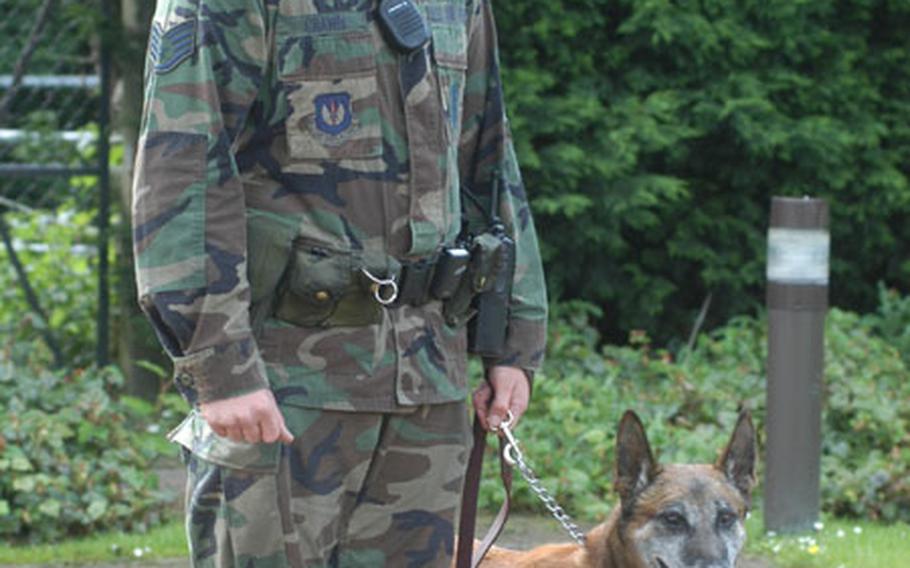 Staff Sgt. Jeffrey Crawn and Harras, his military working dog, await the start of a retirement ceremony for Harras Friday at RAF Lakenheath, England. The dog was retired from service after 12 years of service to the Air Force. (Ron Jensen / S&S)

Staff Sgt. Jeffrey Crawn and Harras, his military working dog, await the start of a retirement ceremony for Harras Friday at RAF Lakenheath, England. The dog was retired from service after 12 years of service to the Air Force. (Ron Jensen / S&S) 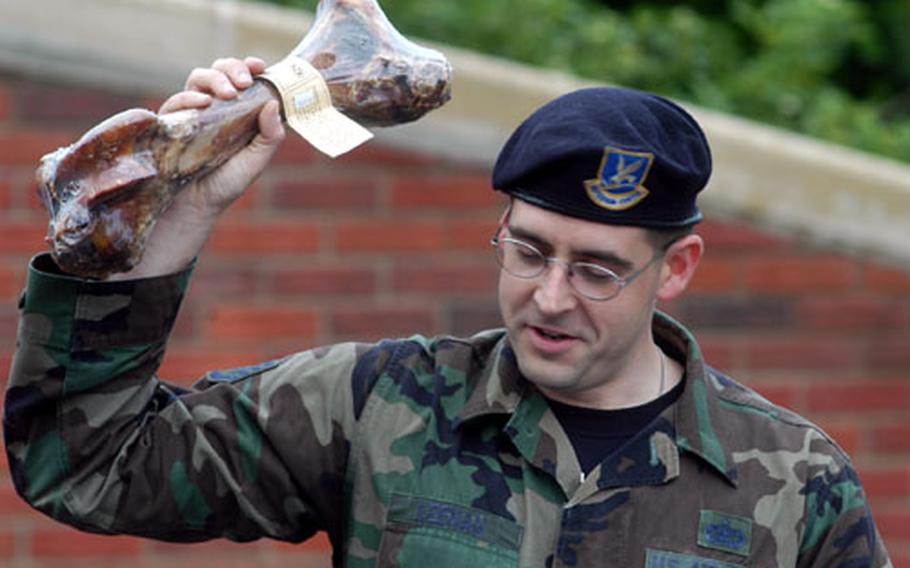 Staff Sgt. Edward Keenan holds aloft a bone given to Harras, a military working dog, who was retired from service in a ceremony Friday at RAF Lakenheath, England. Keenan, a member of the 48th Security Forces Squadaron, was master of ceremonies for the event. (Ron Jensen / S&S) 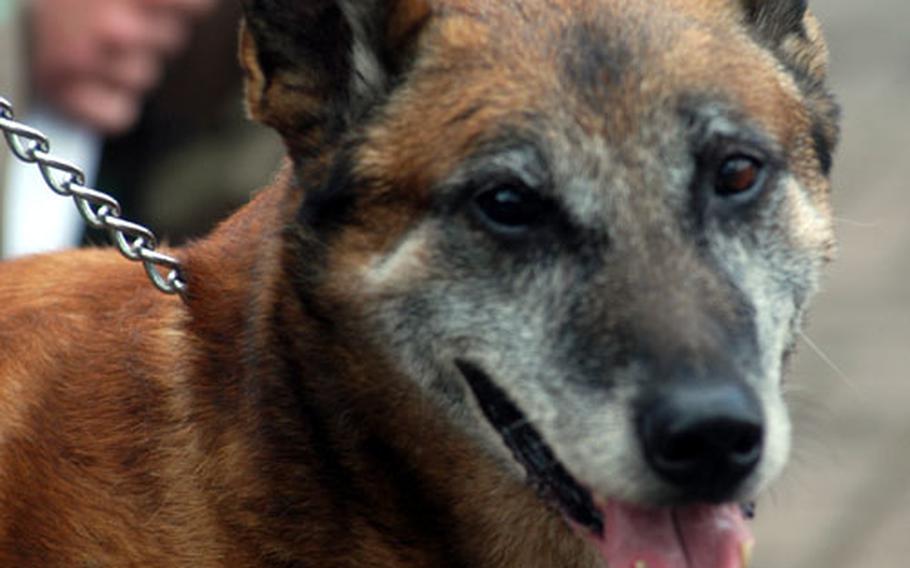 Harras, a Belgium Malinois, has been a military working dog for 12 of his 13 years. He was retired from service during a ceremony Friday at RAF Lakenheath, England. (Ron Jensen / S&S) 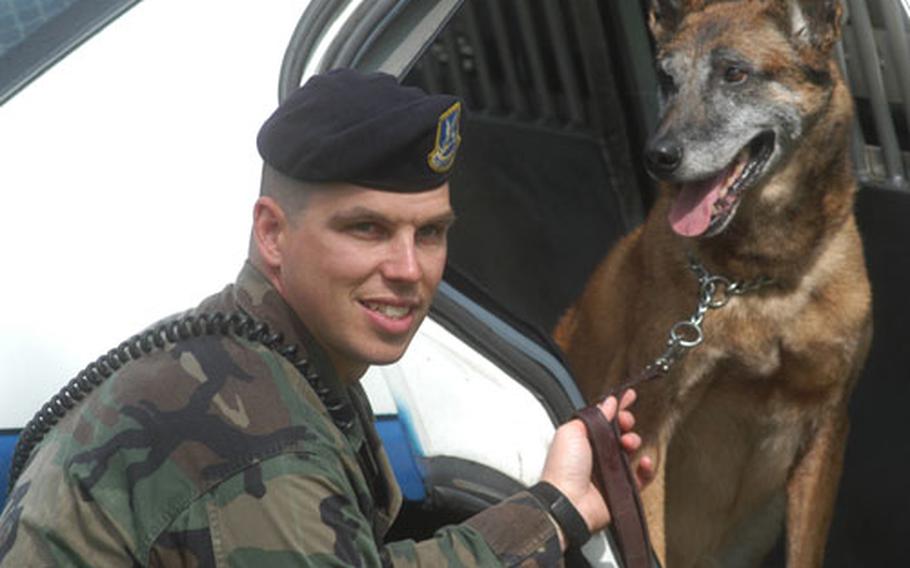 The military working dog ended 12 years of service to the U.S. Air Force in a ceremony that was high on humor, but also tinged with solemnity.

When Harras was presented with a bone from the base shoppette, Staff Sgt. Edward Keenan said the dog would have &#8220;a lot of time on his paws to enjoy it.&#8221;

But the jokes didn&#8217;t hide the heartfelt appreciation that was tossed at the Belgian Malinois. He was presented with several certificates of appreciation and a plaque from the Enlisted Wives&#8217; Club.

&#8220;We asked a lot of Harras, and he gave us everything he had every time his handler picked him up from the kennel,&#8221; Delaney said in his remarks. He said Harras and all military working dogs are more than just a piece of equipment, which is how they are classified in the Air Force.

Harras was born in April 1990 and began his military service at Lackland Air Force Base, Texas. He became a certified patrol and explosive detector dog on June 8, 1992, beginning an assignment at Ramstein Air Base, Germany, soon afterward.

He was assigned to the 48th Security Forces Squadron at RAF Lakenheath in May 1994 and has served at the base ever since.

In that time, he has assisted the FBI, CIA and Secret Service. When President Clinton visited London, it was Harras&#8217; nose that sniffed for explosives before the commander-in-chief&#8217;s arrival.

Staff Sgt. Jeffrey Crawn, the last of Harras&#8217; six handlers in his career, said arthritis has robbed the dog of his stamina for a full shift of work.

Never has there been a tragedy because Harras missed something.

Crawn said the dog&#8217;s inability to keep up the pace was noticed a few months ago, and Harras was relieved of duty. He will now retire to the kennel at the base, where his care and feeding will be provided by volunteers and donations.

With the squadron at attention, Delaney officially retired Harras from the Air Force, ready now for a well-deserved life of leisure.