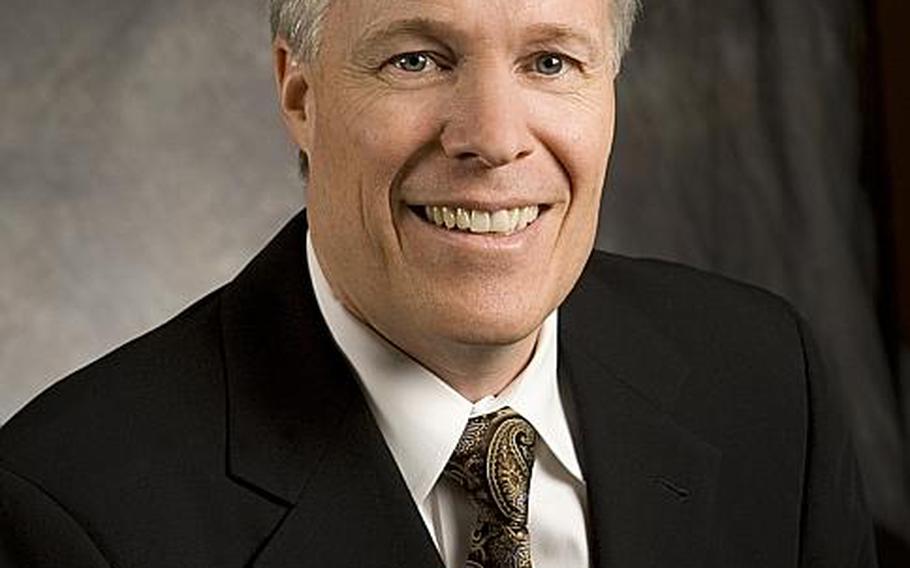 KAISERSLAUTERN, Germany — With a handful of changes, the military could all but eliminate sexual assaults from the ranks within a year, according to a social scientist who has advised the Pentagon on the issue.

Defense Department officials disagree, saying there is no “silver bullet” that will eliminate sex crimes.

Nevertheless, the Pentagon and the adviser, Joseph Grenny, are largely in agreement on one point: Military culture needs to change.

Grenny, a co-founder of the management consulting firm VitalSmarts and co-author of four books on organizational and personal change, has more than three decades of experience advising businesses and government agencies around the globe.

Lockheed Martin turned to him in the late 1990s when internal gridlock threatened to upend the company’s bid to win a $200 billion contract to build the Joint Strike Fighter.

“It took about nine months to really drive change,” Grenny said, “but one of the critical variables was that the new norms and new behaviors had to be taught by the chain of command.”

As soon as the chain of command takes responsibility for teaching and advocating for new skills and behaviors that are needed to change an organization’s culture, “change happens,” Grenny said. “That’s how it works.”

Lockheed, he notes, went on to win the fighter contract.

But the military has taken a different approach, and there’s no evidence to suggest that its methods will work, according to Grenny.

“There’s pretty settled science about what’s wrong with what’s being done; and the kind of mistakes that are being made — that are not leading to culture change — are the same ones that corporate leaders around the world make.”

The daylong sexual assault prevention training sessions, banners and posters that have rolled out at U.S. installations around the world might contain useful information, he said, but they “don’t deal with the on-the-ground sources of influence that drive this kind of behavior.” And, they are largely presented by people outside the chain of command.

Prosecuting the perpetrators of sex crimes is important, he said, but it’s a small part of what it takes to affect change.

“What predicts whether somebody will carry out an assault, by and large, is their perception of the tolerance in the community they’re in,” Grenny said.

Right now, he said, there appears to be a real tolerance for mild forms of sexual harassment in the military ranks, such as the ogling of a female soldier by a higher-ranking male.

If other members of the unit say nothing, “that sends a powerful profound signal. And that is one of the most important ways norms are shaped,” Grenny said.

To work, commanders have to be the ones conducting the training events, Grenny said, just as was done at Lockheed.

Often, however, commanders are seen as part of the problem. Some victims say their commanders pressured them not report a sexual assault because it would ruin the career of the accused.

Col. Alan R. Metzler, deputy director of the Pentagon’s Sexual Assault Prevention and Response Office, said that the perception that commanders have a say in reporting sex crimes is part of a “misplaced narrative.”

Victims who don’t want to report an assault to their commander can instead report to investigators, law enforcement, medical professionals, victim advocates or sexual-assault response coordinators, Metzler said.

And after a report is made, “commanders don’t investigate these crimes; criminal investigators do.”

After an investigation, commanders are, however, involved in deciding whether to prosecute sexual assault cases.

There is heated debate in Washington about stripping commanders of that authority. Grenny said that discussion is distracting from the real solution to the problem.

Commanders should be held responsible for creating an environment in which assaults won’t be tolerated, fellow servicemembers protect each other from harassment and assaults and victims can safely report incidents, he said.

He’s proposed conducting surveys twice a year to take the pulse of troops on those three questions, and firing or withholding promotions from commanders who fail to create or maintain those conditions.

Hold commanders — even down to the company level — accountable in this manner, and “the culture will change in a year,” Grenny said.

Command climate surveys similar to what Grenny proposes are required annually throughout the military, Metzler said. The surveys can be used by higher-level commanders to assess the overall performance of their subordinates, but there is no formal requirement that they be included in performance ratings, he said.

“Secretary Hagel understands that that’s something that we may need to look at,” Metzler said, noting that the secretary has ordered the services to develop ways to assess commanders’ performance and hold them accountable. They have until Nov. 1 to report back on how they plan to hold leaders accountable for meeting the Pentagon’s sexual assault and harassment prevention goals.

But the Pentagon is also investing heavily in other parts of its strategy, including efforts to encourage reporting by victims and prosecuting offenders.

“What’s important to understand is, there’s no silver bullet to stopping this problem,” Metzler said. “It has to be a multi-disciplinary approach.”