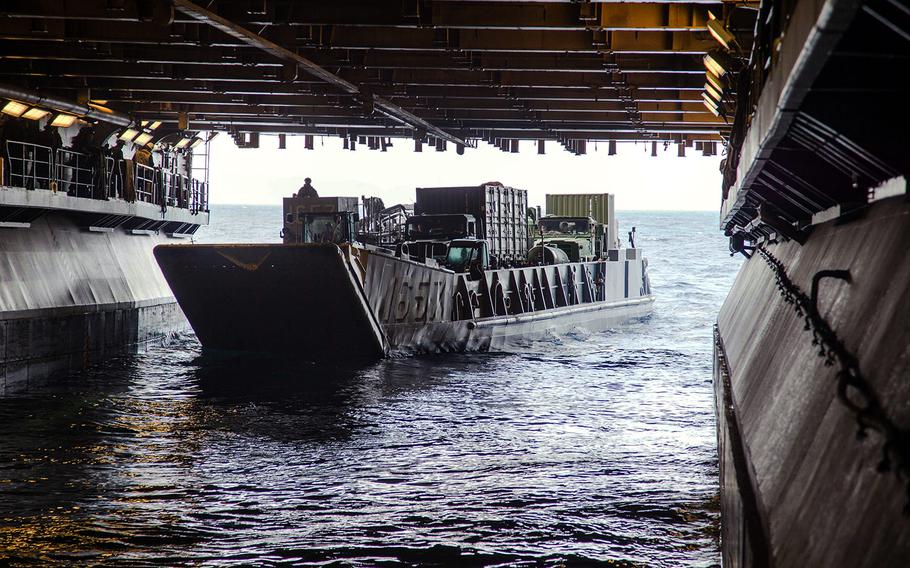 WASHINGTON – The Defense Department has dispatched about 2,600 troops to aid Hurricane Maria victims in the U.S. Virgin Islands and in Puerto Rico, where access to power and communications remained severely limited five days after the Category 4 storm struck the U.S. territory.

Helicopter-borne troops from the Kearsarge have conducted eight medical evacuation missions this week and delivered about 22,200 pounds of supplies and cargo to Puerto Rico and the U.S. Virgin Islands, Manning said. The Kearsarge was initially deployed to respond to Hurricane Harvey when the storm struck the Texas coast in late August. The ship has since been used to respond to Hurricane Irma and Maria.

The Pentagon on Monday also deployed eight UH-60 Black Hawk helicopters from Fort Campbell in Kentucky to San Juan to help officials in Puerto Rico distribute goods across the island, Manning said. Officials have estimated it will be months before power is restored to some parts of the island that is home to 3.4 million people.

Army Corps of Engineers personnel on Monday were helping inspect the Guajataca Dam, a critical levee in Puerto Rico’s northwest corner that is in danger of breaking, Manning said. Puerto Rico Gov. Ricardo Rosselló on Friday ordered 70,000 inhabitants near the dam to evacuate.

The military has pledged to provide as much help as the federal government asks of it in response to Maria and the two earlier storms that ravaged parts of Texas, Louisiana, Florida and the Caribbean.

Thousands of U.S. troops remain committed to operations in Texas and Florida in response to Harvey and Irma, but the relief efforts have not stretched the Pentagon too thin, Manning said Monday.

“We have the capability to do exactly what we’re doing, and we’re going to do all we can for the people of Puerto Rico and the Caribbean in the wake of these disastrous storms,” he said. “This is a long-term effort. It’s a marathon, not a sprint, and [the Defense Department] will continue to support them as long as support is needed.”