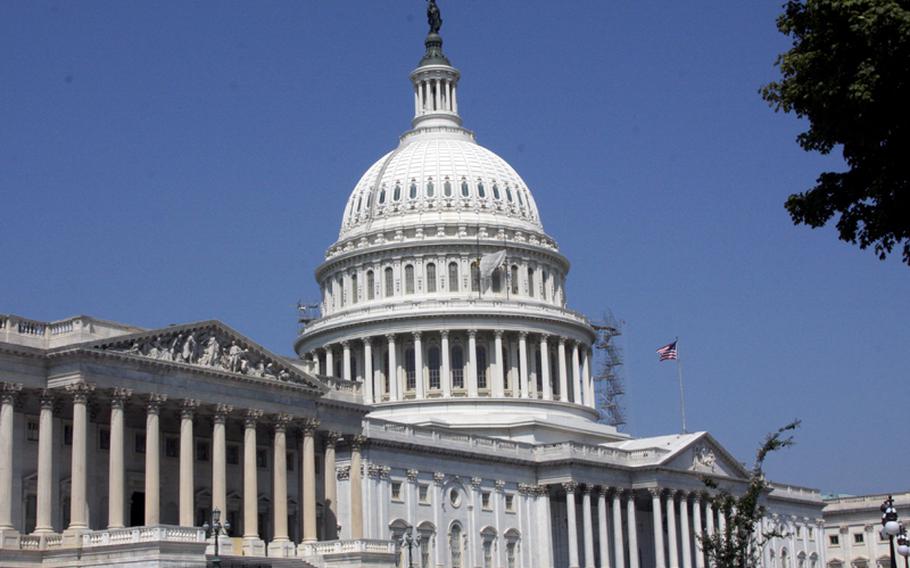 After several days of threats of federal furloughs and disruption of military pay, Congress avoided another government shutdown Monday night by agreeing to a six-week temporary budget plan.

The move delays the next budget showdown until November but doesn&rsquo;t calm the frustration of veterans who have seen their benefits and military programs held hostage by partisan squabbles three times in the last six months.

&ldquo;It&rsquo;s insane to think that during wartime, military families could be endangered because Congress can&rsquo;t do their job,&rdquo; said Tom Tarantino, senior legislative associate for Iraq and Afghanistan Veterans of America. &ldquo;Military pay and programs should not be threatened at the whim of politicians.&rdquo;

In March, the first time congressional infighting threatened a lengthy budget stalemate, Pentagon officials announced that a partial government shutdown would mean furloughs for some defense employees and possibly work without pay for troops. Commissaries and some other key base offices would be closed, and Veterans Affairs officials warned some retiree services could be disrupted.

Those fears never became reality, as Democratic and Republican leaders reached a last-minute agreement funding the federal budget until Oct. 1. But the issues resurfaced again during the debt ceiling debate in August, and again last week as that Oct. 1 deadline loomed.

The shutdown threats have become so routine that VA and Defense Department officials didn&rsquo;t even bother to offer new guidance on how to prepare for possible office closings and paycheck delays, instead dusting off plans originally written in March.

Peter Gaytan, executive director of the American Legion, said each shutdown threat brings numerous concerned phone calls to his office, most trying to determine how active-duty troops will be hurt.

&ldquo;That&rsquo;s their main concern, making sure that the men and women in uniform are protected,&rdquo; he said. &ldquo;But there&rsquo;s also a collective sigh, a &lsquo;Here we go again&rsquo; feeling.&rdquo;

That opinion goes beyond just the federal workers most affected by a possible shutdown.

&ldquo;The public is just fed up with Washington,&rdquo; said Karlyn Bowman, senior fellow at the American Enterprise Institute. &ldquo;Dissatisfaction is deep. Views of Congress are close to all time-lows. I don&rsquo;t see that turning around any time soon.&rdquo;

Tarantino said even if lawmakers can&rsquo;t tamp down the partisan politics, some of that frustration his members feel could be prevented if Congress would pass protections for military pay and benefits.

Earlier this month, Rep. Justin Amash, R-Mich., introduced legislation that would guarantee troops receive their regular salary and living expenses if the federal government is forced to shut down. In a statement, Amash said the paycheck protection is necessary because &ldquo;our brave men and women in uniform should not be used as pawns in Washington political games.&rdquo;

But his is the fifth such bill introduced since the spring (and lawmakers have offered similar amendments to other bills) without success, despite public pledges from dozens of lawmakers. None has made significant progress.

&ldquo;Our veterans and retirees, they&rsquo;re worried, but they won&rsquo;t feel the impact as much as a military family that loses a paycheck,&rdquo; he said. &ldquo;It&rsquo;s hard to pay [for] the groceries with only a blog post from the government promising you&rsquo;ll get paid eventually.&rdquo;

The agreement worked out Monday night extends the federal budget until Nov. 18 but does not include any of those military paycheck protections. Congress will have to approve new budgets for fiscal 2012 before that deadline or pass another temporary extension in order to stave off another shutdown threat.

&ldquo;So we&rsquo;re just going to do this again in two months,&rdquo; Tarantino said.