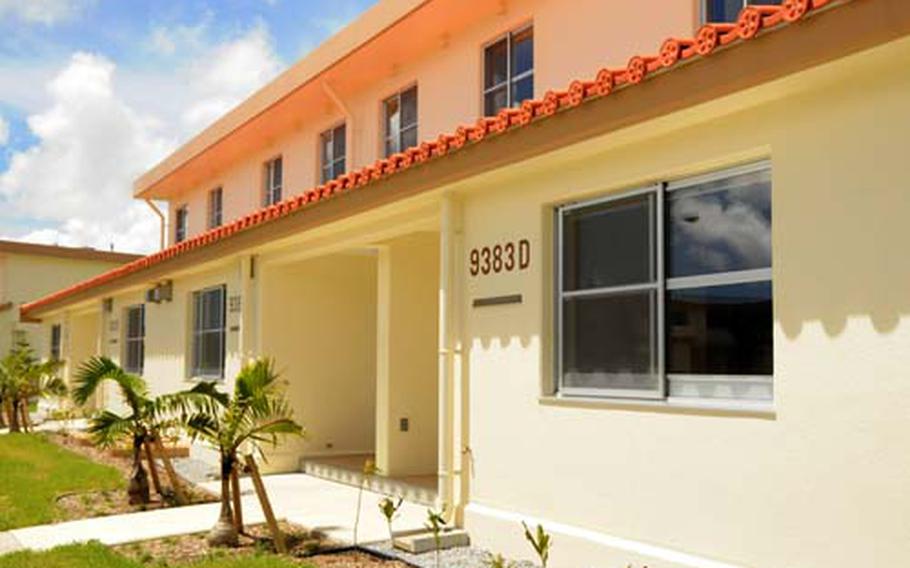 This housing complex in Jenning Housing Area on Kadena Air Base was recently renovated and is ready for occupancy. (Cindy Fisher / S&S)

This housing complex in Jenning Housing Area on Kadena Air Base was recently renovated and is ready for occupancy. (Cindy Fisher / S&S) 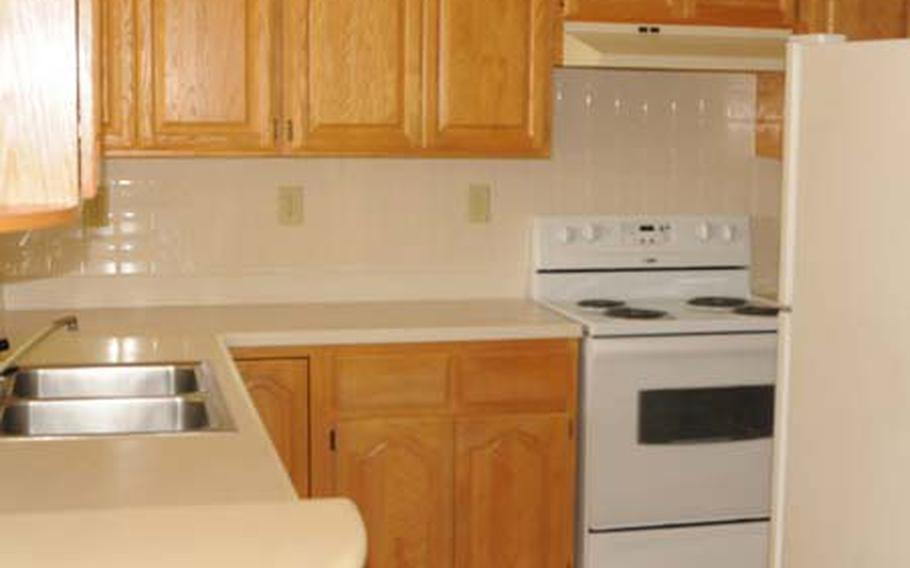 Once all homes in the nearby area have completed renovations, they will be made available for occupancy, according to Kadena housing officials. (Cindy Fisher / S&S)

KADENA AIR BASE, Okinawa &#8212; New families coming to Okinawa can forget about renting that house on the beach.

Starting Aug. 1, all inbound military personnel with families will be required to live in base housing, the 18th Wing announced Tuesday. The Air Force manages all military housing on the island.

"The focus of this new military family housing assignment policy is to increase occupancy rates in our government homes on base," said Lt. Col. David Wilder, 718th Civil Engineer Squadron commander at Kadena Air Base, according to a news release. "By increasing our occupancy in homes built for U.S. forces on Okinawa, we expect to save the Department of Defense about $30 to $50 million annually."

The policy eventually will be implemented throughout Japan, the release stated.

"We cannot afford to continue to pay off-base entitlements when we have homes recently renovated or constructed and available on base," Wilder said.

Once that goal is met, newcomers will once again be given the choice of living on or off base, Wilder said. The policy does not affect families already on Okinawa. It also does not affect civilians and unmarried servicemembers.

The housing operation is the largest within the DOD, according to the 718 CES Housing Flight.

There are 4,014 units on Kadena Air Base, or 48 percent of the inventory. Marine camps Courtney and McTureous have 995 units, or 12 percent. Camp Kinser makes up another 12 percent with 982 units. Camp Foster and Camp Lester combined have 2,353 units, or 28 percent of the total.

Work is under way to renovate 3,745 units. About a third of all military housing turns over every year.

"We are all shocked," said Yasuhiko Okae, former chairman of Okinawa Real Estate Federation and owner of a housing agency in Chatan. "With the new policy, the number of families living off base could drop from about 4,000 to 600. This is a life-or-death matter for us."

He said about 200 new homes designed for Americans are built each year.

"The total rent generated from off-base homes is estimated to be about 8 billion yen per year (about $80 million)," Okae said. "There are about 40 housing agencies that cater to Americans with more than 150 employees. Many of them will end up losing their jobs."