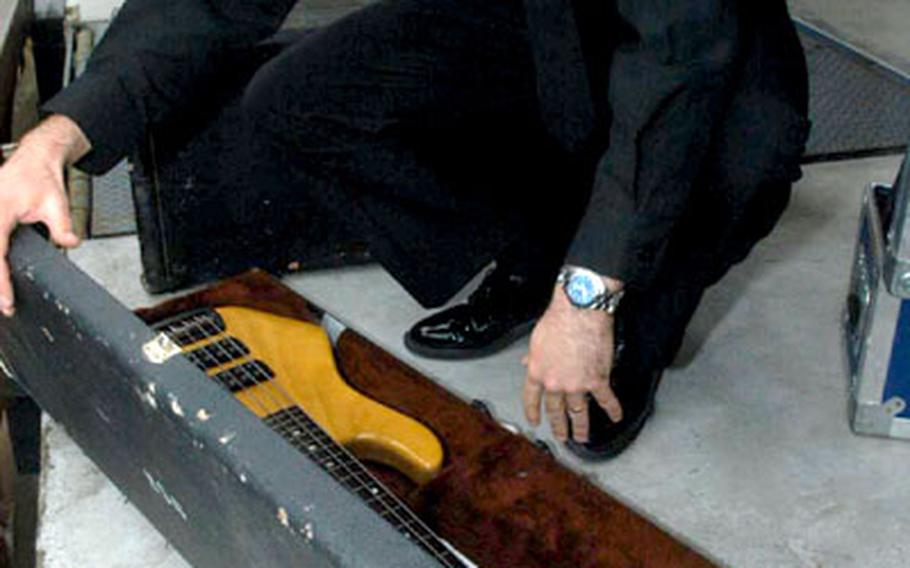 NAVAL SUPPORT ACTIVITY NAPLES, Italy &#8212; The news was music to John Bockman&#8217;s ears: Military bands in Naples were transferring $40,000 in instruments to his high school band.

On Tuesday, the Naples American High School band director met with 6th Fleet and NATO band officials to pick up the equipment. The ensemble includes a public-address system, amplification system and $10,000 in saxophones.

The military bands regularly receive new equipment and must cycle out the used instruments, which usually are sent to a supply center or are redistributed to other bands, said Lt. j.g. Bruce McDonald, 6th Fleet band director.

McDonald said 6th Fleet and the NATO band decided to help out local students. Because Naples American High School is a Department of Defense Dependents school, band officials could organize the direct transfer of the equipment through the Defense Reutilization and Marketing Office.

Though the 50 or so pieces of equipment &#8212; including tubas, electric guitars and other instruments &#8212; have gone on the road again and again, from Iceland to Tunisia, they are by no means beat up, the band directors said.

The 125 students will put them to good use, Bockman said.

Bockman said the equipment turnover is characteristic of the thoughtfulness of the military bands. Several servicemembers tutor some student musicians, often free of charge.