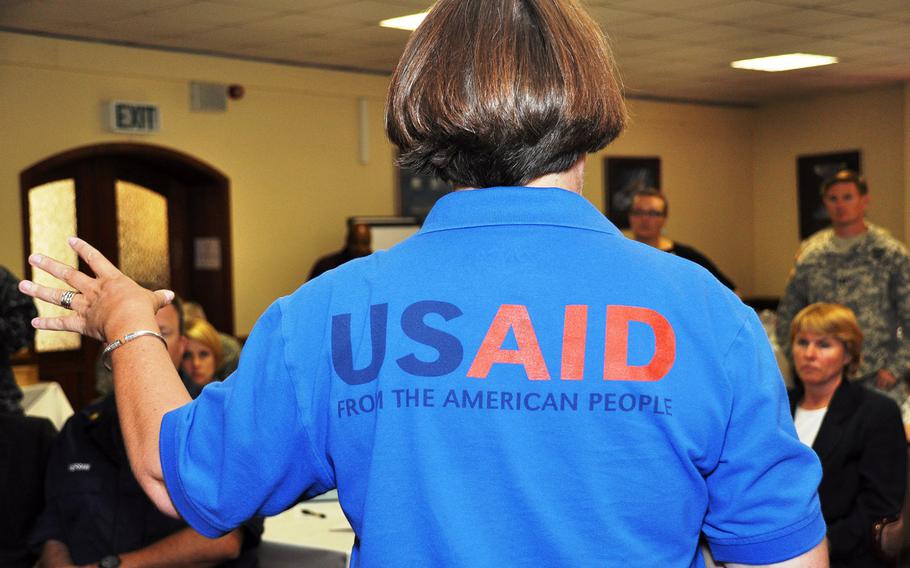 STUTTGART, Germany — No U.S. military support is planned in connection with the ongoing crisis in the Central African Republic, where hundreds of French troops are being deployed as part of an international effort to stem an outbreak of sectarian bloodshed, U.S. officials said.

Washington has pledged some $40 million to help set up an international peacekeeping force led by the African Union. However, there are no plans for now for the U.S. military to provide the type of support it did earlier this year in Mali, where U.S. transport aircraft played a key role in transporting French forces in and out of the area.

In New York, the United Nations Security Council on Thursday authorized an African-led and French-backed peacekeeping force to stem the spiraling violence. It cited concerns that a sectarian conflict between Christians and Muslims could divide the nation along religious and ethnic lines.

When asked by reporters on Thursday whether there were plans for U.S. military participation in those efforts, U.S. officials said not at this time.

“Again, no other plans or anything to announce at this point,” said Marie Harf, a State Department spokeswoman.

The Stuttgart-based Africa Command declined to comment Friday on whether or not it was preparing to support international efforts in CAR. Conditions there have steadily deteriorated since the March ouster of President Francois Bozize, who was overthrown by rebel fighters. In the meantime, a transitional government has been unable to bring order as assorted bands of Muslim and Christian militiamen fight one another.

The violence, which already has displaced some 400,000 citizens, threatens to destabilize the entire region, according to the International Crisis Group.

“The crisis in CAR was a real test for the architecture of peace and security in the region”, said Thierry Vircoulon, Crisis Group’s Central Africa Project Director, in a Dec. 2 news release. “It is time that those who call for an African solution in CAR recognize that this crisis is a threat to regional peace and security that cannot be left to Africa alone to resolve.”

Late last month, France announced that it would send 1,000 more troops to CAR to bolster the 400-strong force already in the country.

Increasingly, Paris has been playing a leading role in trouble spots around the African continent, particularly in areas where it once had a colonial footprint.

In Libya, French forces spearheaded the NATO air bombardment campaign that resulted in the toppling of Libya’s longtime leader Moammar Gadhafi. And in Mali, French troops deployed as part of an effort to push back Islamic militants who threatened to take over the country. The U.S. opted to stay in the background in Mali, providing logistical support to the French — including airlift and aerial refueling. A U.S. drone base in Niger has provided intelligence support to the French forces there.