Military arrives in Pakistan to assist in earthquake recovery 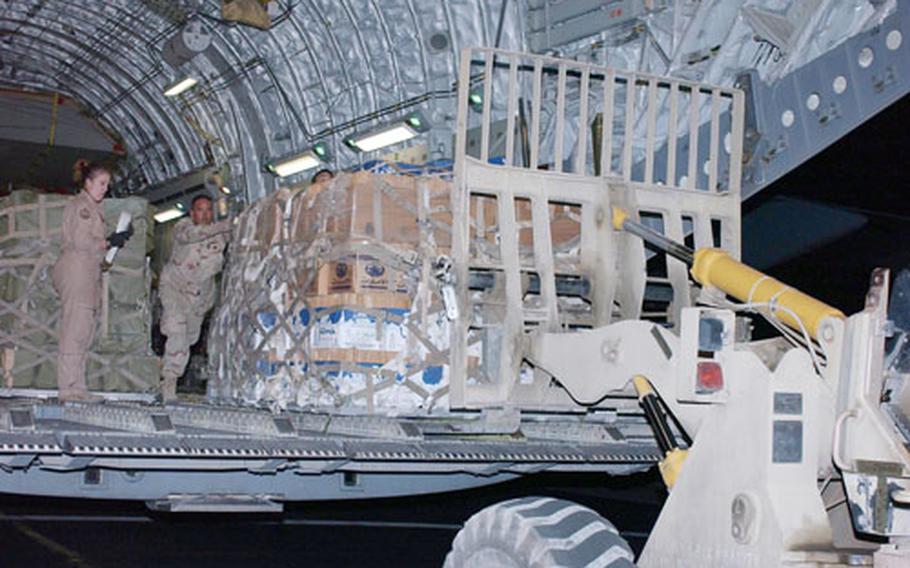 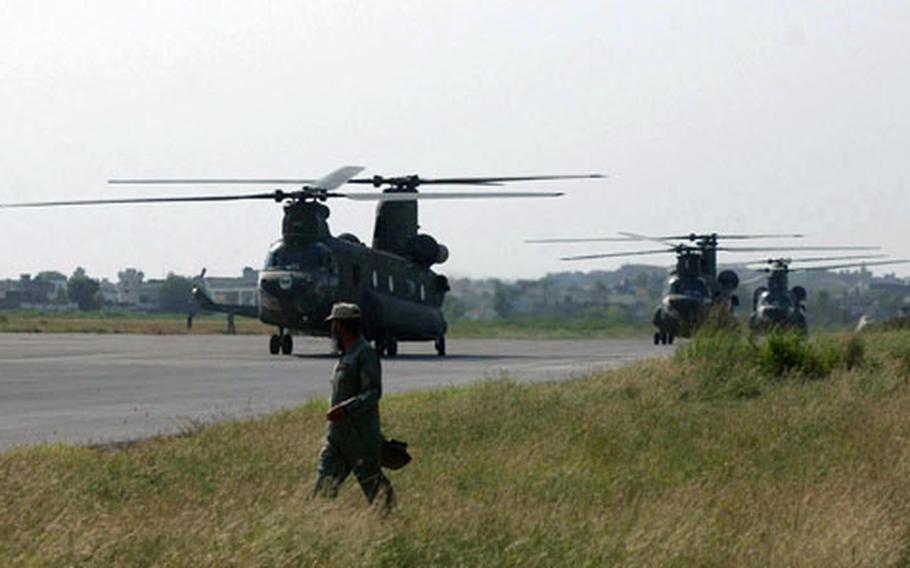 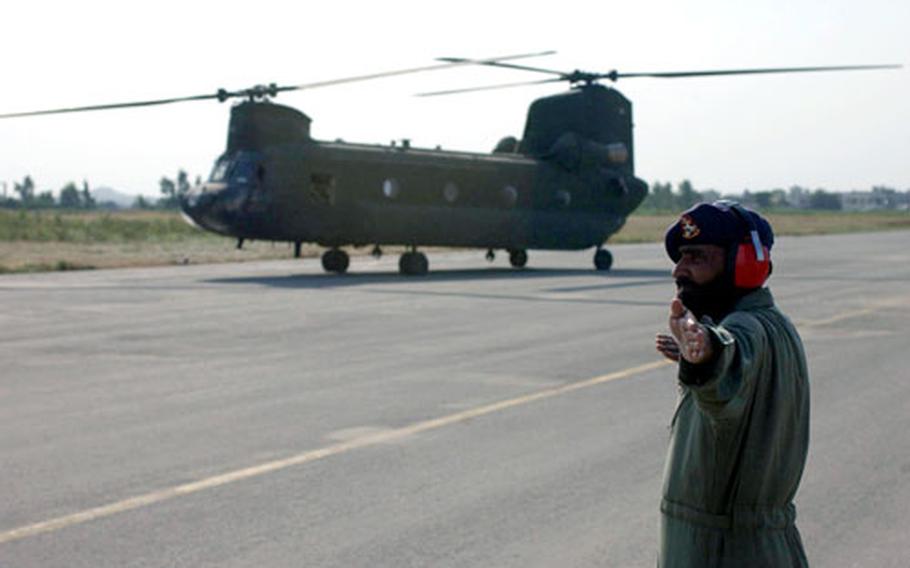 Eight Army helicopter crews deployed from Germany and at least two Air Force C-17 transport planes have been ferrying food, water, medicine and blankets from Bagram Air Base to a Pakistani military airfield since Monday.

In total, the United States expects to send at least 25 to 30 helicopters to Pakistan to assist with earthquake relief efforts, said Pentagon spokesman Lawrence DiRita.

At least one U.S. military Chinook helicopter was unable to reach the quake zone because of a rainstorm.

&#8220;We had a storm blow into the area on some of the mountain passes that you have to go through to get into the remote area, and they had to come back and land due to the weather,&#8221;U.S. military spokesman Col. James Yonts said.

Other C-17s with more support and equipment were scheduled to arrive Tuesday. DiRita said some of the additional helicopters would come from Afghanistan and Bahrain, but military officials said the earthquake recovery efforts would have no impact on current combat operations.

U.S. military officials are &#8220;identifying and will deploy additional capabilities to assist the State Department and affected countries, including helicopters, engineering and heavy lift capabilities, medical support and humanitarian assistance,&#8221; the Pentagon said.

&#8220;Our total focus is on relieving the suffering in Pakistan, help them stabilize and, in the longer term, recover,&#8221; said Lt. Gen. Karl Eikenberry, Combined Forces Command-Afghanistan commander.

Eikenberry had been sent to Islamabad, Pakistan, to coordinate the beginning of the relief efforts. He has since returned to Afghanistan, officials said Tuesday.

Around 19,000 U.S. troops are in Afghanistan conducting reconstruction programs and hunting Taliban and al-Qaida fighters. Eikenberry has operational control over those forces; U.S. officials have said earthquake relief efforts would not slow combat operations in Afghanistan.

Upon Eikenberry&#8217;s return, the Pentagon announced Navy Rear Adm. Michael Lefever as the head of a &#8220;humanitarian coordination center&#8221; in Pakistan. Lefever is tasked with coordinating between the Pakistani government, the Pentagon, the State Department, and other U.S. agencies providing aid.

DiRita said he had not heard any information on whether the recent earthquake may have injured or killed Osama bin Laden, often rumored to be hiding somewhere in the region.

Stripes reporter Jeff Schogol and The Associated Press contributed to this report.