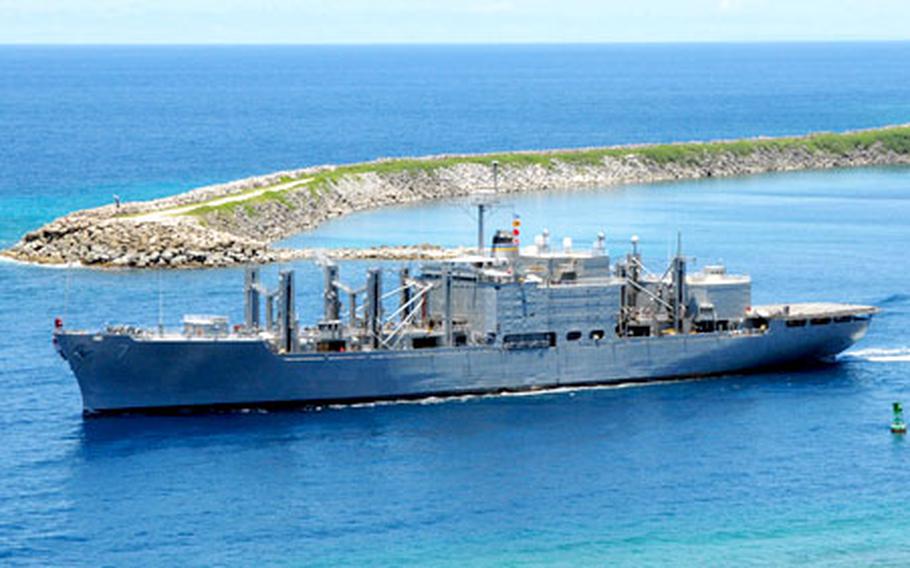 The military airfield on Wake Island is structurally sound despite the thrashing from Super Typhoon Ioke last month, but the power delivery and waste water systems were destroyed, members of the Air Force&#8217;s damage assessment team said Thursday after returning to Guam.

The team from the 36th Contingency Response Group on Andersen Air Force Base returned late Wednesday night after conducting an initial assessment of the airfield and base on Wake Island, which primarily is used as a research and refueling outpost.

The Air Force said a cost analysis &#8212; by a team of 15th Air Wing airmen from Hickam Air Force Base, Hawaii, Department of Defense employees and contractors &#8212; will be used to decide the future of Wake Island.

The atoll was hit Aug. 31 with the Central Pacific&#8217;s biggest storm in a decade. Ioke brought winds of up to 155 miles per hour and gusts of up to 190. The island&#8217;s nearly 200 residents &#8212; all of them servicemembers, Defense Department civilian employees or military contractors &#8212; were evacuated a few days before the storm hit.

Master Sgt. Robert Cobaugh, superintendent of the 36th Mobility Response Squadron, said although the airfield was cluttered with debris, a structural analysis showed the runways were sound and could bear the weight of aircraft.

Cobaugh&#8217;s crew cleared the airfield of sand, coral, shingles, rock and other debris with equipment ranging from heavy machinery to brooms to people picking up stones with their hands.

About 70 percent of the buildings on the island were moderately to severely damaged and the facilities lack running water, according to an Air Force news statement.

&#8220;The power infrastructure and the waste water system got the worst damage,&#8221; said Johnston, whose main task was assessing the damage to the power.

He said the electrical grid, including a majority of the generators, &#8220;was pretty much devastated.&#8221;

The power plant itself was fairly unscathed and remains able to produce electricity, he said, but there is no way of getting it anywhere.

The team tried to salvage generators from another location to bring to billeting, where a 53-person team that arrived Tuesday to do a cost analysis for repairing the damage is staying. But that caused what little power was available from portable generators to fail, Johnston said. The running generators were maintaining power for two freezers with stored food, which was deemed most important.