Milestone made at Victory Camp: a hot meal 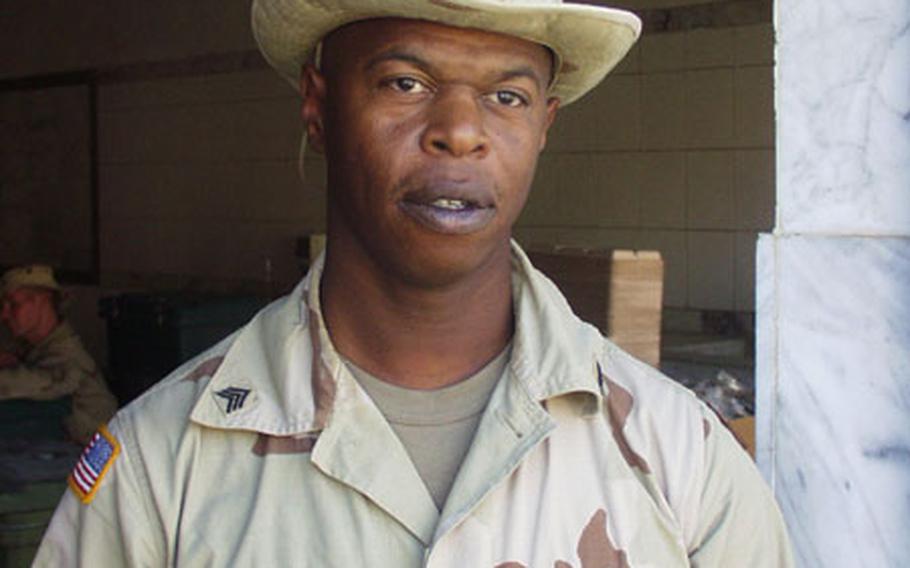 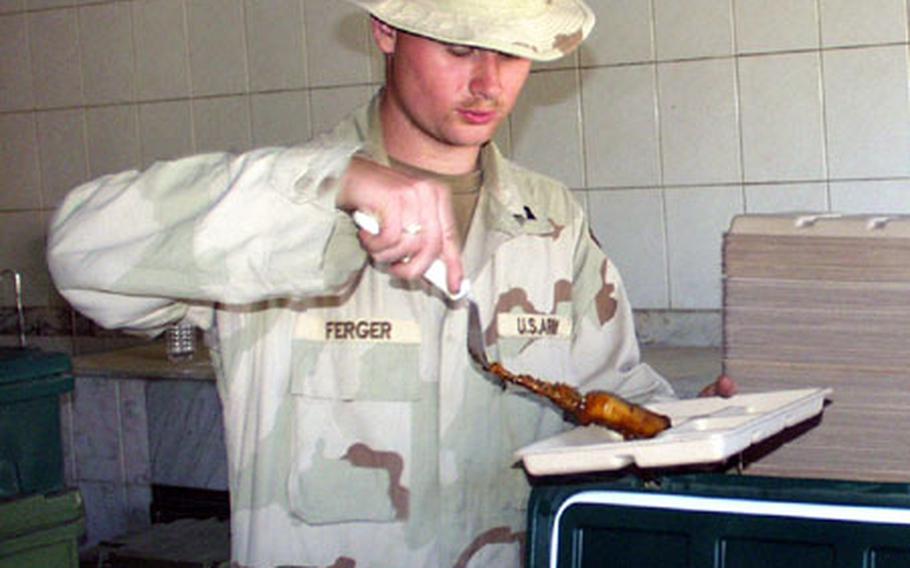 A Friday brunch of Western-style omelets, sausages and waffles are served at Victory Camp outside Baghdad, Iraq. This is the first hot meal V Corps troops have had since shifting to Baghdad from Kuwait over the past two weeks. (David Josar / S&S) 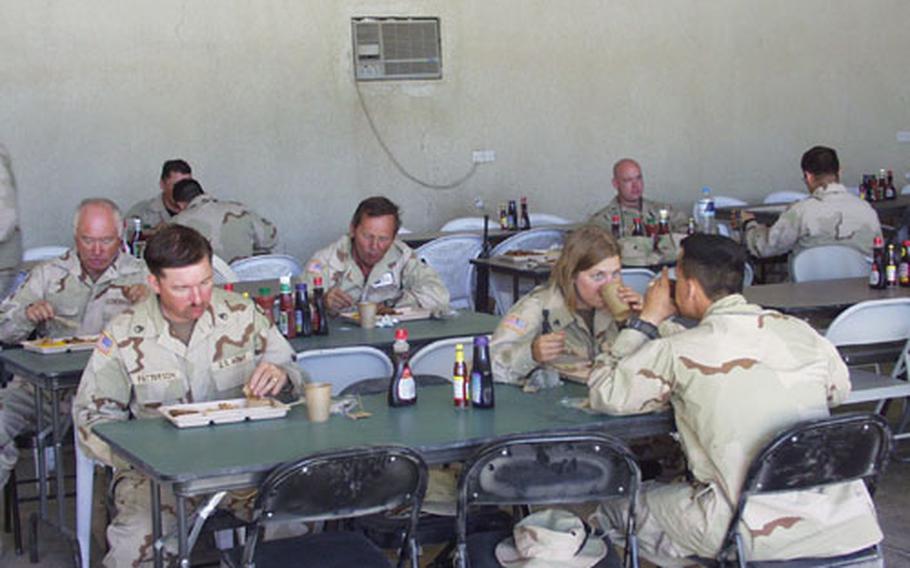 This was the first time V Corps soldiers have had a hot meal at Victory Camp since they got here. The first troops arrived about two weeks ago, and most of the rest arrived last Saturday.

The troops carried their plates to a hastily furnished dining hall, temporarily erected in a garage on the former palace compounds. There were picnic tables and condiments, including hot sauce, at every table.

Hot meals are now planned twice a week, but within a few days, Kepner said, he hopes to paint the garage to make it more inviting and to get better benches.

The Army and Air Force Exchange Service is expected next week for a day, and, Kepner said, he is trying to find a place for a double-wide trailer as a permanent exchange.

Every morning at 9 a.m., there is a meeting of the leaders of the Special Troops Battalion, the V Corps element that takes care of things such as living quarters, supplies, food, water and vehicle maintenance.

At Friday&#8217;s meeting, a major topic was security at Victory Camp, a roughly nine-square mile, fenced compound that military officials believe had been a rod and gun club for Saddam Hussein and Iraq&#8217;s ruling elite.

There are gaps in the wall that encircles the compound, huge weapons caches are being found daily and locals are scrambling inside the compound nightly to steal the weapons, rocket-propelled grenades and ammunition that had been stored by the previous regime, Dodge said.

On Thursday night, for example, an armored vehicle with soldiers was shot at and hit. Fire wasn&#8217;t returned because soldiers did not know where the rounds originated.

&#8220;The threat is down&#8221; from when V Corps troops arrived but it is still substantial, Dodge said. &#8220;People are coming here to take munitions, ammo that they can use and that they can throw back at us.

He cautioned soldiers to only jog in the main parts of the compound and avoid unpopulated sections.

Dodge said engineers would be sent to repair holes in the protective walls.

He also warned that living space is quickly disappearing.

There are about 1,200 troops from V Corps at the compound and that number will soon jump to around 1,500; there are several thousand more with other commands and other units at Victory Camp.

Kepner said he plans to meet soon with local contractors to provide equipment and services, like cooks.