Miles ready for new year as director of DODEA 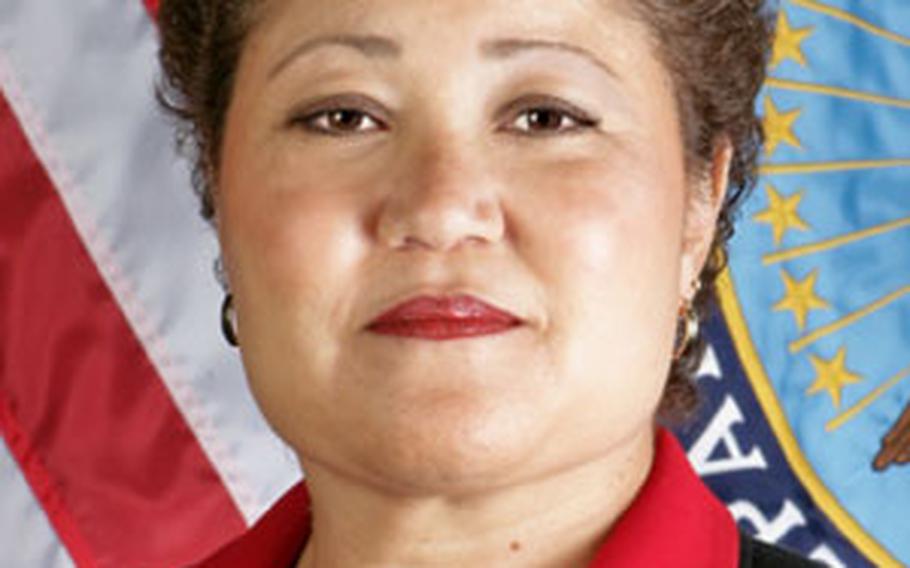 Dr. Shirley A. Miles became the Director of the Department of Defense Education Activity (DoDEA) in June, 2008. (Photo courtesy of DODEA)

As an employee, Shirley Miles has spent less time at the Department of Defense Education Activity than many of the students in the military schools system.

Miles, who assumed duties as director of DODEA in July, has only been with the organization for little more than a year. But she&#8217;s certainly no stranger. She and seven brothers and sisters all attended schools in the system while her father, a retired sergeant major, served 33 years in the Army.

"I understand how important it is for schools to be a stable focus in the community, especially in a time of war," she said in a recent telephone interview. "My father returned from Vietnam with seven kids and I know it was hard on my Mom."

Miles, 52, said she knows that many of the system&#8217;s students &#8212; and parents &#8212; will be facing deployment issues during her first year leading the global school system. But she said she&#8217;s confident that everyone in her organization is dedicated to providing military dependents with a solid education.

Though some of the students&#8217; lives might be far from stable this year, the system doesn&#8217;t appear to be going through a lot of changes. Miles said that no DODEA schools are set to close this year.

The system&#8217;s finances are always a bit tricky, partly because the school year doesn&#8217;t match up with the Pentagon&#8217;s fiscal year.

"Like any school system, we have budget challenges," she said. "But DODEA is well resourced. If we have to make any cuts, they&#8217;ll be as far from the classroom as possible."

Much of the system&#8217;s curriculum will be undergoing a series of reviews, but Miles said she expects that will be the case as long as she&#8217;s director.

"I&#8217;m a real believer in continual improvement," she said. Though students in the system generally score higher than many of their peers in the States on standardized tests, "we will continue to strive to be better."

Miles joined DODEA in June 2007 as associate director of education and principal deputy director to Joseph Tafoya. Tafoya retired at the end of the school year and Miles was selected to be the sixth director in the organization&#8217;s history.

She was born in Panama while her father was serving there in the Army. Two brothers graduated from West Point. One, Brig. Gen. Lloyd Miles, is currently the assistant commandant of the U.S. Army&#8217;s Infantry School at Fort Benning, Ga.

Miles said her marching orders will be to focus on the present as well as the future. DODEA will be open to innovations in education, she said, pointing to a pair of initiatives expected to grow increasingly important during the coming school year.

All DODEA schools will use GradeSpeed, software that allows parents to go online to check their children&#8217;s attendance, monitor grades and communicate with teachers and administrators.

Last year, about a third of the system&#8217;s schools used the program on a trial basis. Miles said she expects parents to use it more as it becomes more familiar.

"Parents deployed to Iraq and Afghanistan and anywhere in the world can access it as long as they have access to the Internet," she said. "It&#8217;ll be ready to go from the first day (of school)."

She said DODEA will also be moving more towards establishing a virtual school online. The goal is to have it fully functional by 2010, with students eventually able to earn DODEA diplomas by taking all their classes online.

The online school will be not only geared for those living in communities without DODEA schools, but can be used as a way to earn extra or specialized credits.

She said students should eventually be able to communicate with a teacher somewhere around the world at all times and more courses will be added to the current list of about 40.

Going online will allow DODEA teachers who are experts in their fields to hold global classrooms, she said.

So students in smaller communities will be able to take specialized courses not available presently at their schools.