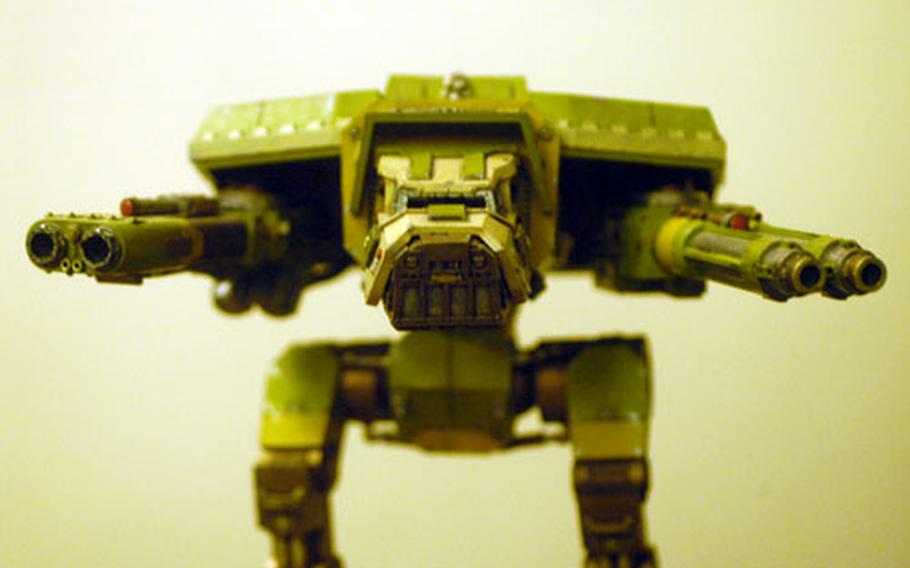 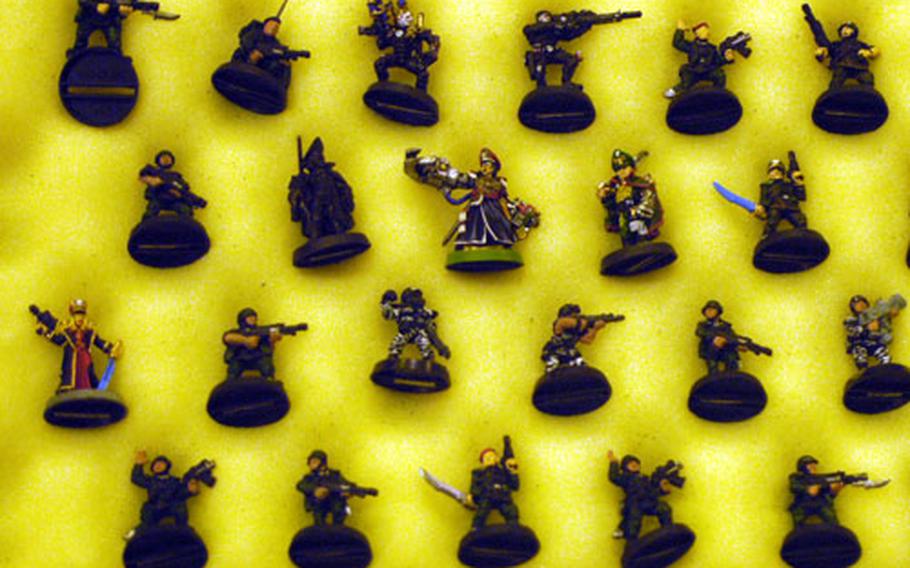 Painted pewter figurines sit in a case as they await placement on the “battlefield.” The figurines are used in the Warhammer 40,000 tabletop wargame, which is played by the Mildenhall Wargamers Club. (Jason Chudy / S&S) 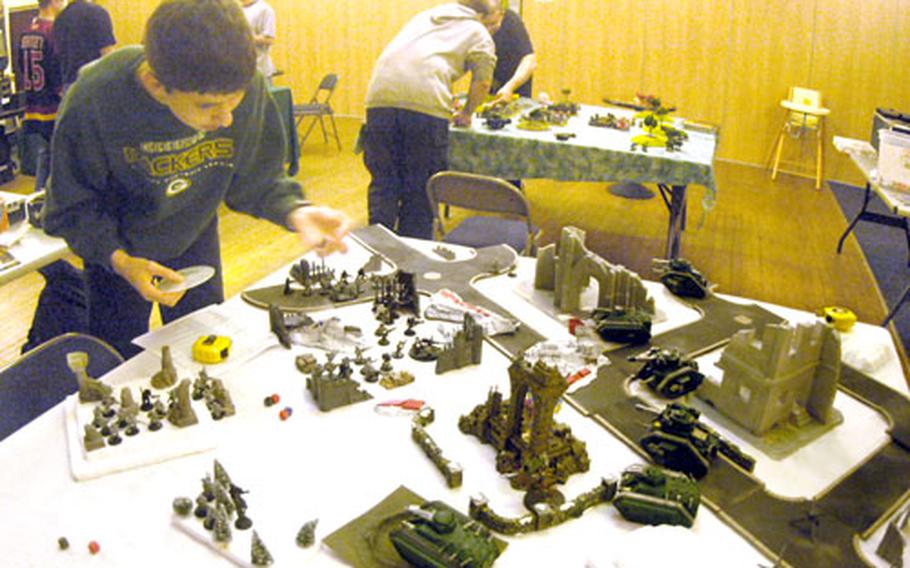 Christopher Damers places his army on one of the tables in the Bob Hope Community Center ballroom. (Jason Chudy / S&S)

The armies may be small, but they can pack a wallop.

Orks, Taus and Space Marines took to the battlefield recently as about a dozen members of RAF Mildenhall Wargamers Club got together to fight the competing Warhammer 40,000 armies.

About a dozen of the members met at the base&#8217;s Bob Hope Community Center ballroom to battle it out with their pewter or resin soldiers, weapons systems, armored vehicles and flying machines, which were arrayed to take advantage of the various terrains.

The club meets at the center every other Saturday.

When they&#8217;re not scheduled in the ballroom, club members launch battles in homes, squadron dayrooms and the base coffee shop.

Warhammer 40,000 was created by a British company and is one of the more popular tabletop miniature games played in England and the U.S. The game is set 40,000 years in the future, where humans fight with creatures from other planets and even against their own kind.

It all depends on what types of unit a player brings to the battlefield &#8212; or at least the battle table.

On one recent Saturday, the gaming generals ranged in age from a 16-year- old high school student to the 36-year-old Arel.

High school sophomore Christopher Damers was the youngest member there. He&#8217;s been gaming for about two years.

Christopher played on a table that was made up to look like a bombed-out city, complete with roads, destroyed buildings and crashed flying vehicles.

Staff Sgt. Jarrod Kinner has been playing miniature games since 1985. He was at the Saturday session.

And he means that literally.

The figurines don&#8217;t come fully assembled, so it&#8217;s up to the gamer to put the pieces together and then paint them.

Everything else, it seems, is fair game.