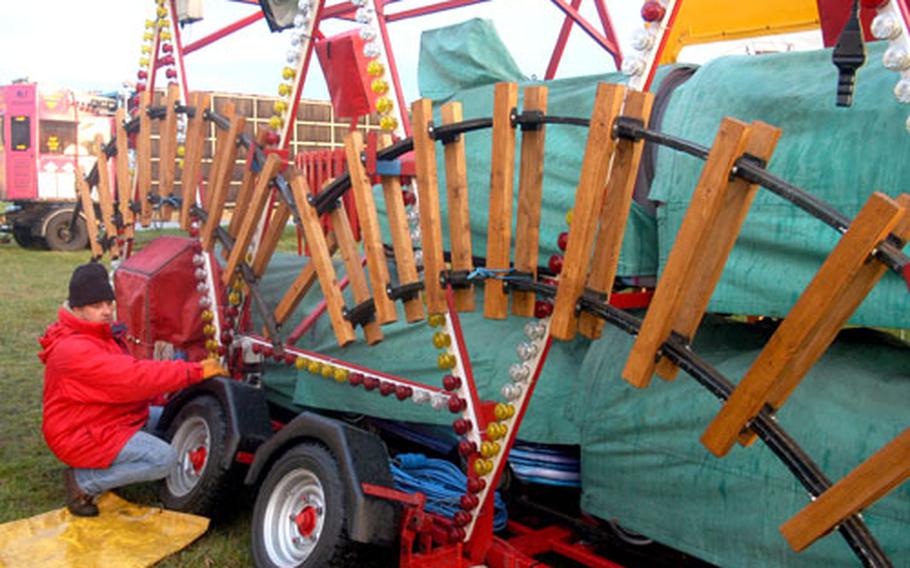 Ashley Hart sets up a Disney train ride, one of the amusement rides at this year&#39;s Yuletide Bazaar, which opens Friday at RAF Mildenhall, England. (Sean Kimmons / S&S)

Ashley Hart sets up a Disney train ride, one of the amusement rides at this year&#39;s Yuletide Bazaar, which opens Friday at RAF Mildenhall, England. (Sean Kimmons / S&S) 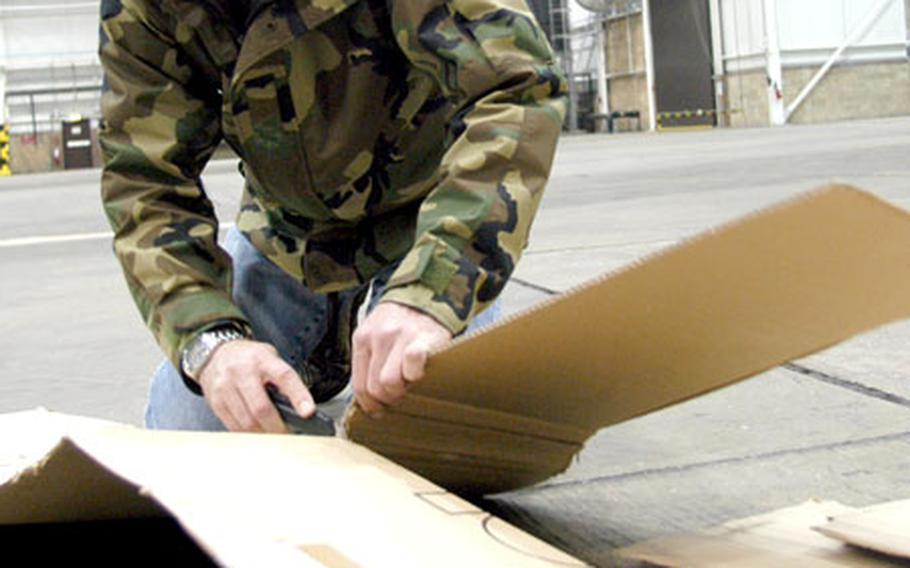 Air Force Master Sgt. Russell Carrington, of the 100th Maintenance Squadron, cuts cardboard that was being used to cover the drains inside Hangar 711 in preparation for the Yuletide Bazaar. (Sean Kimmons / S&S)

RAF MILDENHALL, England &#8212; The wide aircraft hangar was empty Thursday afternoon, except for a few members of the Mildenhall Enlisted and Spouses Club, who were preparing for their annual bazaar.

Hangars 711 and 722 near the West Row gate are expected to be filled with 118 local and international vendors selling goods to base personnel when the Yuletide Bazaar kicks off Friday at 2 p.m.

A cheese vendor from Holland who has become a crowd favorite is planning to be back this year as well as vendors selling rugs, antiques and wine, among other items, Sample said.

That&#8217;s good for the ESC, since vendors pay 14 percent of their total sales to the club on top of payments for vendor slots.

Seventy percent of those earnings directly benefit the base, plus schools, hospitals and pet rescue programs in the local communities.

The other 30 percent helps pay for the club&#8217;s monthly social gatherings and tourist trips. The bazaar raised about $30,000 last year.

The bazaar is open to all Department of Defense identification cardholders.