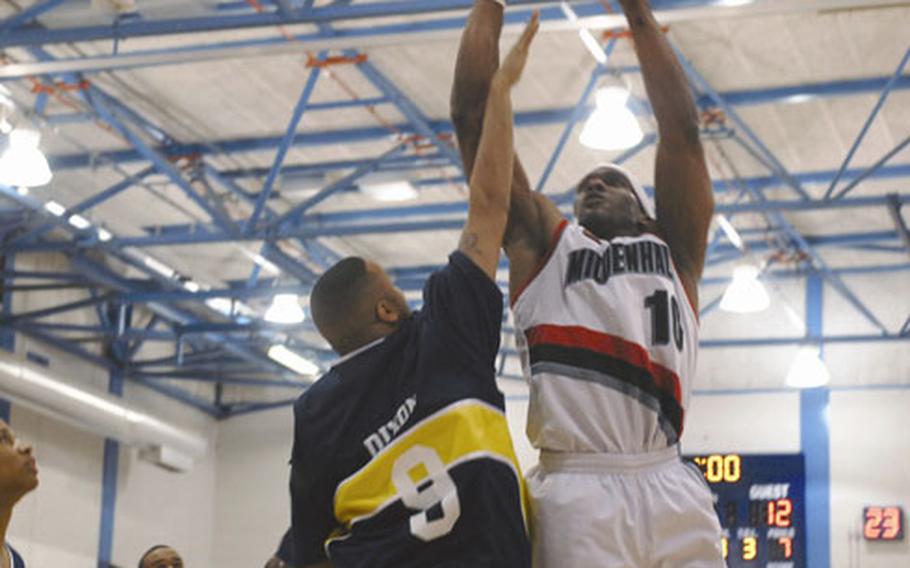 RAF Mildenhall forward Johnnie Story shoots in his team’s win against Incirlik during the 2009 U.S. Air Forces in Europe Basketball Championship at RAF Lakenheath. Mildenhall’s strong start in the round-robin play helped it get a first-round bye before play for the championship started. (Photos By Mark Abramson/Stars and Stripes)

RAF Mildenhall forward Johnnie Story shoots in his team’s win against Incirlik during the 2009 U.S. Air Forces in Europe Basketball Championship at RAF Lakenheath. Mildenhall’s strong start in the round-robin play helped it get a first-round bye before play for the championship started. (Photos By Mark Abramson/Stars and Stripes) 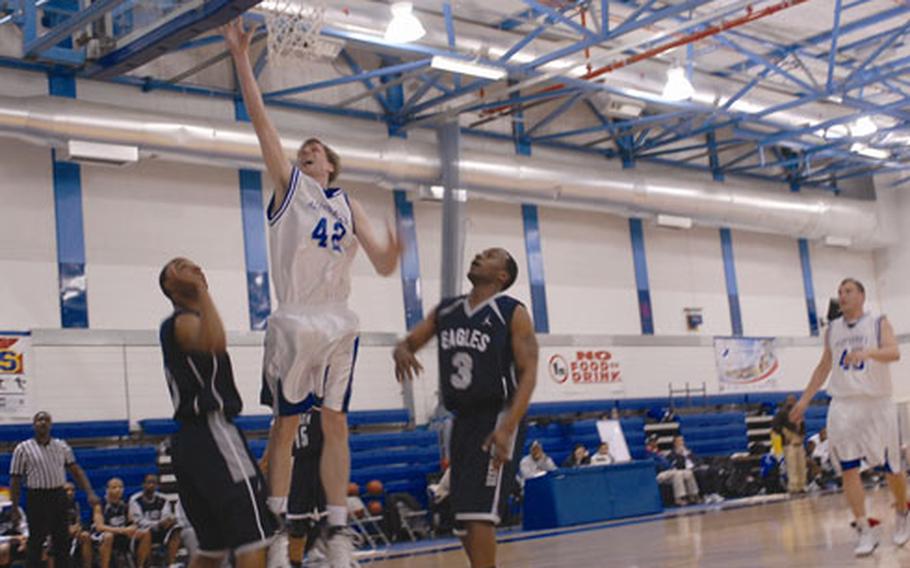 Lance Posey, the center for RAF Alconbury’s 501st basketball team, lays in a basket during a game against RAF Lakenheath. () 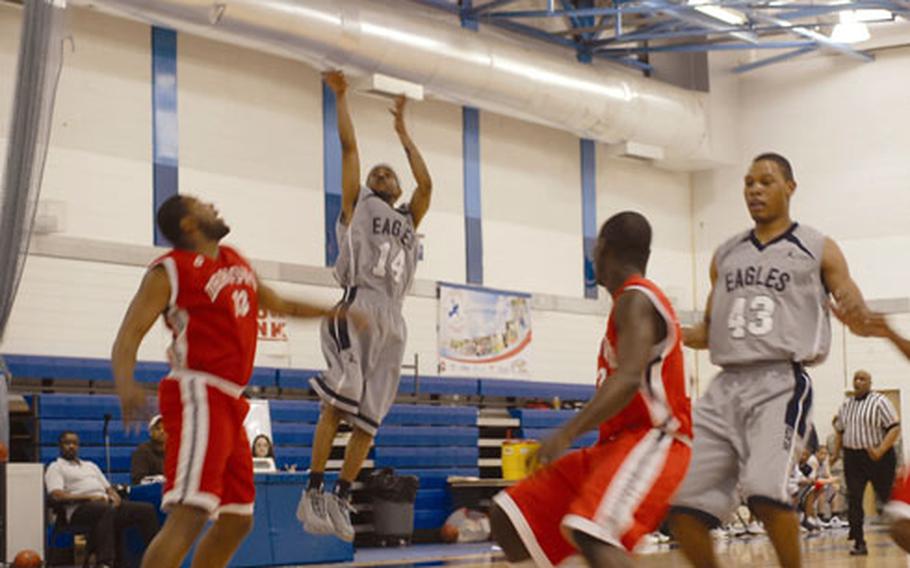 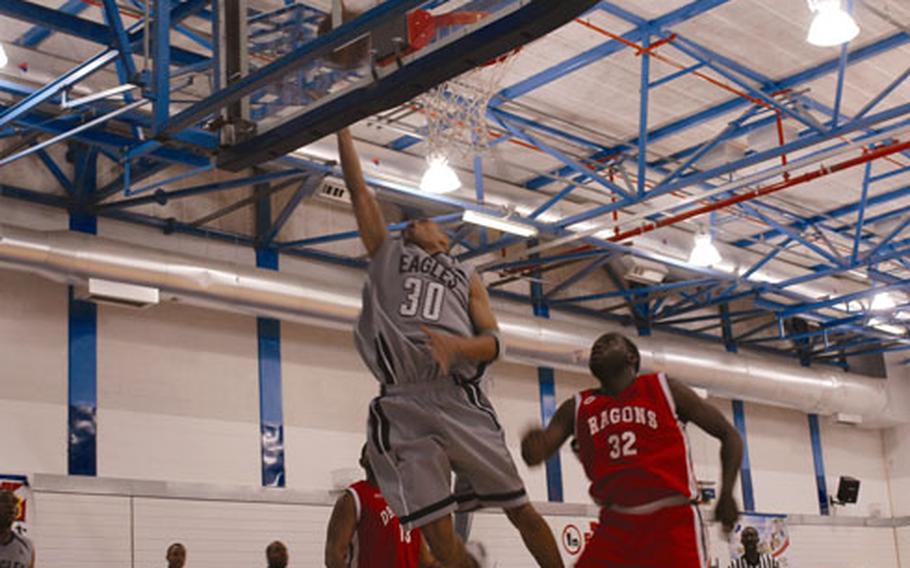 Lakenheath guard Michael Royster goes to the glass in a game against Aviano. ()

Both teams jumped out to 4-0 records and assured themselves first-round byes in the six-team tourney. Ramstein Air Base, Germany, did not field a team because of last week&#8217;s base inspection. And RAF Alconbury was hindered by not being able to field a full team for the first part of the tournament because many of its players could not get off work, Alconbury coach Tyrone Williams said.

Lakenheath had the home-court advantage this year.

Mildenhall blew out most of its competition in its early games, but it won a 40-39 squeaker Friday against Spangdahlem when a last-second shot went off the rim.

"I got three veterans that are very instrumental," said Mildenhall coach Calvin Cathey. "We got Corey Fletcher, a guard; Horace Johnson, a guard; and Byron Washington, a forward. Those three guys are the focal point of our team."

But forward Johnnie Story has been a major reason for the team&#8217;s success as well, Cathey said. "He has been strong inside &#8211; a great leaper."

Story credited his team&#8217;s success to veteran leadership, but he said one obstacle the team faced heading into last weekend&#8217;s single-elimination playoff-like games was becoming overconfident because of its big victories over Incirlik, Aviano and Alconbury.

"Sometimes you get a little lackadaisical. We are big and we got talent," said Story.

Team Mildenhall players and coaches said Lakenheath was one of their biggest worries before they played last Friday to determine the No. 1 seed going into the single-elimination playoff rounds.

"We have been playing decent defense. Our offense hasn&#8217;t come along yet," said Lakenheath coach Robert Sedberry. "We are rebounding the ball well defensively, and we are playing a strong zone defense."

Sedberry called his point guard, Gary Gaines, the team&#8217;s leader on the floor and he praised his veteran players, such as guard/forward, Michael Royster; shooting guard Tony Meyers; and center DeAngelis Bright.

"I think we are exceeding our expectations," Bright said last week, before his team played Mildenhall.

Home court and being familiar with the rims, along with having the crowd&#8217;s support has helped, Bright said.

"Our team strength is our makeup. We have some guys who can play a lot of positions," Bright said.

Alconbury seemed to be grounded by not being able to field a full team during the day games. They limped to a 0-4 record to start the tournament, but Williams said he still had hope for his team.

"They have been close, but at the end, we started to get a little lackadaisical," he said. "Our strength is our experience."

Williams said his standout players include Lance Posey, a center, and Tyrell Schoolfield, a forward.

"We haven&#8217;t been playing together a long time, but once we get (that) continuity, it will help," Williams said.