Mildenhall medics do their part during Lebanon evacuation effort 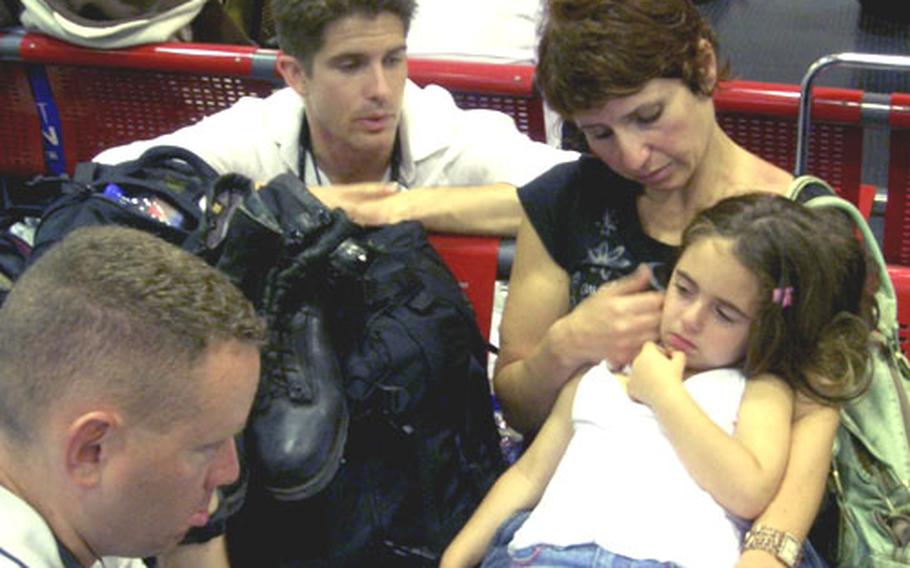 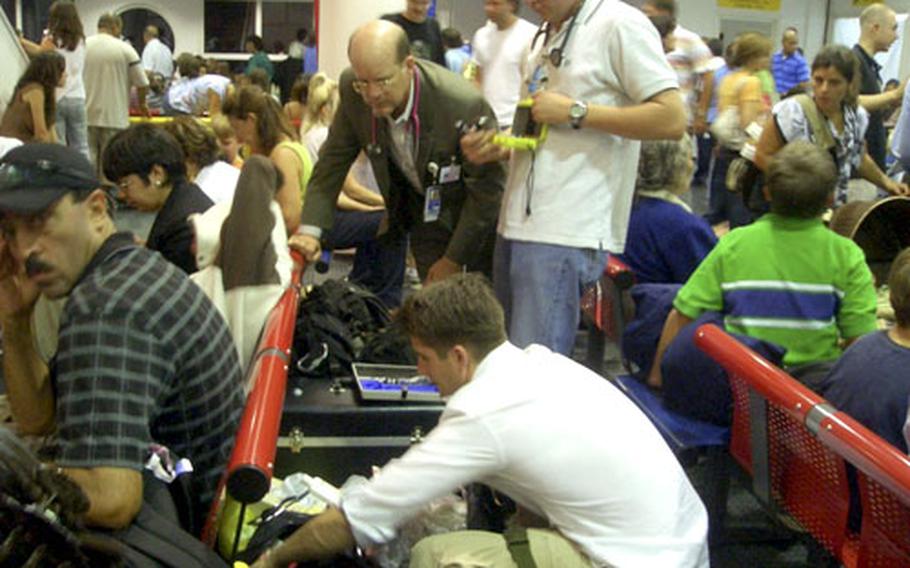 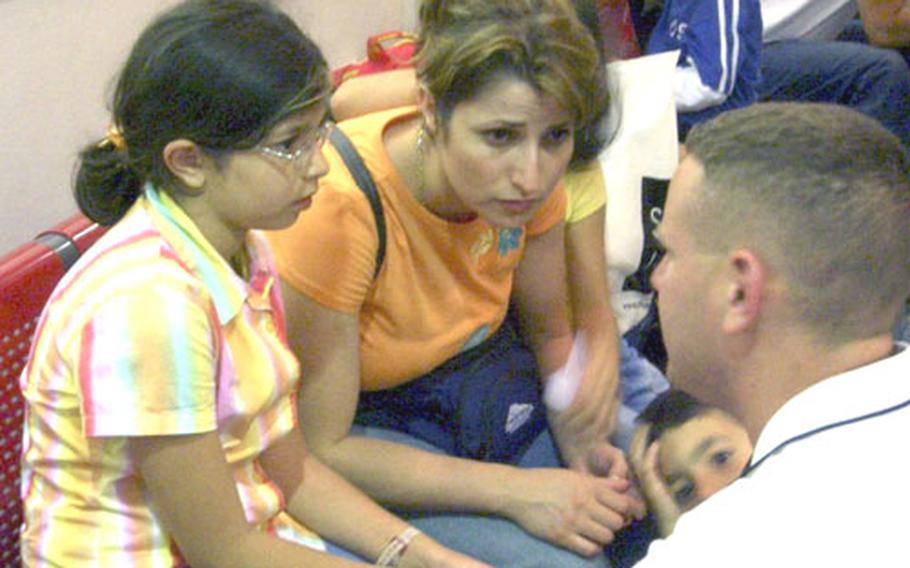 LARNACA, Cyprus &#8212; Normally, medics from the 352nd Special Operations Group from RAF Mildenhall are in the business of fast, small-scale rescue operations to dart in, pick up troops and patch them up under hostile conditions.

But when American evacuees from Lebanon last week began to arrive in Cyprus to get away from the fighting, the medics found themselves involved in a very different enterprise.

As some of the first American medical personnel to arrive in the country, members of the 352nd SOG were given the task of acting as the first line of medical treatment for thousands of evacuees arriving by ship and helicopter, checking them for problems and treating them as needed.

Instead of caring for one or two troops with battlefield injuries, the medics were suddenly faced with hundreds of infants, mothers and patients of all ages, sick with exhaustion, minor ailments and the effects of a long, hard journey out of Lebanon.

&#8220;I&#8217;ve done some hurricane evacuations, but nothing to this magnitude,&#8221; said Tech. Sgt. Chuck Halcome, an independent duty medical technician with the unit.

On July 12, Hezbollah guerrillas crossed the border from Lebanon into Israel, killing three soldiers and capturing two others. Israel responded with an aggresive offensive in southern Lebanon. According to The Associated Press, fighting between Israel and Hezbollah has left more than 400 dead and has prompted hundreds of thousands of foreigners and native Lebanese to flee the area.

Members of the 352nd SOG were at Larnaca port early last Thursday morning when the first large shipload of Americans arrived, dumping about 1,000 ill and tired people into their care.

&#8220;It&#8217;s kind of overwhelming at first. People are kind of grabbing you and asking you to look at their child,&#8221; said Tech. Sgt. Nathan Leeman, another medic. While looking at one patient, others would approach him seeking attention or asking him to look at other children, he said.

In all, the medics screened 1,066 people that night for potential medical problems and treated 30 for injuries or illness, Coakwell said.

And the pace remained high in the following days, he said, when the medics split up to also cover the transit facility at Nicosia, where thousands of people waited for flights out of Cyprus.

Most were minor ailments: headaches, stomach problems and the physical effects of stress, medics said. Often many people just needed someone to look at them or their child and reassure them they were all right, but there were some standout cases, medics said.

Doctors treated a child with a metabolic condition who had run out of medicine, a cardiac patient who had dosed himself with nitroglycerin and, perhaps most notably, a woman with a headache who had recently been diagnosed with a brain tumor, Coakwell said.

At Larnaca airport, a four-man team of medics faced an even more complicated situation when loads of up to 60 helicopter-borne evacuees began to touch down last week.

As well as providing care, they also had to help with processing people through immigration, haul their luggage and even pull security duty on the aircraft during down hours, medics said. Medics were there to greet people landing at the airstrip, put them at ease and help take their mind off the situation along with providing treatment.

The team of pararescueman Bob Roberts, combat controller Nick Seibel and pararescueman Mark Bedell from the 321st Special Tactics Squadron, along with Maj. John McBeth from the 352nd, said their unit was right for the job.

To provide treatment for the evacuees, the military needed a unit that could not only operate independently, but also make the initial connections with local officials that would support a bigger medical team, which the SOG is good at, the medics said.

There to receive the first of the unit&#8217;s helicopters from the U.S. Embassy in Beirut when it touched down early last week, the team screened about 120 patients a day coming in, the medics said.

By Friday, however, when they were getting ready to hand off the operation to a different team, the load was increasing dramatically because of the amount of people going back out through the airport on Germany-bound C-17 Globemaster jets.

Getting ready to close up shop on Friday night, the team members looked a little weary. They were stubbly and bleary &#8212; Roberts&#8217; hair stood straight up on his head. But evacuees and co-workers at the airport said they appreciated the medics&#8217; work.