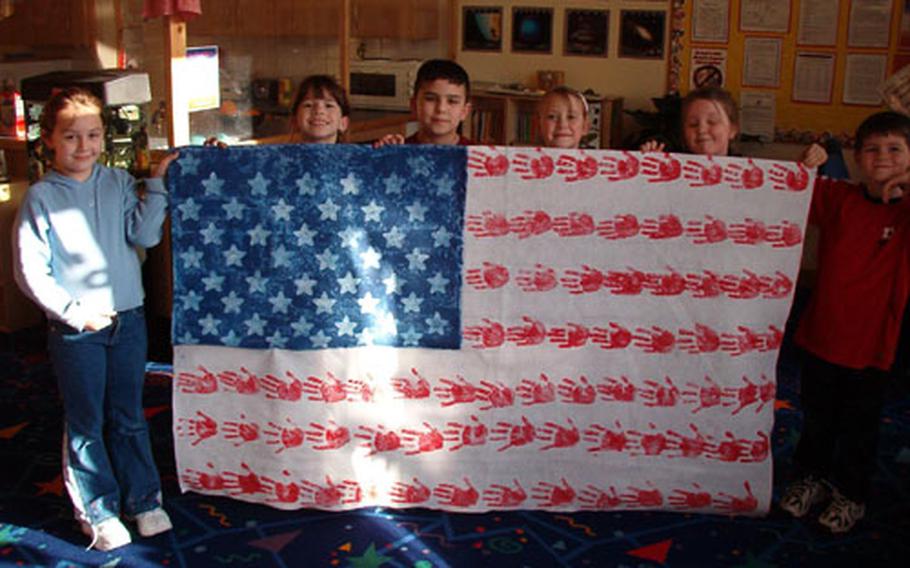 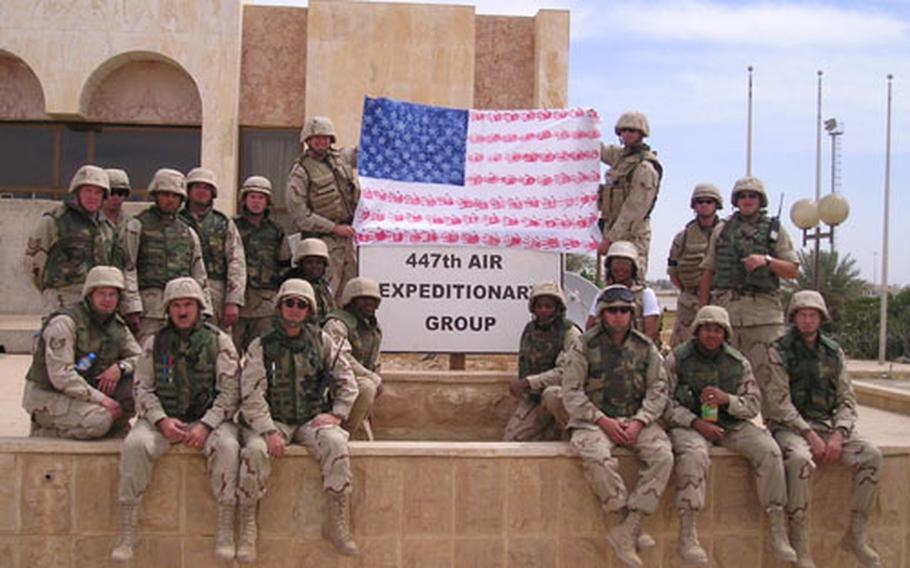 U.S. airmen gather around the flag made by members of RAF Mildenhall, England&#39;s School Age Program recently. The children sent the flag to Capt. Matt Kovich and the airmen he serves with at Baghdad International Airport. Kovich is the husband of Amanda Kovich, the children&#39;s room leader. (Courtesy of Mildenhall Youth Center)

RAF MILDENHALL, England &#8212; Children at the RAF Mildenhall Youth Center feel a little closer to events in Baghdad these days.

A flag they made and sent to the husband of their room leader has been flown above the Air Force base known as Camp Sather at Baghdad International Airport. They recently received photos of the success of their effort.

&#8220;They&#8217;ve seen either their parents or friends&#8217; parents go away,&#8221; said Amanda Kovich, who is in charge of the 7- and 8-year-old artists who made the red stripes of Old Glory by dipping their hands in red paint and placing them on a white piece of fabric.

The flag was sent to Capt. Matt Kovich of the 48th Civil Engineers Squadron at RAF Lakenheath, who is now in Baghdad.

Kovich said the youngsters knew she was upset by her husband&#8217;s absence, so the flag project was a little therapy for everyone involved.

She painted the blue field and white stars and left the stripes to the youngsters.

Each child put three or four handprints on the flag before it was bundled up and sent downrange.

Matt Kovich sent the pupils a certificate in honor of their achievement, which helped lift the spirits of those serving faraway from their families.