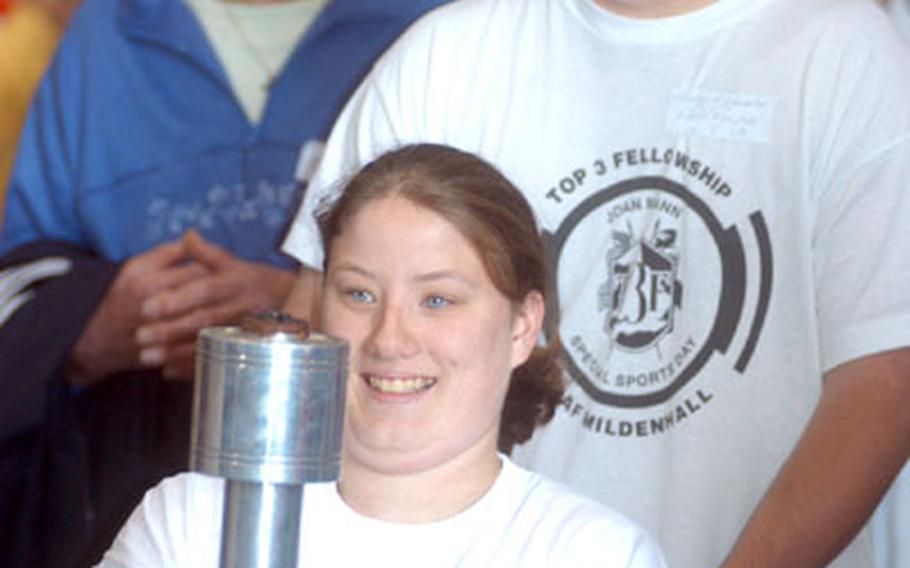 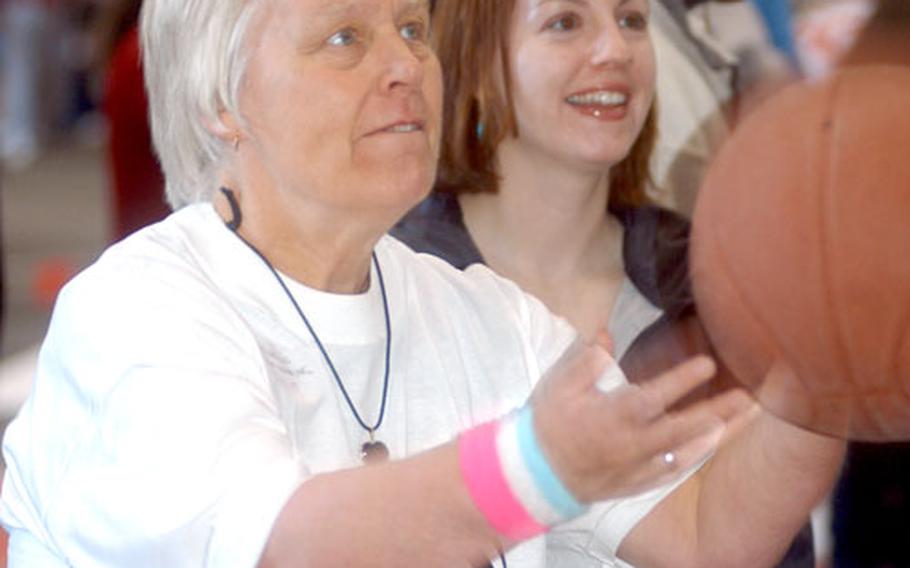 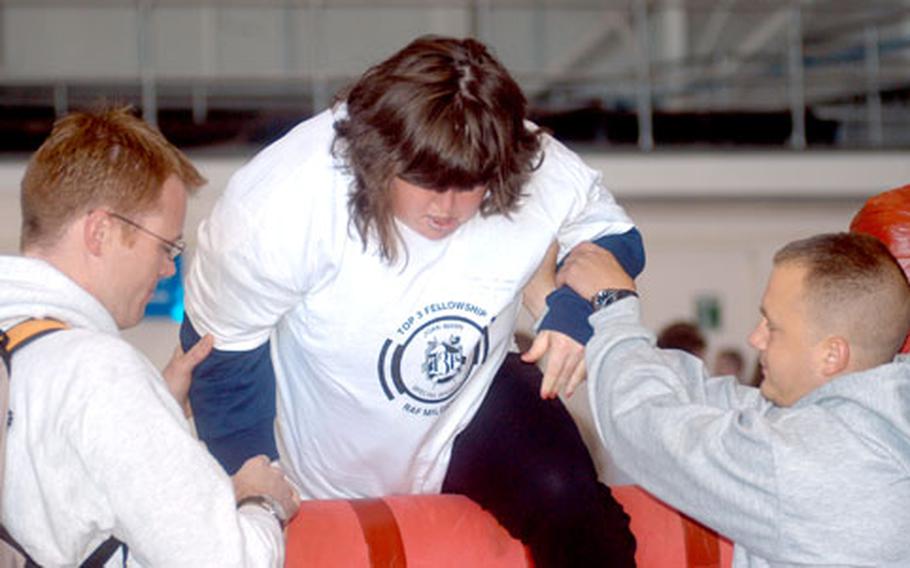 Fiona Lovett gets a boost over the obstacle course from Maj. Craig Boreman, left, and Staff Sgt. Scott Rutkauskas, both of RAF Lakenheath, during the Joan Mann Special Sports Day. (Ron Jensen / S&S)

RAF MILDENHALL, England &#8212; At the 24th annual Joan Mann Special Sports Day on Saturday, smiles were as wide as the hangar doors. Joy spread across faces like sunshine in the bright English sky. Everyone was having fun.

And those were just the volunteers.

The 177 athletes, people of all ages with special needs both physical and mental, seemed to be enjoying themselves even more.

&#8220;I like to give back as much as I can,&#8221; said Staff Sgt. Jeremy Hill, one of more than 700 volunteers gleaned from both RAF Mildenhall and RAF Lakenheath for the annual affair.

The Joan Mann Special Sports Day was the brainchild of Joan Mann, a former British employee at RAF Mildenhall. The first event was held in 1981 as a way to bring the two communities &#8212; Yanks and Brits &#8212; together.

Sponsored by the RAF Mildenhall Top 3 Club, the sports day was held every year until 2001, when events on Sept. 11 forced the base to cancel it.

However, Menard said it is the volunteer force that does everything from escorting athletes to cooking hamburgers to parking cars.

The athletes melt the hearts of the airmen and civilians who spend time with them. The simple act of tossing a basketball through a hoop or running a short race make the athletes shake with joy. Handshakes and high-fives are exchanged with great regularity.

The athletes come from 14 schools in eastern England, Menard said. One school is a three-hour drive from the base, but its students attend every year.

The day begins each year with a grand march. Led by a bagpiper, the athletes and their escorts march around the hangar while everyone applauds, including the dignitaries from the U.S. military and local councils.

At the front is the torch, carried this year by Katie Smedmor, who was pushed in her wheelchair by Neil Graper, another athlete.

After the words &#8220;Let the games begin&#8221; are spoken &#8212; this year by Top 3 Club president Master Sgt. Thomas Roelle &#8212; athletes compete in three events, but can participate in many more. They can race or tackle the obstacle course, kick a soccer ball or toss a football, among other events.

Awards are given to everyone who participates.

The volunteers&#8217; award, however, is knowing they&#8217;ve given something to people who could use a bit of help now and then.