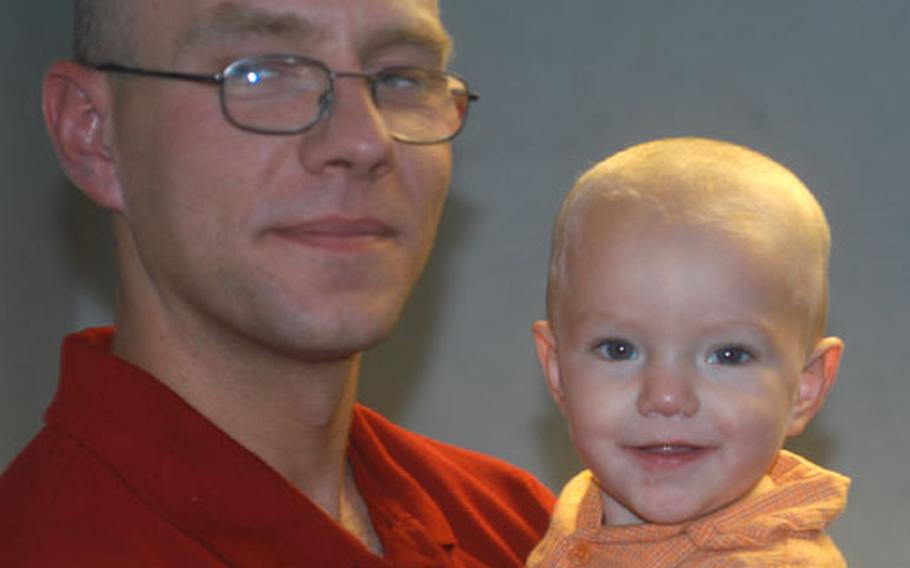 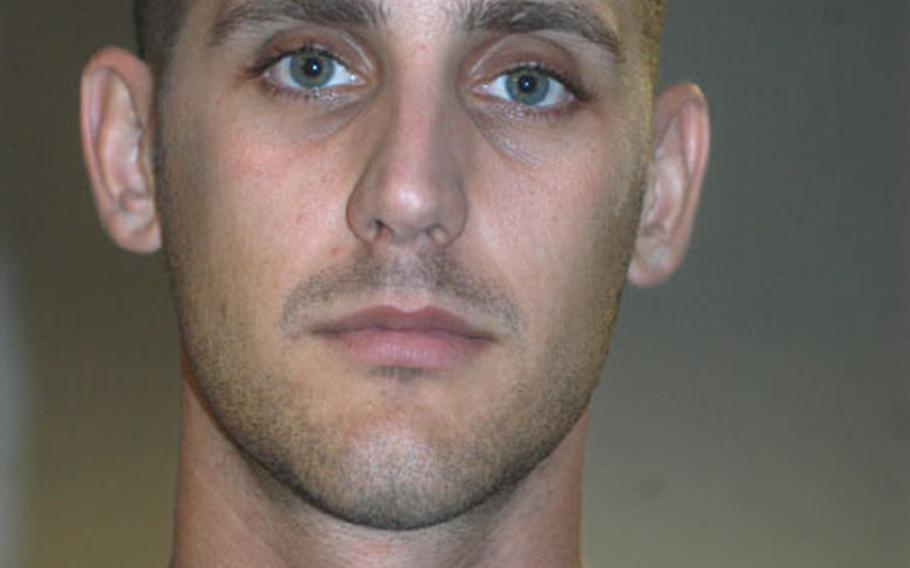 Airman 1st Class Jeramie Proctor of the 100th Communications Squadron at RAF Mildenhall, England, said there were moments of fear during his deployment to Tallil Air Base, Iraq. (Ron Jensen / S&S)

It was the time at a hospital operated by South Koreans at the base&#8217;s edge that he saw a little Iraqi girl the same age as his daughter, Delaney, 2, marked by the evidence of shrapnel wounds.

Thirty-eight members of the squadron formed a Theater Deployable Communication Team for a mission to Tallil Air Base in southern Iraq. They returned to England two weeks ago.

Lecluyse and Airman 1st Class Jeramie Proctor spoke about the mission during their final day of time off on Friday. The team&#8217;s mission was to upgrade the base&#8217;s communications gear, which they did, improving the security of the network and doubling the bandwidth.

The air base is not a headliner in the news from Iraq. That&#8217;s good, of course. The base has a share of the shellings and other problems that plague other camps, but nothing that is outstanding.

The two airmen weren&#8217;t sure if they could discuss specific incidents, but they downplayed the danger they faced.

Proctor and Lecluyse said they were sometimes required to wear flak vests and helmets, but not often. They were, however, required to have them handy.

A three-minute drive from the base is the town of an Nasiriyah, which is patrolled by Italian troops. It is normally a peaceful place, but not always.

The Americans share the base with troops from a variety of nations &#8212; South Korea, Italy, the Netherlands, Japan and Croatia.

The Army has a major presence on the base. The two airmen seemed surprised when discussing how well they got along with their brethren in fatigues, who do one-year tours in the country.

Proctor said one soldier told him the Army troops measure their time in country by counting rotations of Air Force troops.

For Proctor, the hospital was a highlight of his time in Iraq.

The base created Operation Reach Out to provide Iraqi families visiting the hospital with some goodies, such as drinks and snacks.

Glad to be home, the airmen said they were also glad to have the opportunity to serve. They also feel fortunate to have landed at Tallil.