Mildenhall airmen prepare for new challenges behind the lens 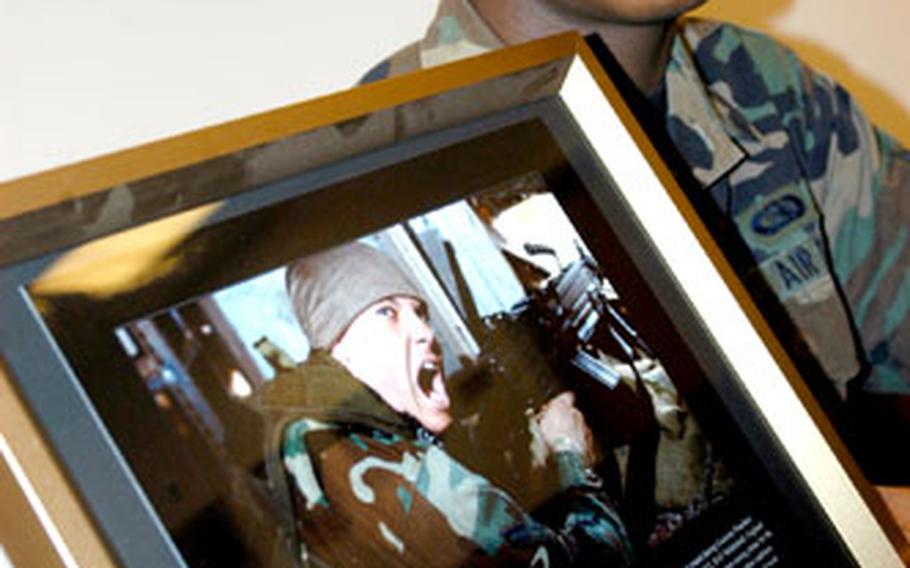 Airman 1st Class Cecil McCloud holds a photo of Airman 1st Class Daniel Nolan of the 100th Security Forces. The photo, taken during an exercise, was part of a portfolio that garnered McCloud a scholarship to Syracuse University for a yearlong photojournalism program. (Bryan Mitchell / S&S)

Airman 1st Class Cecil McCloud holds a photo of Airman 1st Class Daniel Nolan of the 100th Security Forces. The photo, taken during an exercise, was part of a portfolio that garnered McCloud a scholarship to Syracuse University for a yearlong photojournalism program. (Bryan Mitchell / S&S) A photo submitted by Staff Sgt. Bradley Church shows Senior Airman Chris Willard, an engineer and installation technician with the 407th Expeditionary Communication Squadron, working on a communications system at Ali Base, Iraq, in February. (Courtesy of Bradley Church) 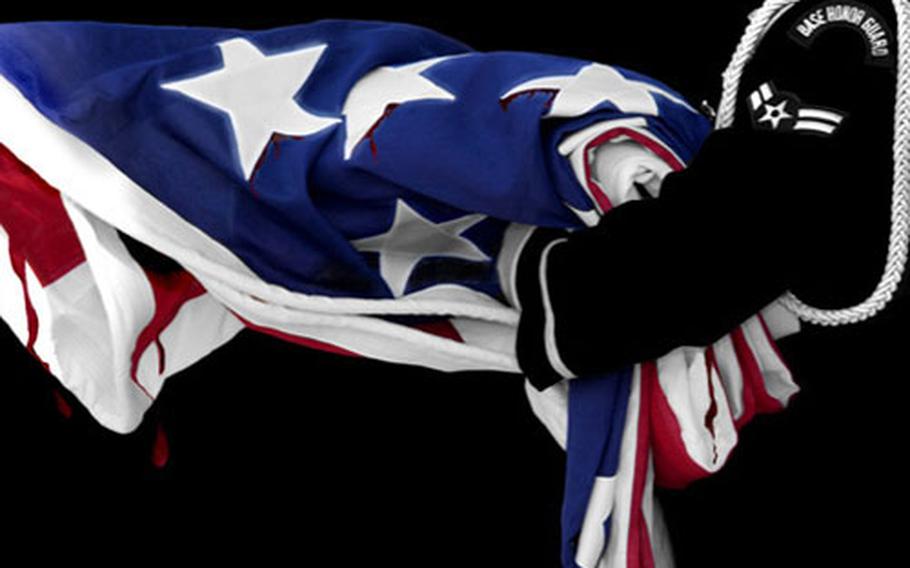 Staff Sgt. Bradley Church took this photo of Airman 1st Class Quentin Manson, of the 460th Air Base Wing Honor Guard at Buckley Air Force Base, Colo., holding up the American flag before it is raised Sept. 11, 2002, during a ceremony to mark the anniversary of the U.S. terror attacks. (Courtesy of Bradley Church) 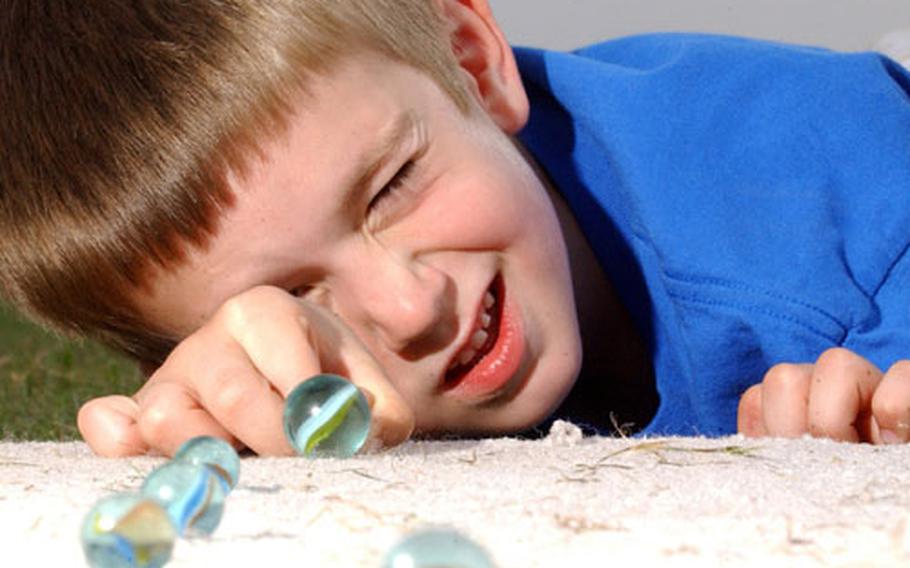 Lt. Col. Kenneth Denman, 67th Special Operations Squadron, grieving during a vigil April 4, 2005, to honor nine RAF Mildenhall airmen who died in a plane crash while on a training exercise in Albania. The photo was taken by Airman 1st Class Cecil McCloud. (Courtesy of Cecil McCloud)

RAF MILDENHALL &#8212; Airman 1st Class Cecil McCloud is a reserved but candid servicemember who was about to begin what he considered a lackluster assignment just a few weeks ago.

The 21-year-old Air Force photographer recently learned that he has been accepted into a prestigious yearlong photojournalism training program at Syracuse University in New York.

McCloud is one of only four photographers from across the Air Force accepted into the rigorous program at the Newhouse School of Public Communications. And, he is one of two Mildenhall airmen from the 100th Communications Squadron who will be rooting for the Orange next year.

Staff Sgt. Bradley Church, who is currently deployed to Iraq, will join McCloud in upstate New York this fall.

Syracuse has hosted the program for 40 of the past 45 years and trains about 16 servicemembers as photo and video journalists from across the four branches of the military, according to Nancy Austin, chief coordinator of the military photojournalism program at Newhouse.

The students earn 30 hours of college credit taking &#8220;heavy-duty, hands-on&#8221; courses, Austin said. Many of the graduates go on to work for Combat Camera or for government broadcast outlets.

Church, 25, described how he became an Air Force photographer.

McCloud and Church earned the shot to study at one of the nation&#8217;s top journalism schools by submitting packages of photos, many during their assignment at Mildenhall.

He said photos of the candlelight vigil held for victims of a Mildenhall-based 352nd Special Operations Group plane crash last year were the highlight of his portfolio. The images appeared in publications across the Air Force, as well as in Air Force Times and Stars and Stripes, he said.

The assignment taught him the rigors and rewards of covering such traumatic events.

McCloud said the highly coveted educational assignment has reignited his passion for photography and inspired him to shoot for his ultimate goal: fashion photography.