Mildenhall airmen help bring food to those in need 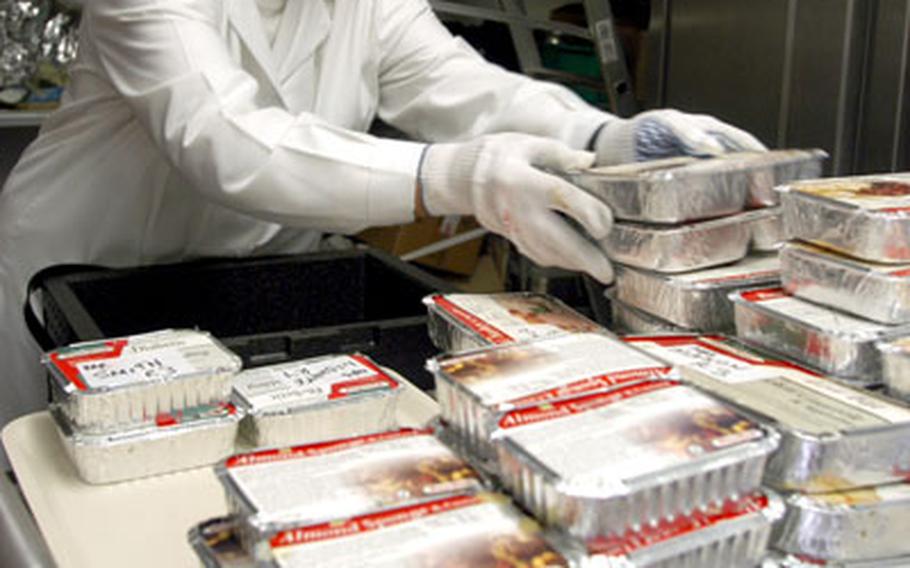 Pauline Bettoney packs meals to be delivered to people who are unable to leave their homes. For the past five years, RAF Mildenhall airmen have helped the Women’s Royal Volunteer Service deliver meals. (Sean Kimmons / S&S)

Pauline Bettoney packs meals to be delivered to people who are unable to leave their homes. For the past five years, RAF Mildenhall airmen have helped the Women’s Royal Volunteer Service deliver meals. (Sean Kimmons / S&S) 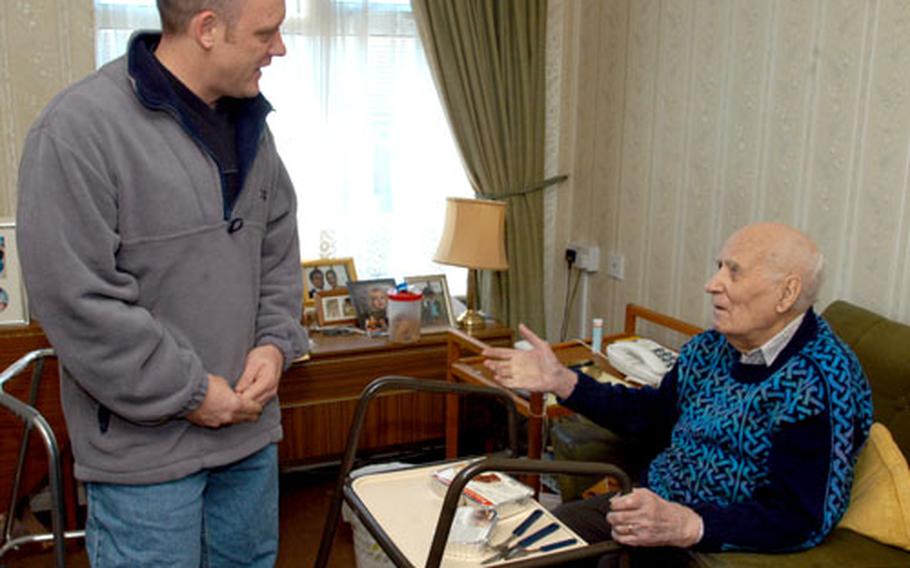 Tech. Sgt. Daniel Ballinger, an electrician with the 95th Reconnaissance Squadron, chats with Lawrence Pollington, 99, after delivering a meal to his home in Newmarket. (Sean Kimmons / S&S)

NEWMARKET &#8212; With a smile, Tech. Sgt. Daniel Ballinger handed over a hot meal of lamb chops to Lawrence Pollington as part of a meal-delivery service in this town about 10 miles from RAF Mildenhall.

Even though the 99-year-old Pollington was hard of hearing, he seemed to enjoy the company of Ballinger and Tech. Sgt. Jeffrey Burns, both members of the 95th Reconnaissance Squadron, before they left his home to drop off another meal.

Every Thursday, a few members of the Mildenhall-based squadron volunteer to help the Women&#8217;s Royal Volunteer Service here in delivering hot meals to people in need, mainly elderly unable to leave home.

The service delivers 30 to 40 homes daily, helping some elderly recipients to remain in the community and out of retirement homes.

&#8220;It keeps them in their homes rather than having them go into residential care,&#8221; said Lolita Lockwood, operations manager for the Norfolk and Suffolk County royal volunteer services.

The volunteers are sometimes the only people the elderly see all day.

Ballinger, an aircraft electrician, has been volunteering for the past five years and remembers one time he had to fight harsh winter weather to deliver meals.

Margaret Knights, the royal service&#8217;s project manager in the Newmarket area, said that her American volunteers are dedicated, no matter what the situation.