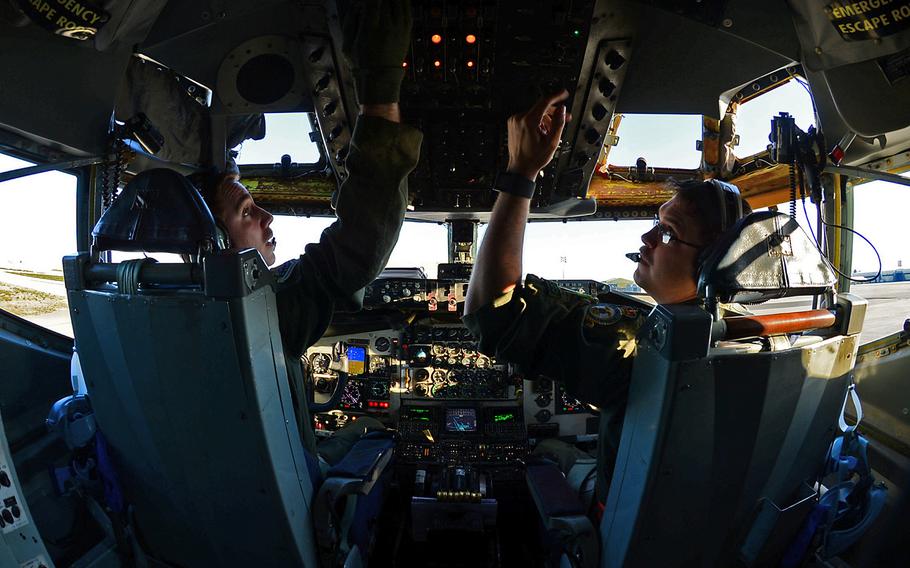 France began its mission in Mali in 2013 after militants took over the northern part of that country. The 100th ARW’s KC-135 Stratotankers have deployed every year to support French fighter-bombers opeating in the area.

Three KC-135s and about 100 airmen flew on March 3 to Naval Station Rota in Spain. The length of their tours will vary, from 60 days to six months.

The mission “allows the Department of Defense to support a key NATO ally in its fight against terrorist aggression in a relatively inexpensive way,” the wing’s commander, Col. Thomas Torkelson, said.

In 2014, France expanded its counterterrorism efforts to include Mali’s regional neighbors Chad, Burkina Faso, Mauritania and Niger. The goal of France’s “Operation Barkhane” is to disrupt the flow of Islamic militants across North Africa and into Europe. Since French warplanes are stationed far from their areas of operation, the refuelers create a bridge that allow the aircraft to carry out their long-range missions.

Operation Juniper Micron has “enabled the French to disrupt and degrade terrorist activity in Mali and North Africa,” Torkelson said.

This is the first time the 100th ARW will be stationed at Rota, a Spanish base funded by the United States. Previous tours have taken the unit to other European bases such as Istres-Le Tube Air Base in southern France.

“Supporting this operation from a more-forward location like (Naval Station) Rota ... increases the range and persistence the 100th ARW can provide,” Torkelson said.

During their deployments, U.S. refuelers have flown an average of one to two missions per day, Torkelson said.

Opertion Barkhane is currently open-ended. Operation Juniper Micron similarly does not have an end date at present.