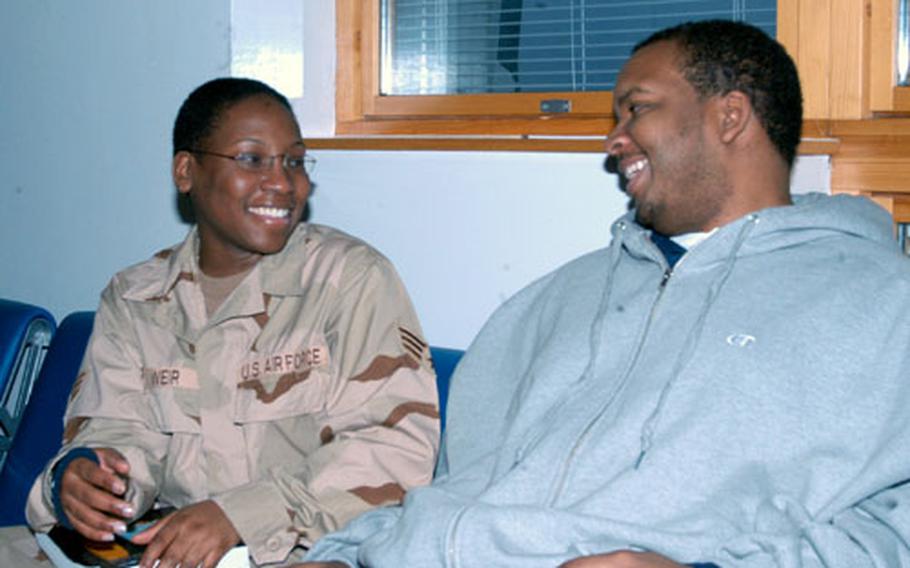 RAF Mildenhall, England &#8212; A few days ago, Senior Airman Justin Allen had an open schedule for 2006. Then fate stepped in and he shipped out.

An airman he serves with who was scheduled to deploy Sunday had a family situation that prevented him from departing. That&#8217;s when the 25-year-old St. Louis native volunteered to take his slot.

Allen was one of dozens of airmen from Mildenhall&#8217;s 100th Air Refueling Wing who deployed for Qatar on Sunday morning. The airmen are scheduled to serve four months.

Many, if not most, of the airman at the base&#8217;s airport terminal Sunday morning had already deployed in the past. They drew on those experiences as they prepared to deploy again.

Stough had simple advice for his airmen.

Staff Sgt. Linda J. Schulze said that wouldn&#8217;t be a problem. She deployed with a handful of the airmen she serves with every day.

While most on hand Sunday said they were excited to arrive downrange and get to work, many acknowledged the anxiety felt by their loved ones left behind.

The 25-year-old Maryland native spent Sunday morning enjoying a few last hours with her husband, Garrett, before she shipped out.