Midshipmen make most of summer cruise 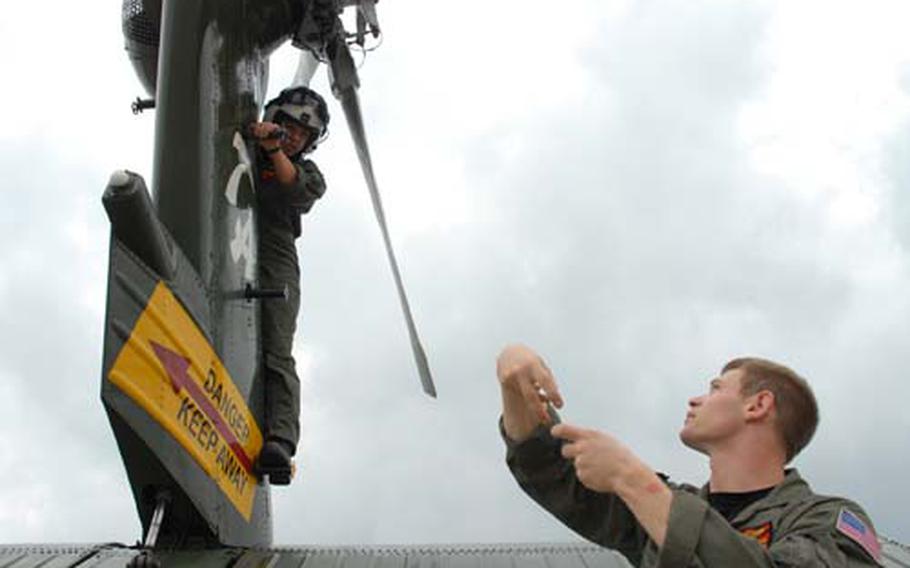 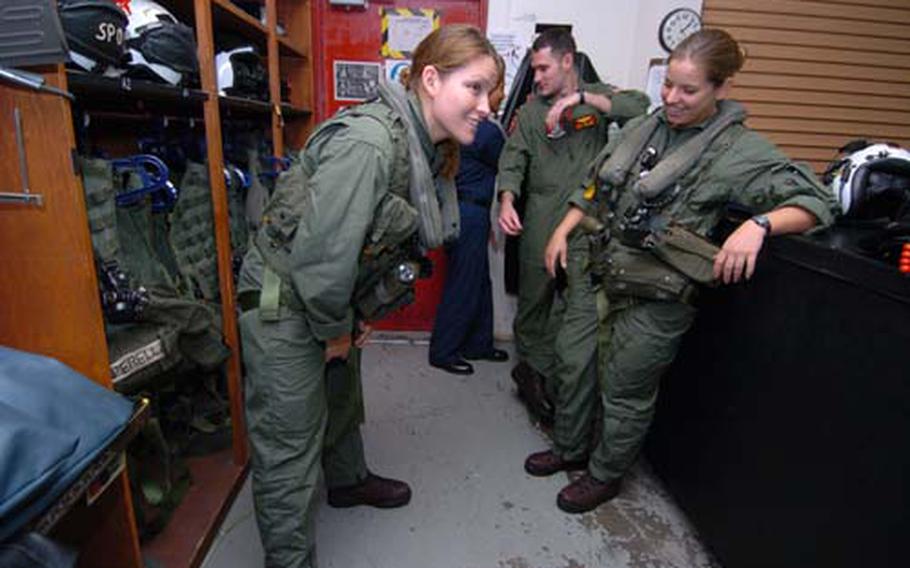 NAVAL AIR FACILITY ATSUGI, Japan &#8212; After a week spent with her Atsugi host squadron, officer-to-be Christi Morrissey found herself in agreement with an old adage.

"I think someone once said the two best ranks to be are midshipman and admiral," said the 22-year-old, who says she&#8217;s been treated well during a busy stay at Atsugi.

Helping make Morrissey&#8217;s and fellow midshipman Monica Cooney&#8217;s stay at Helicopter Anti-Submarine Squadron Light 51 memorable is Lt. j.g. Chris Krueger. A midshipmen training officer, Krueger is responsible for ensuring the two Navy Reserve Officers&#8217; Training Corps candidates from Harvard and University of Michigan, respectively, get the most out of their training.

Krueger already has flown with Cooney and Morrissey to South Korea. Thursday, the women planned to play survivors in a search-and-rescue exercise with HSL-51 sailors in Yokosuka Harbor. They&#8217;re also planning a trip to Iwo To before their four-week Summer Training Cruise finishes.

Like all midshipmen from the U.S. Naval Academy and college NROTC programs, Cooney and Morrissey spend portions of their summers on location at Navy commands stateside and overseas. Host commands host three cruises every summer, typically with four prospective officers in each.

The purpose is for the midshipmen to gain firsthand experience with the various communities of the sea service before officially starting their officer careers, Navy officials say. Over their first two summers, midshipmen use their cruises to get acquainted with Navy aviation, submarines and surface communities, and train with Marines at stateside military bases. They also do a cruise on a ship or submarine fully integrated with enlisted members. For their third and final summer, they get a say. Availability and budget determine if they get their choice.

Both Cooney and Morrissey had overseas high on their wish lists.

"For me, I have the entire rest of my life to spend in the States if I want, and how many times do you get to go to a foreign country, especially on the government&#8217;s dime?" Morrissey said. "It&#8217;s something that none of my friends at school get to do. It&#8217;s really cool."

Krueger said his goal was to have the midshipmen spend half a day training with each of the squadron&#8217;s departments. He says he has a lot of flexibility in choosing their activities.

"By no means is there a set curriculum," Krueger said. "It&#8217;s all about the experience so that they can make an informed decision when they go for service selection."

Apart from their out-of-town flights on the squadron&#8217;s SH-60B/F Seahawks, the women have done pre-flight walkthroughs and basic training missions with the pilots and learned about safety gear and maintenance practices.

Both women have the aviation community high on their career preference list. Cooney knows it&#8217;s where she wants to be. Morrissey says she is also considering going the medical school route by way of the surface Navy.

Cooney says observing the pilots&#8217; actions on her current cruise is giving her a good glimpse of what she can expect in the future. Many of the pilots, she said, are right out of flight school.

"You kind of watch from afar and see how they kind of come into the squadron, learning what to do and what not to do as far as being new and what&#8217;s good to know," she said.

Morrissey says coming into her cruise with an open mind has helped her.