Mideast Notebook: Seabees wonder: When do we go home? 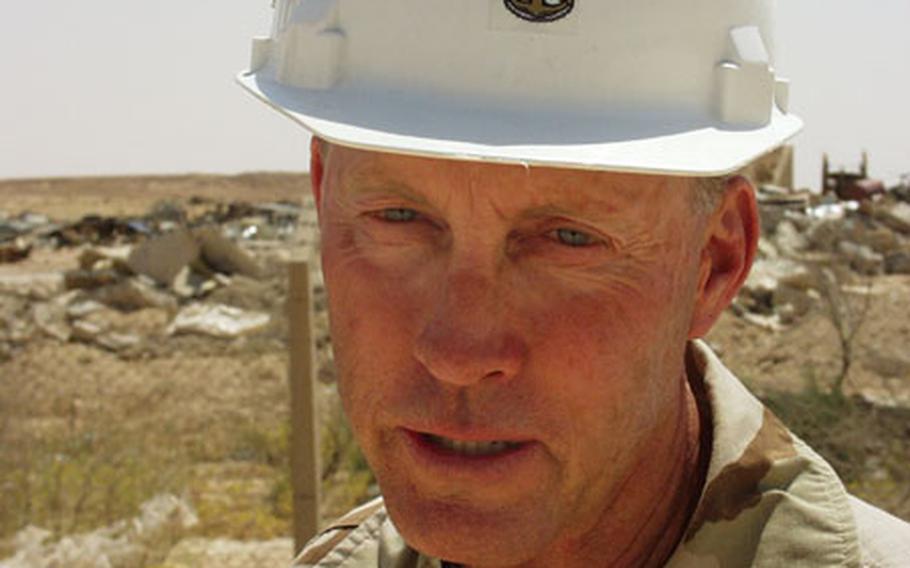 Seabees are traditionally deployed for six or seven months, according to Chief Petty Officer Mike Proctor. For example, the active-duty Seabees of NMCB 74 know they will be deployed for 6-7 months, he said. That is what the orders state.

But the reservists&#8217; orders are for 12 months with a possible 12-month extension.

&#8220;They are anxious to know a date and would feel a lot more comfortable if there was a specific rotation date,&#8221; Proctor said. &#8220;The people and the families back home are wondering when the Seabees are going to be able to come home.&#8221;

Employers, they explained, had to make accommodations for reservists who were called up to duty. Some hired temporary help; others simply had another employee take up the slack.

Some of the Seabees from NMCB 14 told people to expect them back home in October, which would be the case if their deployments were seven months. Others did not give their families and employers any firm date because they couldn&#8217;t.

On Wednesday, he was hammering together benches for the base chapel.

Petty Officer 3rd Class Richard Furtado of Orlando, Fla., said he hoped the Seabees would soon be able to build more things outside the fence at al-Asad, such as schools for Iraqi children. The security situation does not enable that for now, he said.

Patterson at the time was on leave from duty in Iraq.

Campbell, a Seabee reservist, would soon be called up for duty and sent to al-Asad, a Marine-controlled air base 130 miles west of Baghdad. As it turned out, it was the same place his cousin was stationed.

The two cousins tried to track each other down for the past month on the huge base. Finally, on Wednesday, they met up at one of the base&#8217;s chow halls. Campbell was sitting by himself at the entrance to the chow hall, eyeing each Marine who entered. They saw each other at the same time.

He can also play chess.

Pierre earlier this week won a chess tournament among 17 troops stationed at al-Asad. He plans to play in the next tournament, too.