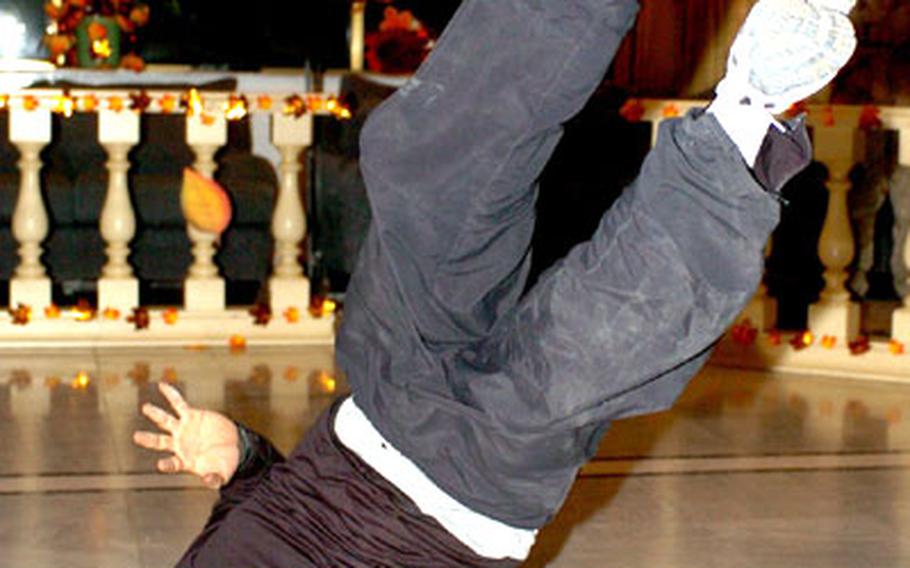 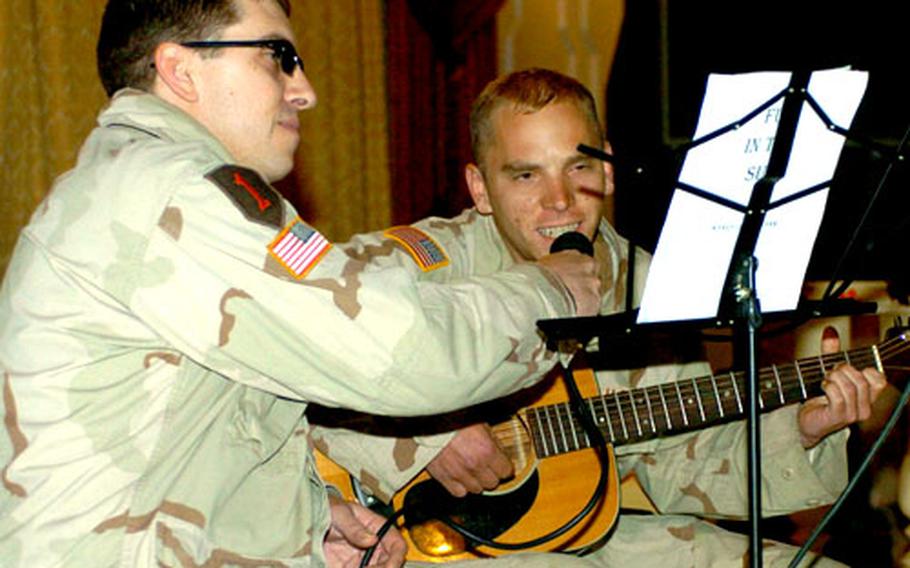 Spc. Stacy Starr, left, and Spc. Jason Marquis, both of Headquarters and Headquarters Company, 121 Signal Battalion, perform a song they wrote in a talent show at Forward Operating Base Danger. (Photo courtesy of U.S. Army) 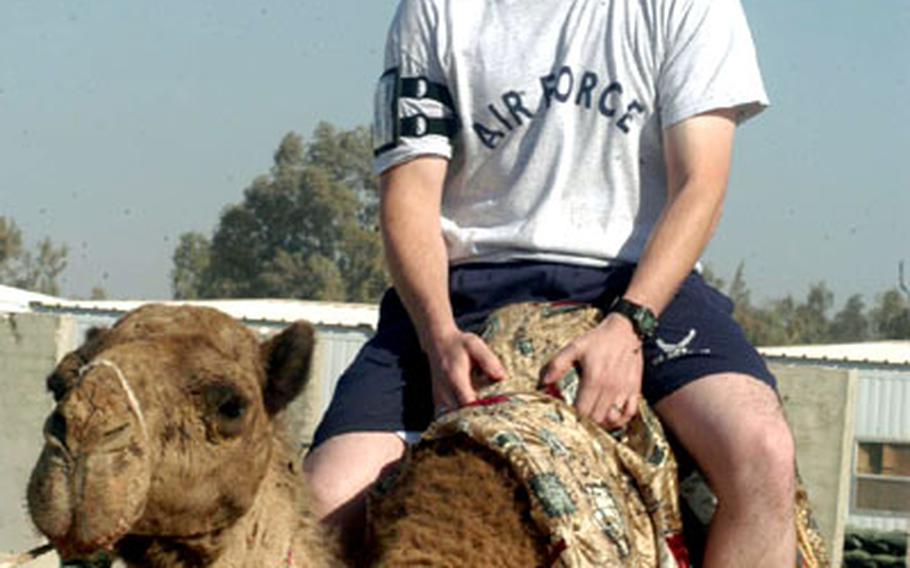 In Iraq, the weather has suddenly and shockingly dipped from 100-degree days to near-freezing nights.

One might think this would be the perfect time for soldiers to pull out their brand-new, toasty-warm $99.95 Polartec U.S. Army Spear jackets. They are among the favorite pieces of gear from the Rapid Fielding Initiative, a Christmas-like cascade of high-tech presents showered upon the 138,000 troops as they arrived in Iraq last spring.

But most jackets remain in soldiers&#8217; duffle bags around the country.

The brass in Baghdad have barred soldiers from wearing the jackets because, according to one sergeant major in the know, they do not have rank and unit insignias on them, and because they are the wrong color (black).

Actually, it is permissible to wear them underneath the sand-colored desert camouflage uniforms. Kind of like pulling on a T-shirt over your ski jacket.

Some unit commanders have quietly shuffled this order to the bottom of the stack, opting to overlook troops&#8217; donning of the forbidden fleece to stop their teeth from chattering while on all-night combat patrols in unheated Humvees.

In other units, though, the order is being strictly enforced. Which has set officers and soldiers alike to rolling their eyes and muttering about rule-making by the garrison-bound.

Words to talk about

The newbies from units like the 42nd Infantry Division and the 256th Brigade Combat Team have got to learn more in Iraq than how to defeat a tenacious, murderous enemy.

Have a great year, snappers.

While it&#8217;s certain some of the soldiers showed off some underappreciated skills and talents, others may still want to stick to their day jobs.