Mideast Notebook: A dirty job but someone’s got to supervise 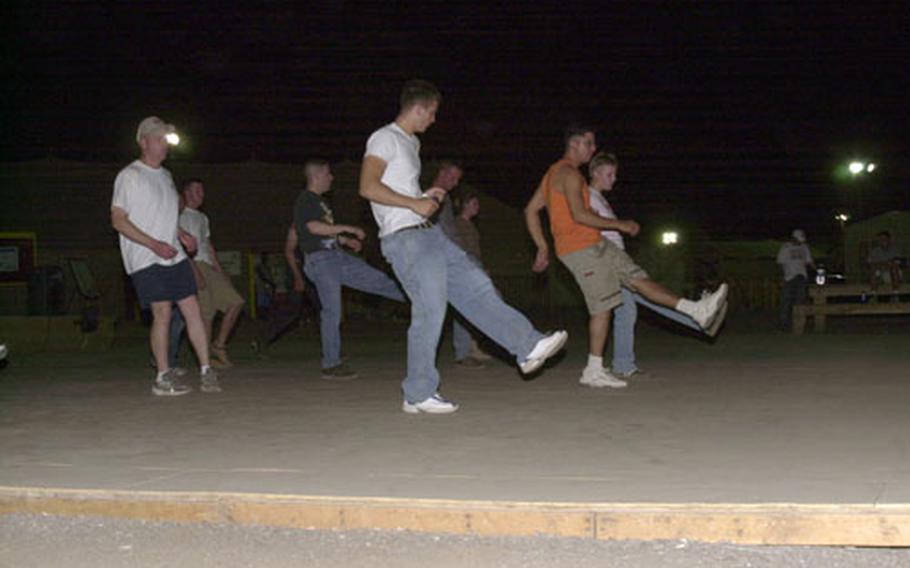 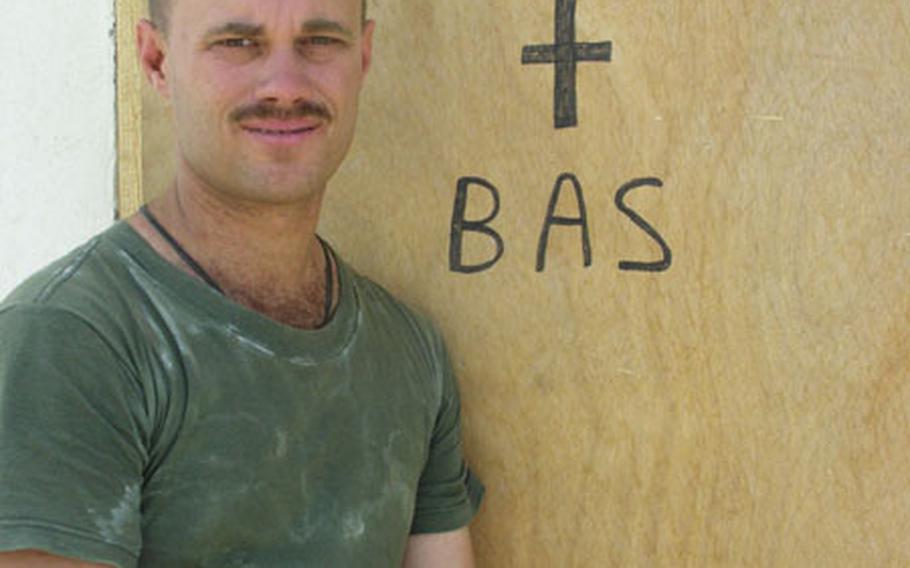 The crew used a large vacuum hose attached to the truck to suck the johns dry and then washed them down with a power sprayer, leaving behind a fresh roll of toilet paper in each. Pierce said his job was to make sure the crew didn&#8217;t put bombs in the latrines.

Dancing the night away

Music fans can enjoy the latest tunes and put on their dancing shoes at the Morale, Welfare and Recreation zone 2 courtyard on Camp Arifjan, Kuwait.

Troops can swing their partners each Monday during country & Western night, followed by Tuesday&#8217;s latest R&B sounds. Wednesdays are reserved for techno/trance music, and Thursdays feature the laid back sounds of reggae. Budding stars can make themselves known at open microphone/karaoke night on Fridays, and MWR spices things up on Saturdays for salsa night. The music, being spun by volunteer troops, begins at 7:30 p.m. each night and ends at 11 p.m.

MWR managers said the most popular night at each facility is country & Western night. They said honkey tonk fans will travel to each MWR location for their country night. The salsa night runs a close second, they said.

Daniels said it may not be the typical saloon back home, he said it does bring a piece of the States to the desert.

Since the 2nd LAR company is an infantry-mechanized unit and no women are assigned to it, it was odd to see a small stack of tampons in its one-room aid station. It turns out, though, that medics think they&#8217;re perfect for quickly treating some gunshot wounds.

Hamilton, of Jacksonville, N.C., said he picked up the technique from other corpsmen, but he hasn&#8217;t yet had to utilize it. Hamilton said sanitary napkins also come in handy, even in all-male units.