Middle, high schools merge at 2 US bases in South Korea 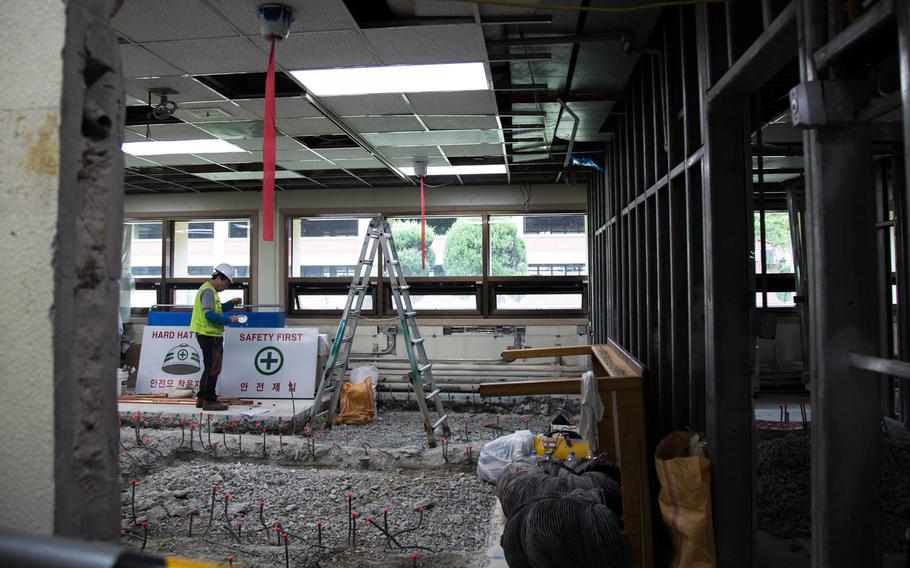 Science classrooms were still under construction at the new Osan Middle High School in South Korea on Wednesday, Aug. 30, 2017. (Marcus Fichtl/Stars and Stripes)

Science classrooms were still under construction at the new Osan Middle High School in South Korea on Wednesday, Aug. 30, 2017. (Marcus Fichtl/Stars and Stripes) Boxes of books sit ready to be unpacked at the Osan Middle High School library in South Korea on Wednesday, Aug. 30, 2017. (Marcus Fichtl/Stars and Stripes) 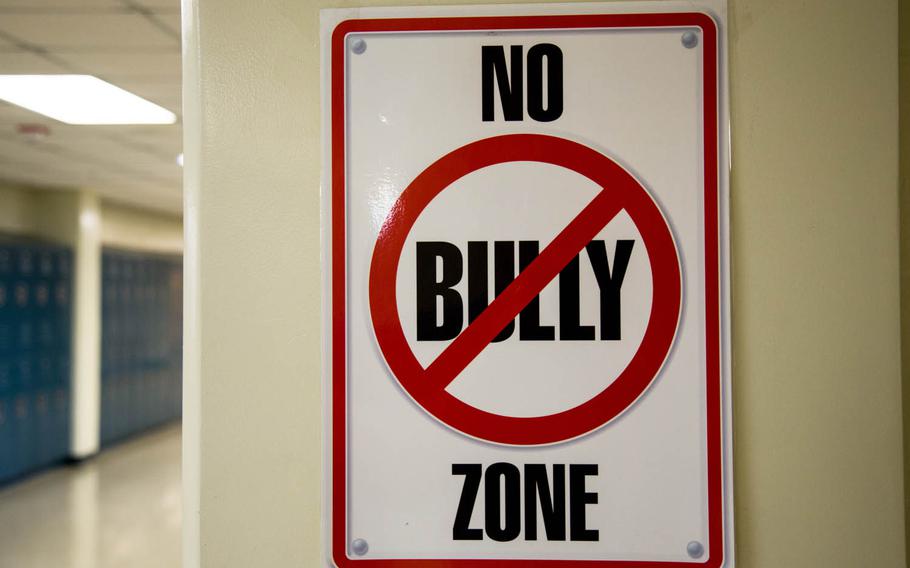 OSAN AIR BASE, South Korea — Middle and high schools at two U.S. bases in South Korea have merged to form a pair of learning facilities that each cater to about 300 students.

At Osan, construction is still underway on new facilities at the merged school. Eventually, it will add science classrooms, a teen center and a greenhouse, said principal Morgan Nugent.

A new rooftop weather station will allow Osan students to share data and track weather patterns across the Pacific, he added.

“We’ll be able to work with Guam and schools in Japan,” Nugent said.

“This building will lend itself to greater learning and thinking,” he said.

It’s quite a contrast to the refurbished barracks that Daegu high-schoolers learned in over the past five years, Grade said.

“We once had lunch, a wrestling tournament and concert all in the same day in the same facility, he added.

Despite the mergers, middle- and high-school students won’t spend much time together in the new schools. At Osan, students will still attend classes in the old middle-school building, which is equipped with its own cafeteria and gym, Nugent said. At Daegu, grades six through eight study on the top floor of the school while grades nine through 12 work on the ground floor with administration and multipurpose facilities, used by all grades, on the middle floor, Grade said.

Both principals said bullying would be dealt with at their schools just as strictly as before.

Changes at the schools are still underway.

At Daegu, new school equipment is on the way to be integrated into the facility by November, Grade said. At Osan, the new science classrooms will be finished next semester, and plans are in place to expand the library to accommodate 18,000 books, Nugent said.